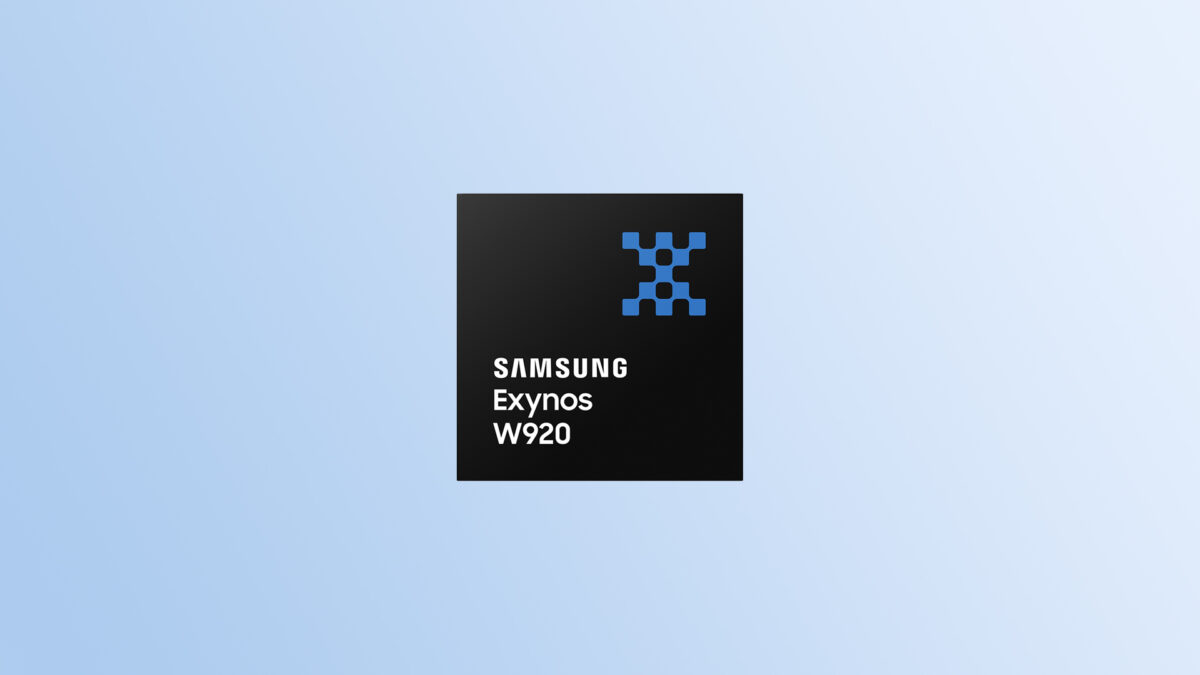 The Exynos W920 is made using Samsung Foundry’s latest 5nm process. It features two ARM Cortex-A55 CPU cores and the ARM Mali-G68 GPU. The South Korean firm claims that its new wearable chipset is 20% faster than the Exynos 9110 in CPU tests and offers a whopping 10x faster graphics performance. The Exynos W920’s GPU can handle displays with up to qHD resolution (960 x 540 pixels).

The new Exynos processor comes in the smallest package that is currently available in the wearable segment: Fan-Out Panel Level Packaging (FO-PLP). It includes the Exynos W920, a power management chip, LPDDR4 RAM, and eMMC storage in the same package to efficiently use physical space inside a wearable device. This allows smartwatches to use the saved space to pack larger batteries.

Harry Cho, Vice President of System LSI Marketing at Samsung Electronics, said, “Wearables like smartwatches are no longer just a cool gadget to have. They’re now a growing part of our lifestyles to keep you fit, safe and alert. With the Exynos W920, future wearables will be able to run applications with visually appealing user interfaces and more responsive user experiences while keeping you connected on the go with fast LTE.“