Samsung is seemingly preparing the Galaxy A41 for market release and the company has begun gathering approvals from various regulatory agencies. Recently, what appears to be the battery for the Galaxy A41 has been approved by Safety Korea. The component carries the model number EB-BA415ABY and it reportedly has a capacity of around 3,500mAh.

The photo below was pulled from the Safety Korea website and although the text is quite blurry, sources say that it confirms a 13.5 Wh capacity, which translates to 3,500mAh when divided by 3.85 volts. 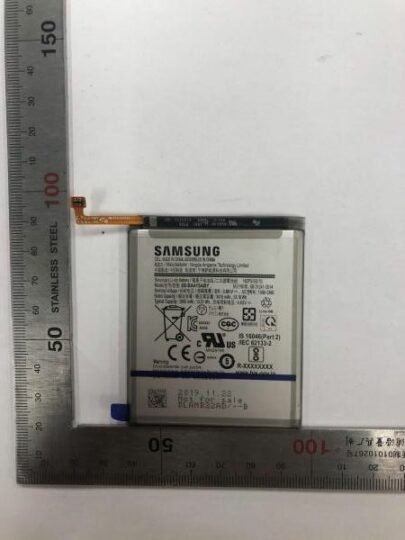 It’s been a couple of months since we learned the first details surrounding the Galaxy A41, but the phone continues to elude the market and it hasn’t paid too many visits to the rumor mill.

But as per previous reports, scarce as they may be, the Galaxy A41 is likely to feature a single 64GB storage option. The device could hit the shelves in three color options namely black, white, and red, and it’s been tipped to sport a 48-megapixel main camera much like the Galaxy A51.

Speaking of which, the Galaxy A51 is already out in some markets and it will hit India this week, presumably along with the Galaxy A71. In theory, the Galaxy A41 shouldn’t be too far behind either. Then again, it could still be a couple of months away from its debut if we account for the fact that the A40 was released in April 2019. Until then, details – including the purported battery capacity – remain subject to change.

Via Phone Galaxy A41 Load comments

Galaxy A42 5G vs Galaxy A41: It seems size matters