The battery capacity of Samsung’s upcoming Galaxy S11+ is seemingly confirmed by a photo of the actual battery. The device will pack an impressive 5000 mAh power cell to fuel that hungry 120Hz 6.9-inch display.

About a month ago, it became clear Samsung will seriously up its battery game in the next-generation flagship devices. Since then, many have been eager to learn what kind of a battery will power the largest of the pack, the Galaxy S11+. A Korean certification database now provides the numbers.

The guys at GalaxyClub have now uncovered a photograph of a Samsung battery carrying model number EB-BG988ABY from the SafetyKorea certification database. For those in the know, it is clear this battery will be part of the SM-G988, better known as the Galaxy S11+. The image leaves little room for guessing, as we can clearly read the battery will have a typical capacity of 5,000 mAh, and a rated capacity of 4,855 mAh. If you previously fantasized about a Galaxy flagship with the battery of the Galaxy M20, your dream will come true in 2020. Of course, we should mention the Galaxy S11+ will desperately need power in such quantities. After all, it is expected to pack a whopping 6.9-inch display with a 120Hz refresh rate. Still, you can always choose to use the device at a measly 60Hz refresh rate and actually enjoy the benefits of having a 5,000 mAh battery capacity. 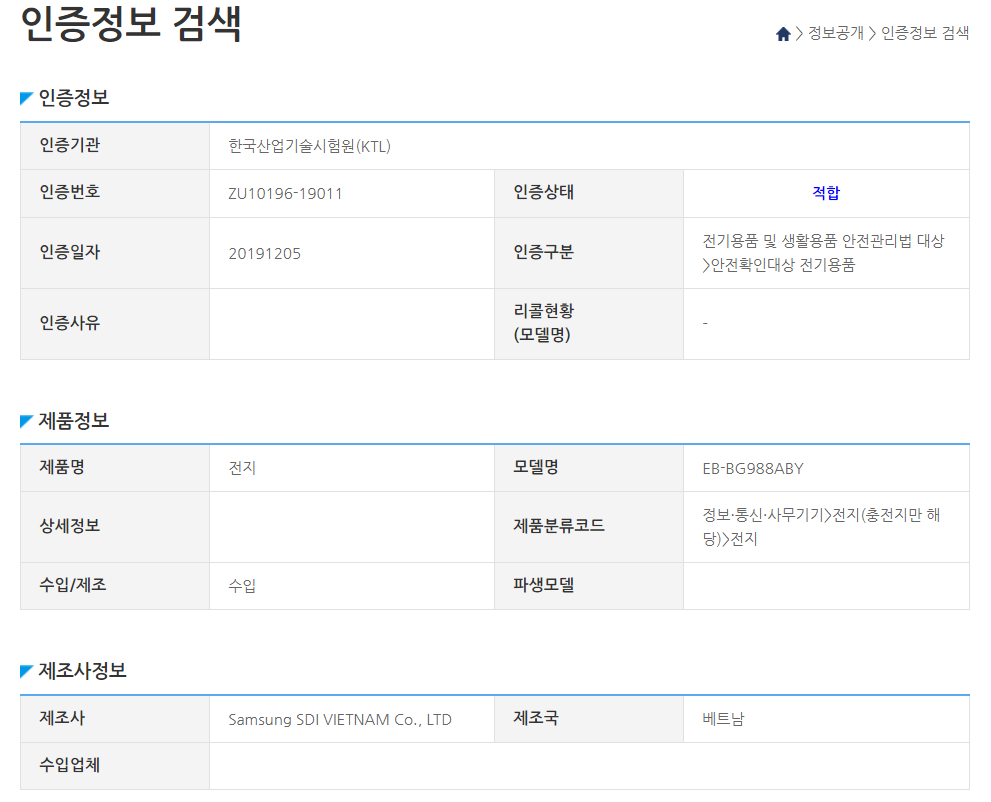