OnePlus has found an entirely new way to copy Samsung 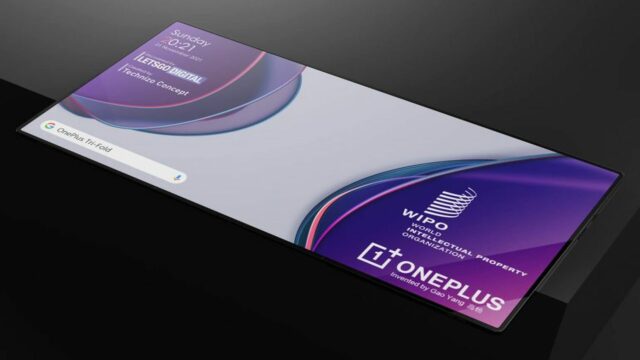 Over the past few weeks, OnePlus has drawn a bit too much inspiration from Samsung. Between accidentally singing praises of the Galaxy Note 20 series’ S Pen to using a Galaxy S22 Ultra-like camera layout for its upcoming OnePlus 10 series, the Chinese OEM can’t seem to get enough of Samsung. Now, some new concept renders of OnePlus’ first-ever tri-folding tablets have emerged online.

LetsGoDigital, in tandem with Parvez Khan of Technizo Concept, has drawn up some fantastic-looking 3D renders of OnePlus’ tri-folding tablet. While this may be a first for OnePlus, the concept had been adopted by several OEMs such as Oppo, TCL and even Samsung. However, we’re yet to see such a device being sold over the counter. 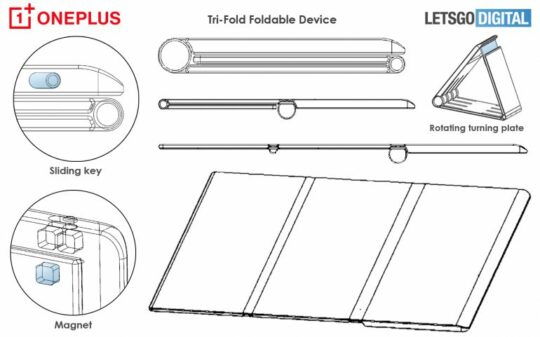 In the patent document above, we can see that OnePlus’ tablet will a combination of two hinges in series to enable folding.  While the exact screen size isn’t specified, it appears that all three foldable edges will be identical in size. It is also apparent that one of the hinges is larger than the other, so the device could have trouble staying flat when laid out on a surface.

Unlike OnePlus, Samsung already has a working prototype of its tri-folding tablet. A cursory glance at its software tells us that Samsung has been sitting on it for quite some time. Therefore, we can reasonably conclude that Samsung’s tri-folding tablet will be out and about on the market well before OnePlus, although its sister company Oppo could beat it to the punch.

Besides, only Samsung Display has the technological know-how to manufacture foldable displays, so it wins regardless. The company has already demonstrated some shiny new foldable display concepts, making a tri-folding device look like a thing of the past. A Samsung-branded double-folding phone is reportedly en-route already, so OnePlus will almost certainly be a few months/years late to the foldable party.