OnePlus surprises everyone with some free Samsung advertising 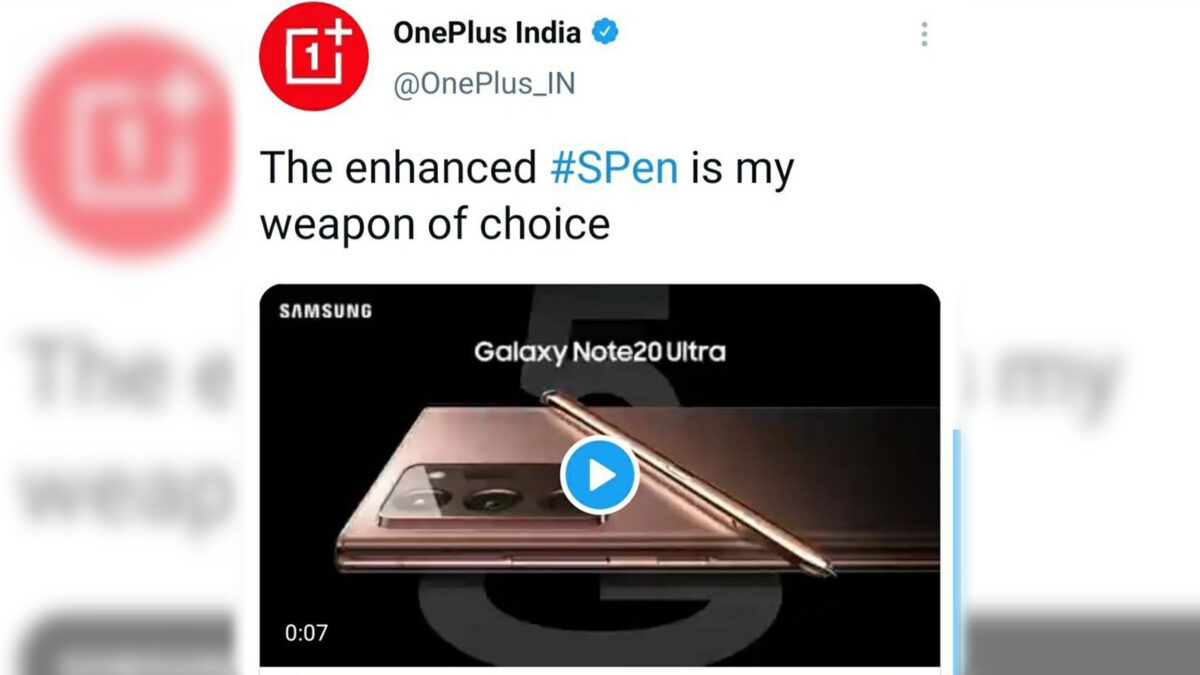 Don’t call it a “fail”; let’s say it was a moment of genuine clarity on the part of whomever was in charge of OnePlus India’s Twitter account. The very one that surprised us with a nice Galaxy Note 20 Ultra ad. “The enhanced #SPen is my weapon of choice”, said the tweet.

A bold choice of words, that one. Not too original, either, seeing how this overly dramatic copy has been been periodically circulated by Samsung since late last year. But it’s alright, OnePlus can work on its messaging and try to be more original next time around.

There’s still time until the next Galaxy Note generation drops. There’s nothing but time, unfortunately – there’s no Note flagship coming this year, if you had forgotten. So we ought to be thanking OnePlus for brightening up this otherwise glum year for Galaxy Note fans. Or rather, the agency responsible for this mishap, which can’t be doing too badly if its client list includes both Samsung and OnePlus.

In the grand scheme of things, we’d rate this at four out of five “sent from iPhone” tweets. At least we know we’re not the only ones thinking about the Galaxy Note series and how it’s almost time for its annual upgrade… except it isn’t. Meanwhile, OnePlus got recalled back to the mothership last month as its parent company, China’s giant OPPO, started gathering its strength in order to try challenging Samsung’s global leadership in smartphones more directly. That’s going to be a tough battle for it to win. But hey, with the new(ish) S Pen being its “weapon of choice” – anything is possible, no?