Official changelog for Android 11-based One UI 3.0 beta update is here! 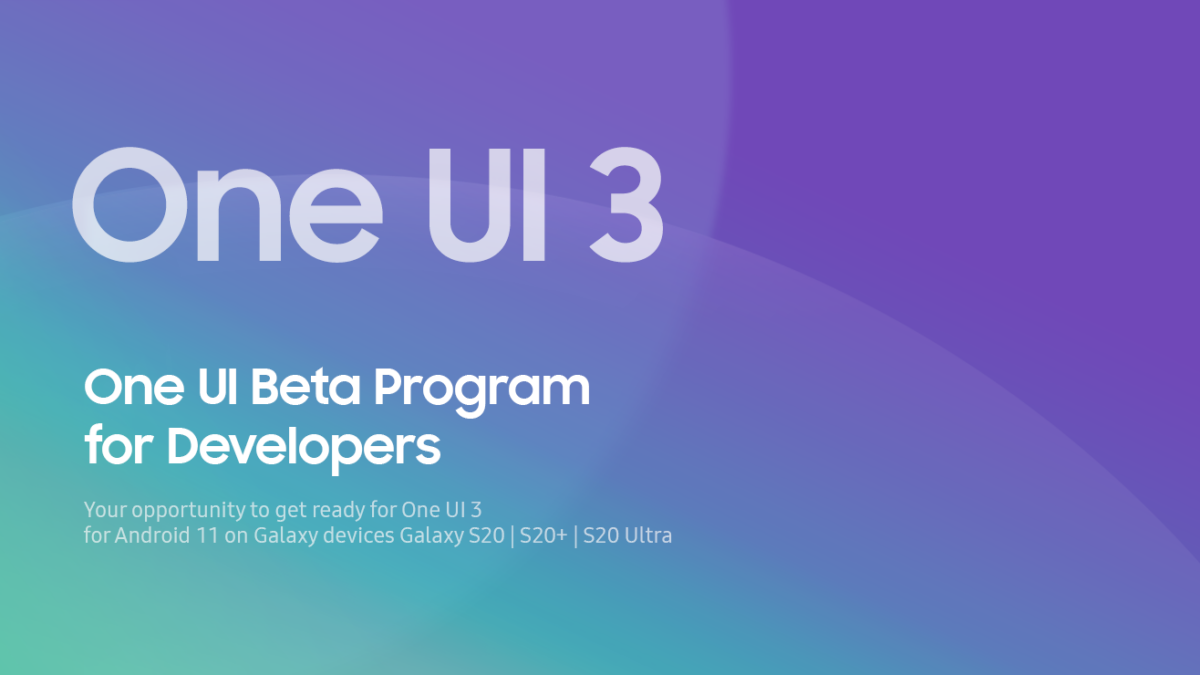 After announcing the Android 11-based One UI 3.0 beta program for the Galaxy S20 series last month, Samsung released the new software to registered developers in South Korea and the US last week. Now, the official changelog for the One UI 3.0 beta update has surfaced, explaining the changes and improvements that Samsung is bringing with its new software.

Along with the new features from Android 11, One UI 3.0 also brings Samsung’s own enhancements and improvements. The One UI 3.0 update is currently only available to registered developers using the Galaxy S20, Galaxy S20+, or the Galaxy S20 Ultra. However, the company will roll it out to public beta testers in China, Germany, India, Poland, South Korea, the UK, and the US in the coming weeks. The update (with firmware version G986U1UEU1ZTI7 for the Galaxy S20+) has a file size of 2507.68MB and it comes with the September 2020 security patch.

Samsung notes that some apps, including Calculator, Samsung Health, Samsung Internet, Samsung Notes, and Samsung Pay, need to be updated individually after the operating system update has been installed. Moreover, themes can’t be used in the beta version of One UI 3.0. However, Samsung will add support for themes with the final version of One UI 3.0. It has also replaced Voice Assistant with Talkback.

Here are the new features and improvements that Samsung is bringing with One UI 3.0:

Samsung has added quick access to the most important accessibility settings to the device setup process. In the Settings menu, accessibility shortcuts can be set more easily. Sound detectors work with SmartThings devices such as a Samsung Smart TV and lights.

You can use grouped preset Bixby Routines to start using the feature and learn to build them quickly. Samsung now lets you see what actions are reversed when a routine ends. New actions and conditions have been added to Bixby Routines. New actions include accessibility actions and talking to Bixby. New conditions include the disconnection of a Bluetooth device and Wi-Fi networks, a specific time, a call from a specific number, and more. Samsung is also allowing you to customize the icon for each routine and access routines from the lock screen.

The company has added the ability to revert edits made to an image in the Photo Editor so that you can go back to the original version of an image.

The company claims that it has improved the performance of autofocus on the Galaxy S20 series and improved the stabilization while capturing images of the moon at high zoom levels.

One UI 3.0 brings along the option to quickly delete duplicate contacts. The Contacts app’s search experience has been improved, and the Trash Bin feature has been added in the Messages app. The call screen can be customized using personal images and videos. You can turn on or off the ‘Call & Test on other devices’ feature using Bixby Routines.

With the latest version of the Calendar app in One UI 3.0, events with the same start and end times are shown together in Agenda and Month views. Options to add and edit events have been reorganized, and the layout for full-screen alerts from the Reminders app has been improved.

Samsung has added trends to the weekly Digital Wellbeing report so that you can see how your usage has changed compared to the previous week. You can even check your usage time for each feature. The company has also added a feature that lets you see how much time you’ve spent on calls while driving. It has also added a lock screen widget that lets you check your screen time without unlocking the device. There are now separate Digital Wellbeing profiles for personal and work modes so that you can track screen time separately.

You can touch and hold an app to add an associated widget and turn off the screen by double-tapping an empty area on the home screen. Samsung has also added more Dynamic Lock screen options and improved lock screen widgets. Conversations and media playback widgets now have their own sections in the Quick Panel. The company has also improved the Always On Display widgets.

The South Korean firm’s internet browser has received a bunch of improvements with One UI 3.0, including the ability to block websites from redirecting to another page when you tap the back button. The new version of Samsung Internet gets a reorganized menu and several new add-ons, including the one that can translate websites from one language to another. There’s a new option to hide the status bar for more immersive web browsing. You can now keep up to 99 open tabs, and even lock and reorder them. The tab bar design has also been improved. However, Samsung has ended support for Samsung Internet edge panel.

Samsung Keyboard settings can now be found more easily in the General management section in the Settings menu. The company has reorganized the settings so that the most important ones can be found more easily. Although the option to wirelessly connect Galaxy S20 series smartphones to compatible TVs in Wireless DeX mode was added in One UI 2.5, the feature is also listed in the One UI 3.0 changelog.