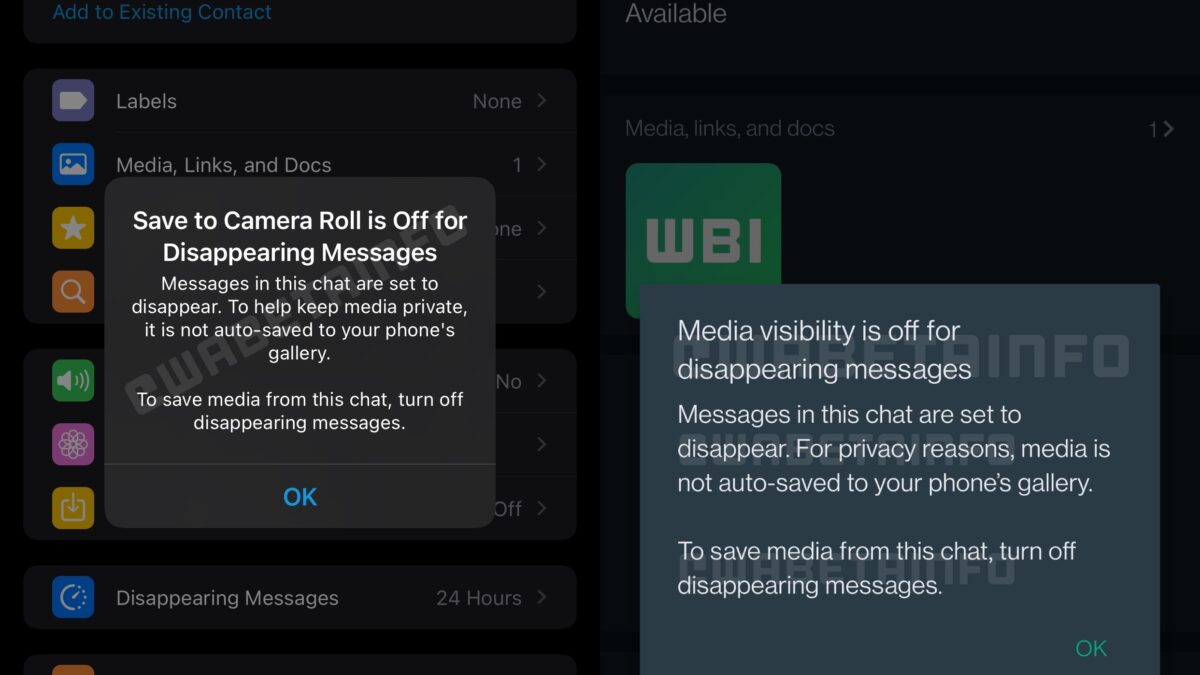 The latest WhatsApp update for Android and iOS adds another layer of privacy for disappearing chats. Media sent in chats with disappearing messages enabled will not be saved on the phone’s gallery by default (via WABetainfo). Essentially, anyone trying to view media contained in a disappearing chat outside of WhatsApp will be unable to do so.

However, one can still save media sent in disappearing chats. It is a bit more cumbersome and has to be done on a per-photo/video basis on Android. The only other alternative is to switch off “disappearing messages” altogether. Previously, one had to set an image/video to “view once” to achieve the desired effect, which is less than ideal in some cases.

Unlike the previous beta-only features like improved voice note controls, and emoji reactions, the above feature is rolling out to all eligible devices and will be available via an OTA update on your Samsung Galaxy device in the next 24 hours. It will retroactively apply to all existing chats with disappearing messages enabled, so it’s best to save any important data before installing the update.

In the recent past, WhatsApp has received a slew of new features. The company may not be as far ahead in terms of features as its competitors, such as Telegram, but it is working hard to meet the needs. Reportedly, a new WhatsApp feature is in the works, that would allow users to keep the […]

According to a new report from WABetaInfo, the upcoming version of WhatsApp will allow people to transfer their WhatsApp data from one Android device to another Android device using a local network (either through Wi-Fi or Wi-Fi Direct). This feature will eliminate the need for Google Drive, which means people will no longer have to […]