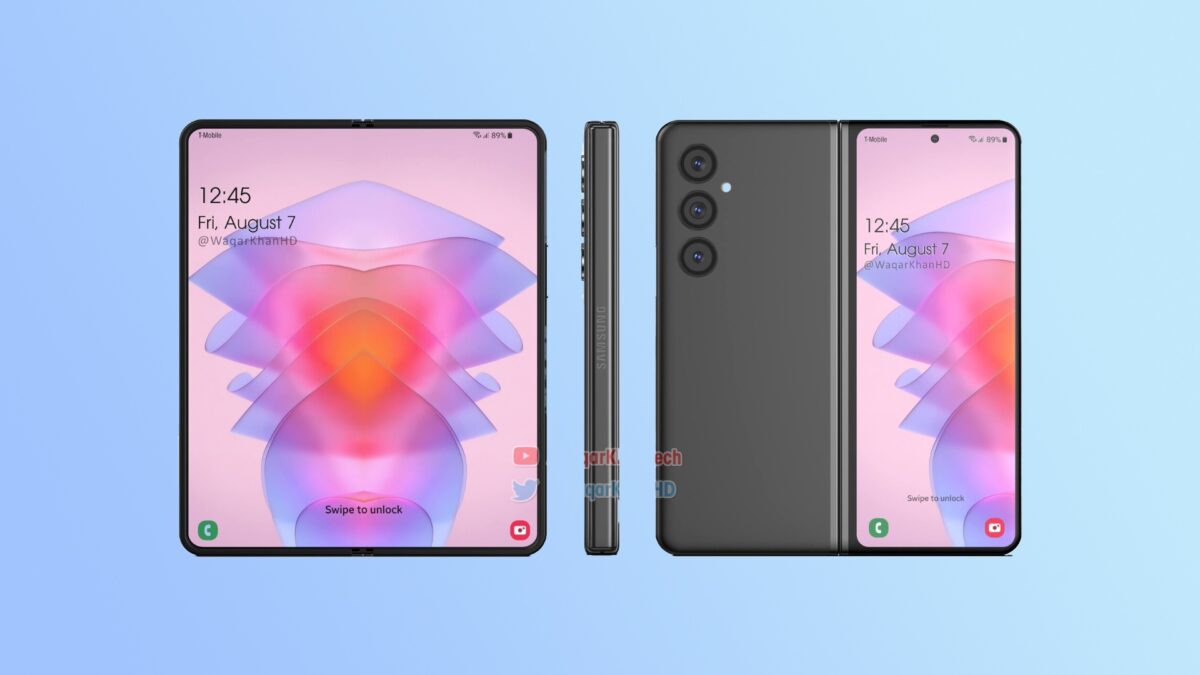 Now that Samsung has launched the Galaxy S22 series worldwide, the rumor mill’s focus has shifted to the company’s upcoming devices. A few days ago, the first possible image of the Galaxy Z Fold 4 was revealed. Today, a few more concept images of the foldable phone have been published.

Tipster Waqar Khan (@WaqarKhanHD) has published more high-resolution concept images of what could be the Galaxy Z Fold 4. If this is the final design of Samsung’s upcoming foldable phone, the company seems to have used a rear-facing camera design similar to the recently-released Galaxy S22 Ultra. There’s no camera island, and all the camera sensors protrude individually from the body.

The most significant improvement could be the inclusion of the S Pen slot within the device. While the Galaxy Z Fold 3 was the first foldable phone from Samsung to feature S Pen compatibility, it lacked a dedicated silo to store the S Pen. It limited the usability of the stylus, and many consumers have been requesting the South Korean firm to improve on that. Hopefully, Samsung hasn’t reduced the battery capacity to achieve this goal.

What do you think of this Galaxy Z Fold 4 concept? Let us know in the comments section below.