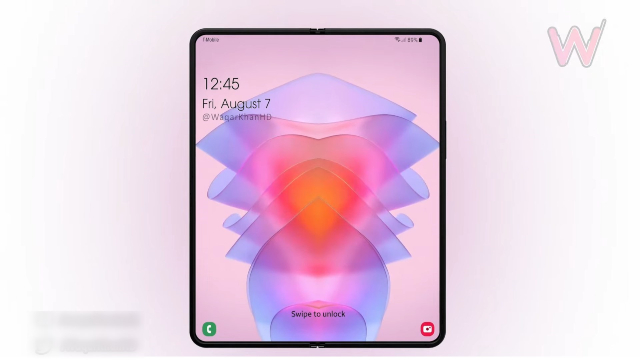 Samsung is “the brand” when we talk about foldable and flip phones. The Galaxy Z Flip and Z Fold series have been so popular that they even made Samsung the undisputed king in the foldable smartphone category in 2021. Taking things forward, Samsung is expected to launch the next-generation Galaxy Z Fold device, the Galaxy Z Fold 4 this year.

The concept video of the phone shows a sleek Galaxy Z Fold 4. Do note that this is a concept, and there isn’t much information available about the actual design. So, take, or rather, watch the video with a pinch of salt. It does seem plausible based on the design direction we’ve seen Samsung take with the Galaxy S22 series.

The concept design shows separate camera modules protruding from the device’s body. It will surely become a new place for the dust and debris to accumulate. There is a side-mounted fingerprint scanner, and the backside of the phone is slightly curved. This would make it a bit easier to hold.

The S-Pen is also shown here, and there is a housing for it on the same side as the Galaxy S22 Ultra. Samsung is expected to pack the S-Pen inside the Galaxy Z Fold 4, though there is no confirmation regarding that as yet.