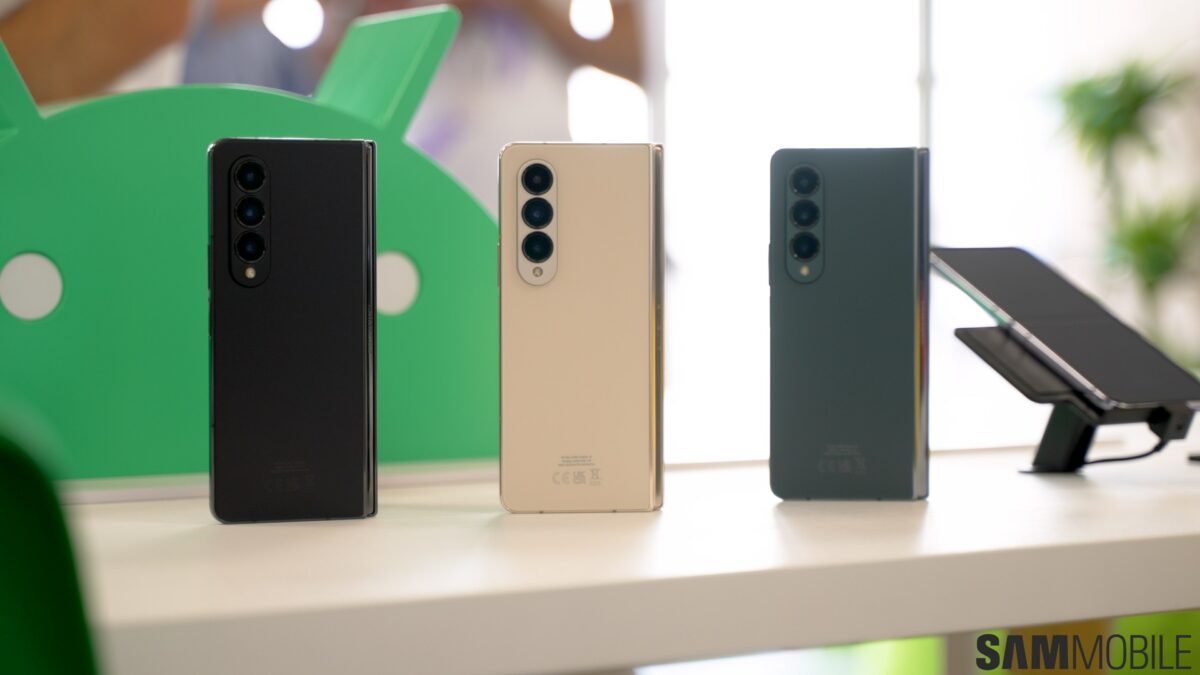 After the success that Samsung had with the Galaxy Z Fold 3, there are high hopes for its successor. In this Galaxy Z Fold 4 hands-on, we discuss how Samsung has made its latest flagship smartphone the personification of power and prestige.

All of the changes that Samsung has introduced with this latest device significantly improve the user experience. As expected, the Galaxy Z Fold 4 is packed to the gills with the latest technology. With a powerful chipset, ample memory, and storage as well as much-needed camera improvements, the device ticks all of the boxes.

The design and build quality are on point with a slimmer hinge adding to its appeal. Samsung has tweaked the aspect ratio to make one-handed use easier. It’s also aided by the slight weight reduction to 263g. This is the lightest Galaxy Z Fold handset from Samsung yet.

Samsung has fashioned the device out of its tough Armor Aluminum. The Gorilla Glass Victus+ on the cover display and rear glass further improve the durability. The IPX8 water resistance rating has been retained as well. The metal frame has a glossy finish this time around. While matte is a personal performance for many, including myself, this will likely appeal to more customers.

The 7.6-inch foldable display now has slimmer bezels for a more immersive viewing experience. What stood out to us the most was the new Under Display Camera. It no longer sticks out like a sore thumb as it did on the Z Fold 3. The UDC on the Z Fold 4 nicely blends into the background. The inner display also retains support for the S Pen which will be good for those who intend to use this device as a productivity beast.

The camera department has received a major upgrade with the addition of a 50-megapixel primary sensor and a 10-megapixel telephoto sensor with 3x optical and 30x digital zoom. There’s a 12-megapixel ultra-wide sensor as well.

The Galaxy Z Fold 4 ships with Android 12L out of the box. It’s the first smartphone to ship with Google’s Android iteration for large screen devices. The multitasking features that it brings, like a new taskbar, allow for seamless multitasking. Features like Multi Active Window are even more powerful and take full advantage of apps from the likes of Google, Microsoft, and Meta that have been optimized for the foldable.

It’s been a solid showing from Samsung. The Galaxy Z Fold 4 addresses some of the pain points that the Galaxy Z Fold 3 had comprehensively. At $1,799, this is Samsung’s most expensive and prestigious smartphone. Our brief encounter with the device has certainly left us impressed.

Check out our full Galaxy Z Fold 4 hands-on video below for more insights about the new device.

Samsung’s newest foldable phones—Galaxy Z Flip 4 and Galaxy Z Fold 4—haven’t been getting timely updates, at least compared to previous-generation and Galaxy S series devices. Today is the end of September, and the South Korean firm has released the September 2022 security update in the same month. The latest software update for the Galaxy […]