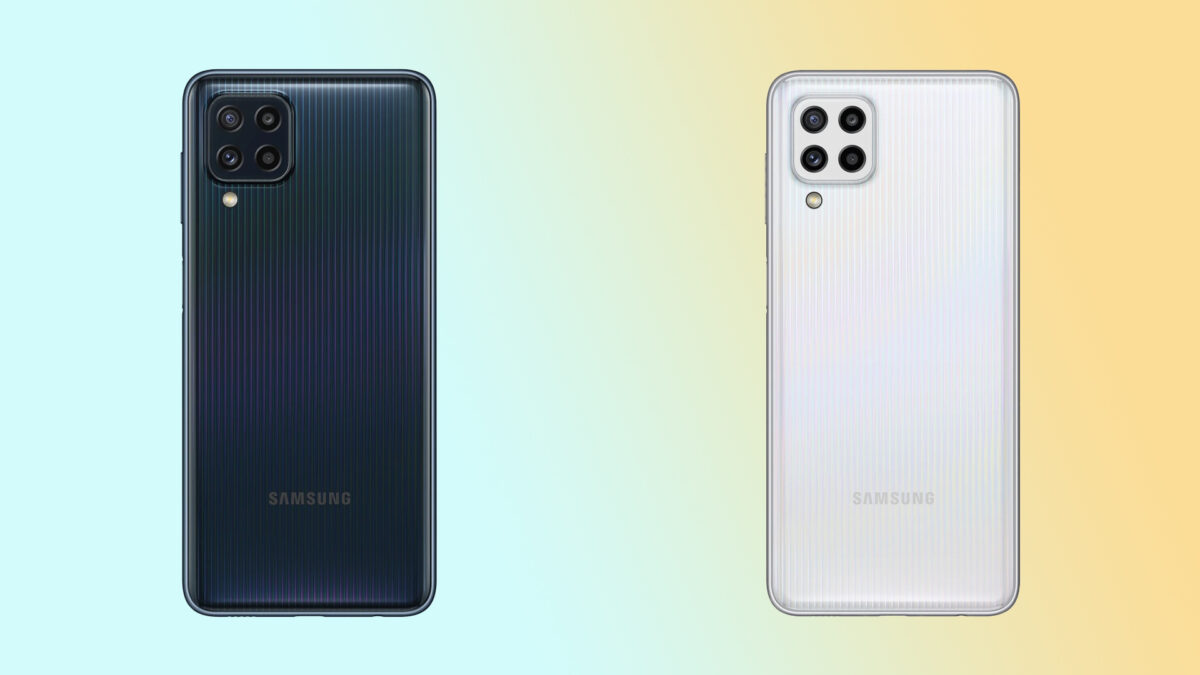 The Galaxy M32 is all but official. The phone is expected to hit the market in India next week, and it holds few — if any —  mysteries at this point. The device was leaked left and right, and now, Google reconfirmed a few of the Galaxy M32 specifications through a Play Console listing.

The listing confirms that the Galaxy M32 is equipped with a MediaTek MT6769T chipset, aka the Helio G80. It features two Cortex-A75 high-performance cores clocked at 2.0GHz, and six Cortex-A55 efficiency CPU cores that can operate at 1.8GHz.

The application processor is coupled an ARM Mali G52 graphics chip clocked at 950MHz and 6GB of RAM, though additional RAM options will likely be offered at launch.

The Google Play Console listing doesn’t reveal the size of the display, but it’s rumored to boast a 6.4-inch diagonal. As for the Infinity-U display notch, this design detail was confirmed by Samsung’s own press renders. They got published prematurely last week.

Oddly enough, Google’s listing claims that the Galaxy M32 has a display resolution of 1080 x 2009, which is highly unusual and likely incorrect. The alleged 450ppi pixel density only adds to the confusion.

The point is that the 450ppi density mentioned by Google’s listing is likely inaccurate, but other specifications such as the MediaTek SoC and RAM seem to be on point. And just in case there was any doubt left, the Galaxy M32 will ship with Android 11 out of the box. 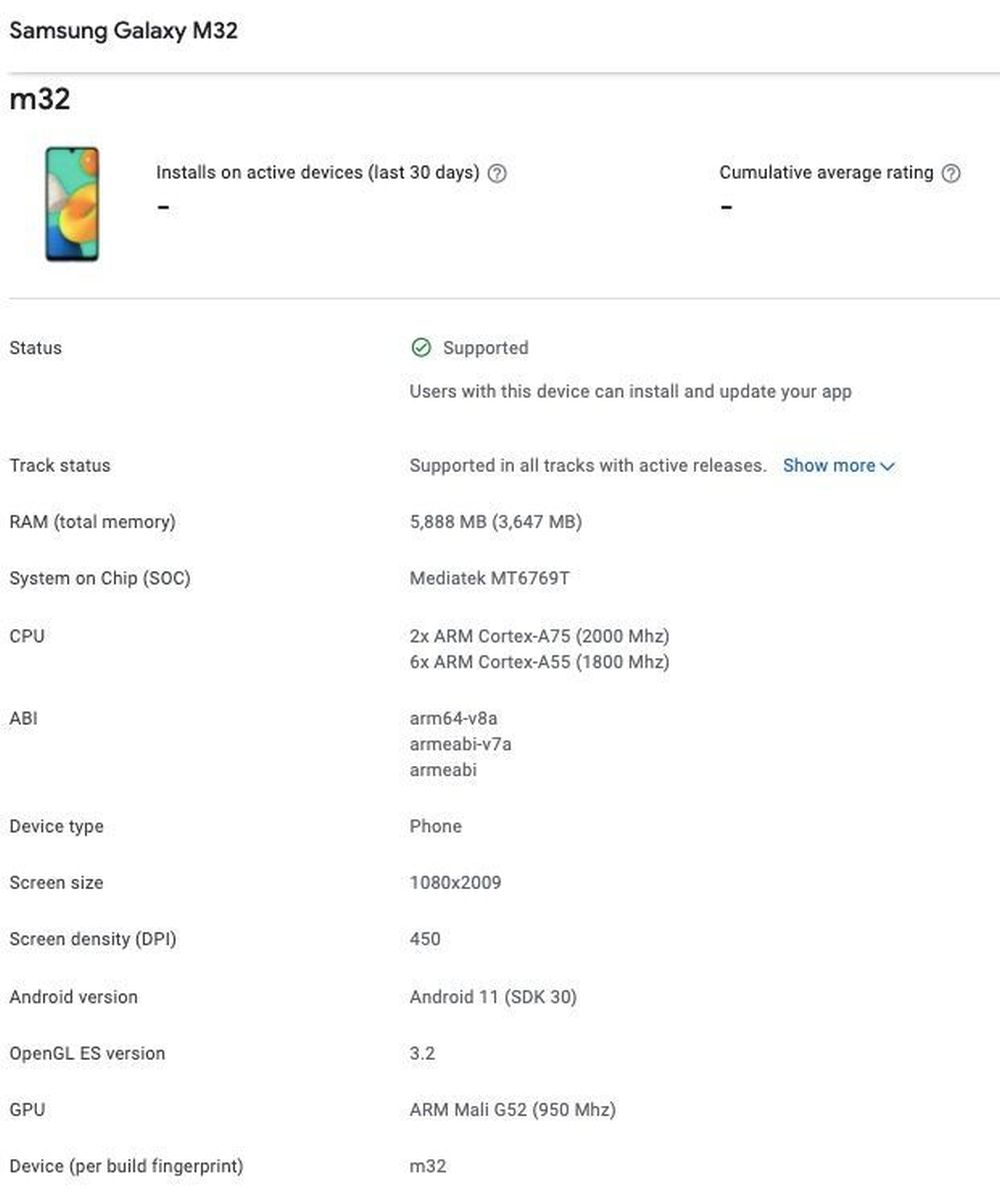