It has been renders galore this week for upcoming Samsung products. We’re seeing leaked Galaxy Tab S6 renders today. The Galaxy Note 10 and Galaxy Watch Active 2 have already surfaced in this manner over the past few days.

These renders for Samsung’s new flagship tablet show what we already know to be true about the device. It takes a lot of cues from the Galaxy Tab S5e, which means there’s no 3.5mm headphone jack either, while also introducing a dual camera setup to the mix.

We were the first to leak real live images of the Galaxy Tab S6 and also to confirm that this tablet won’t actually be called the Galaxy Tab S5. Samsung is skipping that to go straight to the Tab S6 branding. Our report mentioned that there’s going to be a dual camera and a groove at the back to which the S Pen would magnetically attach.

That’s what we get to see in these renders which show the S Pen magnetically attached at the back. The S Pen has been redesigned as well and doesn’t seem to have a metal ring like before. It will be color-matched with the tablet.

The dual camera system is hard to miss as well. Overall, the design doesn’t stray too far from the Galaxy Tab S5e with a metal construction which should be both thin and light. A keyboard cover accessory can be seen as well which would obviously be sold separately. The colors seen in these renders include blue, grey and pink.

Samsung’s new flagship tablet will feature a 10.5-inch display, Snapdragon 855 with 6GB RAM and 128GB of storage on the base model. There will be both Wi-Fi and LTE variants on offer. The company is likely going to launch the Galaxy Tab S6 alongside the Galaxy Note 10 on August 7 in New York City. 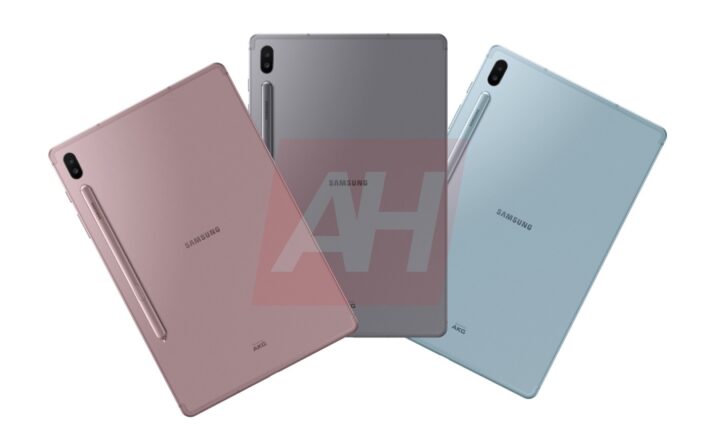 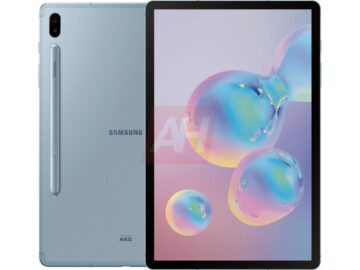 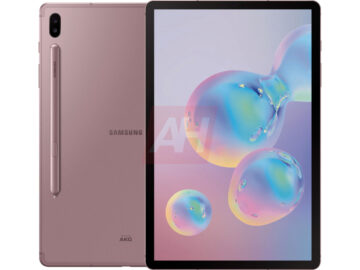 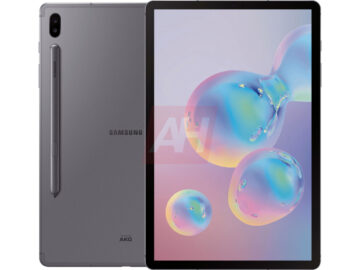 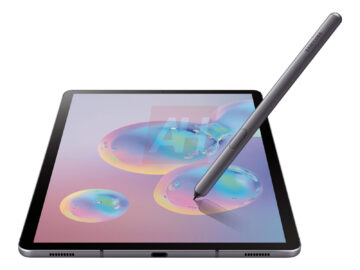 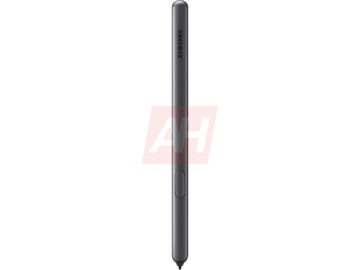 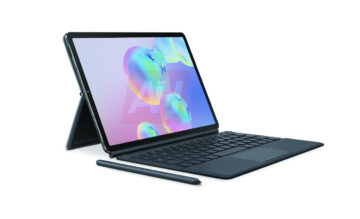