Is the Galaxy S21 Ultra still worth it? Or should you wait for the S22 Ultra? 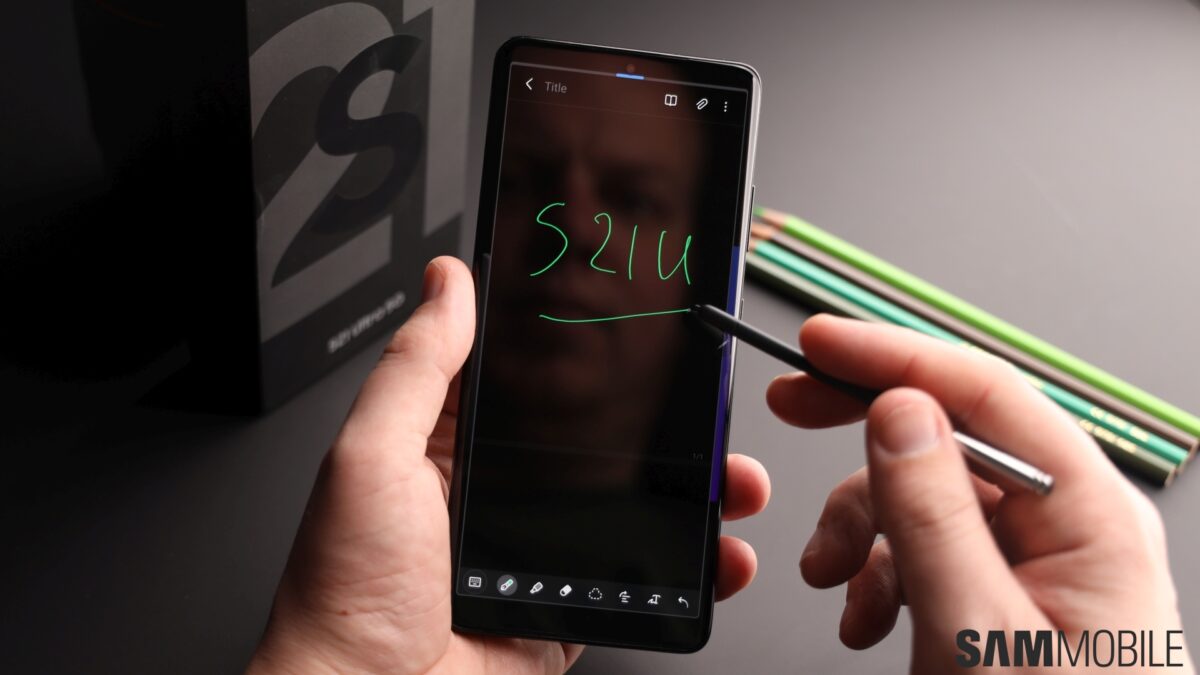 Well, starting with the obvious: no, the Galaxy S21 Ultra won’t be made obsolete by a new flagship. It won’t be rendered useless, but as is the case with yearly upgrades, the Galaxy S22 Ultra should have at least a few key advantages over its predecessor.

The Galaxy S21 Ultra is tried and tested, and it’s the best Samsung smartphone to date, barring foldables and the Galaxy Note series. It has a fantastic camera with great optical zoom capabilities, and it’s powerful enough to handle virtually any task without difficulties — especially the 16GB model.

The 2021 flagship’s exterior design might also be more appealing, judging by the leaked Galaxy S22 Ultra renders so far. The ongoing model has a camera housing design that works very well for the form factor, but Samsung could change things around again next year, and not for the better.

Another reason is that the Galaxy S21 Ultra is cheaper now than it was at launch. And with the holiday shopping season closing in, customers will be able to find all sorts of attractive Galaxy S21 Ultra deals and discounts, especially since Samsung and its partner retailers know that the sequel is just around the corner. Some stores will want to clear up their inventory, so prospective buyers should have many opportunities to buy the Galaxy S21 Ultra this year for a much lower price relative to the Galaxy S22 Ultra’s cost at launch.

Finally, if you’re not a fan of the S Pen at all then you might prefer the Galaxy S21 Ultra over the sequel, since the 2021 flagship could be the last in the series to omit a dedicated S Pen slot.

Reasons why you should wait for the Galaxy S22 Ultra

One of the most obvious reasons is the S Pen — assuming you’re a fan. If you plan on using this popular accessory with your flagship phone, the Galaxy S22 Ultra should be the superior choice.

Samsung already brought the S Pen to the Galaxy S21 Ultra earlier this year, but the phone doesn’t have a dedicated S Pen holster. Instead, the accessory needs to be stored inside an S Pen case that Samsung sells separately, and it lacks Bluetooth features.

In contrast, recent leaks indicate that the Galaxy S22 Ultra will fully embrace the S Pen and come with a dedicated holster — which is one of the key characteristics of a Galaxy Note device.

Moving on beyond the S Pen, there are the usual yearly upgrades to look forward to. If you buy the Galaxy S21 Ultra this year, you’ll be missing out on the upcoming Exynos 2200 chipset, which should be considerably more powerful than the ongoing Exynos 2100 solution — in theory, at least. You can never be too certain about a chipset’s performance before release, especially now that the Exynos SoC is backed by AMD graphics. Preliminary performance reports look promising, but AMD has little experience in the mobile game so only time will tell how Samsung’s new chipset pans out. Besides, the Exynos 2200 might not be available in every market.

Finally, a new flagship will ship with a newer OS version, namely Android 12 with One UI 4.0 on top. Of course, the Galaxy S21 Ultra already has access to this firmware — in beta form — so it might run a polished build by the time the Galaxy S22 Ultra goes on sale. In this regard, you could say that the Galaxy S21 Ultra has a head-start, particularly if you don’t shy away from beta firmware builds. However, the Galaxy S22 Ultra will ship with this latest OS version from day one, which means it will be supported for longer and receive one extra Android OS upgrade before it reaches end-of-life.

At the end of the day, the Galaxy S21 Ultra remains a great flagship and a safer purchase, at least in some areas. It has a fantastic camera system, a great display, and good performance, all wrapped in an elegant design. If you really need to buy a new flagship this year, you probably won’t regret getting the Galaxy S21 Ultra, especially if you find it at a good discount before the end of 2021.

On the other hand, the Galaxy S22 Ultra might become the best S Pen-enabled phone once it goes live early next year, and it will certainly deliver better firmware support than its predecessor. It technically should be faster too, and at the end of the day, there’s no telling what other unique features Samsung might have prepared to differentiate its upcoming flagship from the rest of the pack.

If you’d have to buy a flagship within the next few months, would you pick the Galaxy S21 Ultra this year, or would you wait for the Galaxy S22 Ultra to arrive early next year? Feel free to leave a comment below.