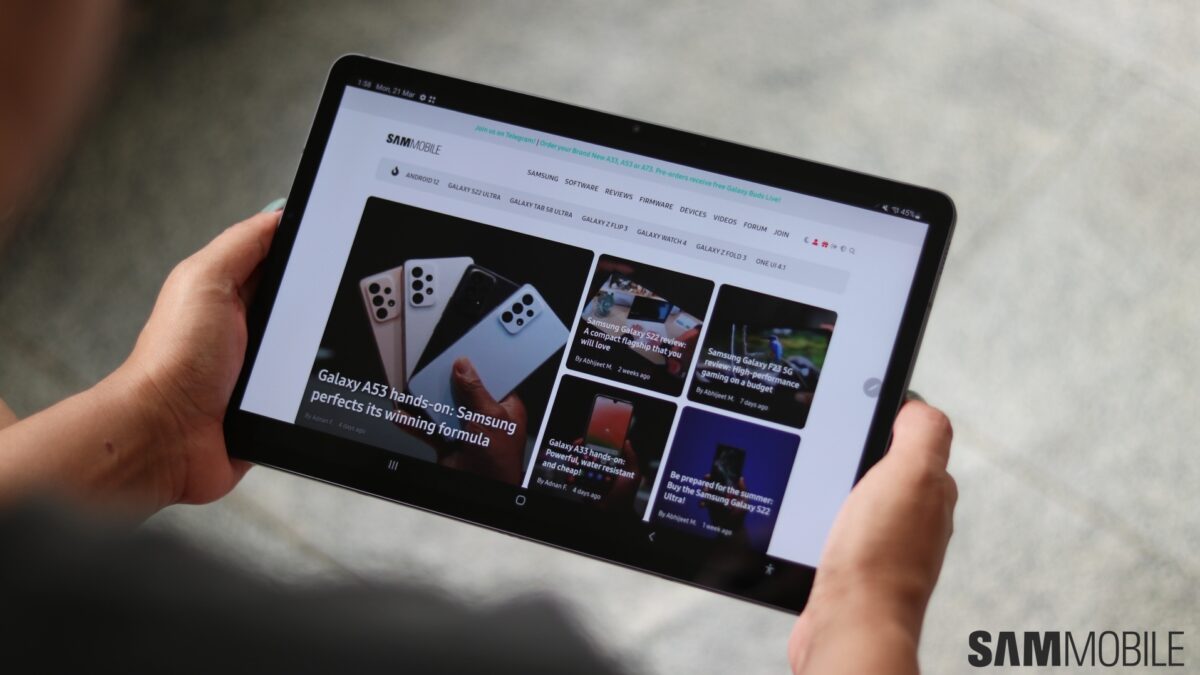 In mid-2021, Google reiterated its commitment to large-screen Android devices like foldable phones and tablets with the launch of Android 12L. As a part of its commitment, the company promised to release tablet-optimized designs for more than 20 first-party apps. And it is staying true to its promise by releasing another app—Google Discover—with a multi-column UI.

The Google Discover section, which stays on the leftmost side of the home screen on your Galaxy tablet, is getting a three-column UI design in landscape mode. Earlier, it was limited to two columns of news articles. This new design reduces the blank space and better uses the screen real estate. The Google logo and your Google account avatar have been pushed toward the left and right corners of the screen, maximizing the screen space. In portrait orientation, it displays two columns of articles.

Even the Google Search app has received this three-column UI design in landscape mode, with the navigation rail on the left side. As noted by 9To5Google, the navigation rail is still missing the Material You design language. This new design for Google Discover and Google Search is limited to devices running Android 12L and Android 13, including the Galaxy Tab S8 series.

Google plans to bring this tablet-optimized design to several other apps, while many apps have already received such designs. The company is also pushing third-party app developers to release multi-column UI for their apps for improved screen space utilization and higher productivity. Samsung has already released similar designs for its own apps.