This is the Galaxy Z Flip 5G in Mystic Bronze! 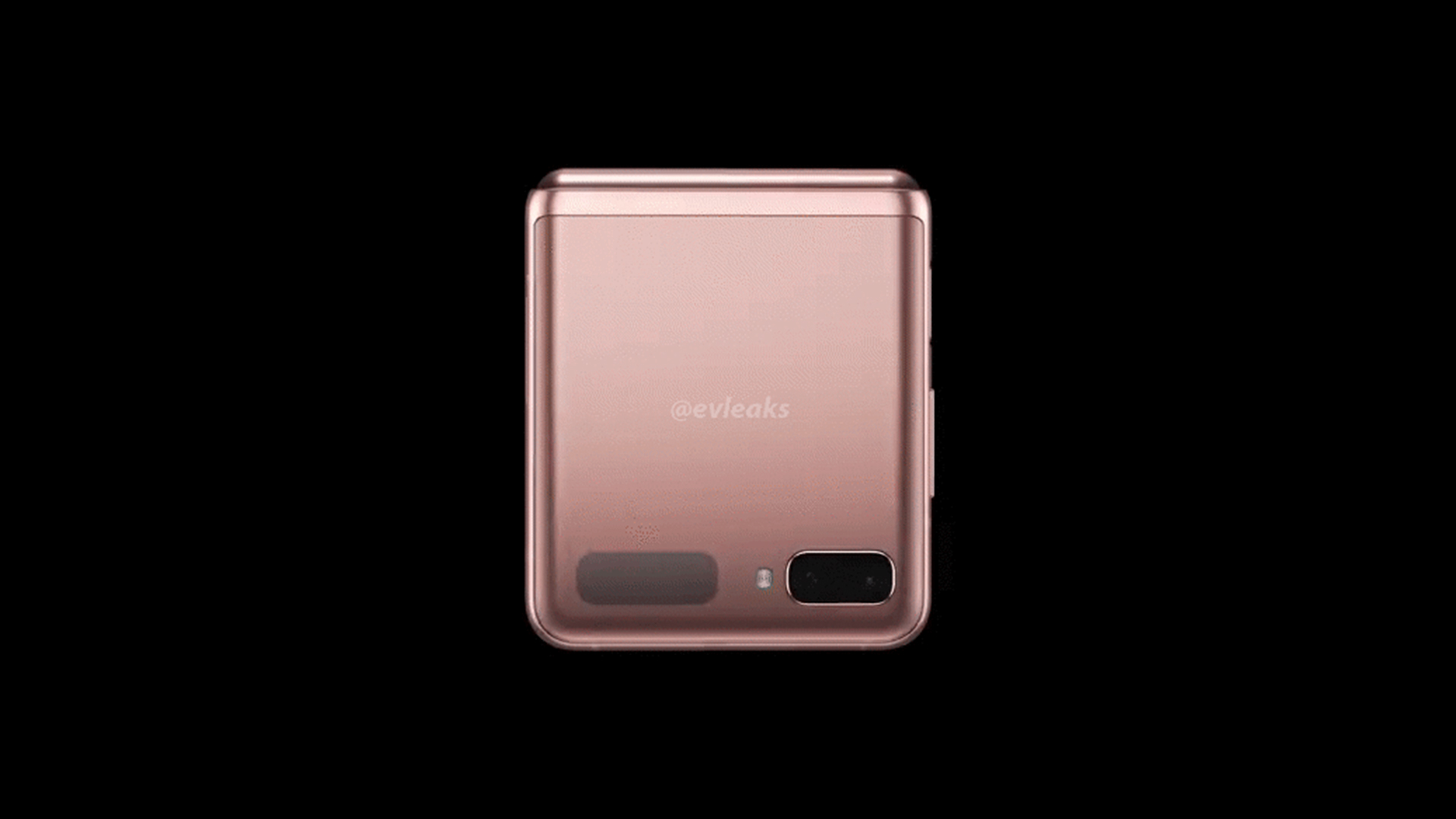 The Galaxy Z Flip 5G is expected to go official sometime next month alongside the Galaxy Note 20 and the Galaxy Fold 2. The design and specifications of the Galaxy Z Flip 5G were revealed yesterday, thanks to TENAA certification. However, the leaked images weren’t very clear. Now, a clear 360-degree look at the foldable smartphone has been leaked on the internet.

Thanks to Evan Blass (@evleaks), we now have a clear view of the Galaxy Z Flip 5G’s design. The GIF posted by Evan showcases the smartphone from all the angles possible. The phone can be seen in its Mystic Bronze avatar. Unlike the LTE variant of the phone, the Galaxy Z Flip 5G appears to have a frosted glass design.

It has a dual-camera setup, an LED flash, and a 1.05-inch cover display on the outside. The volume rocker and the capacitive fingerprint reader of the phone are on the right side, while the left side consists of a SIM card slot. The microphone, loudspeaker, and the USB Type-C port are at the bottom of the phone, while the secondary microphone is at the top. Opening the phone reveals its 6.7-inch foldable Super AMOLED screen.

Apart from 5G connectivity, the Galaxy Z Flip 5G is also expected to bring an upgrade in terms of processing. Certification documents reveal a 3.09GHz octa-core processor, and it could be the Snapdragon 865+. The phone will run Android 10 out of the box. We had exclusively leaked earlier that the phone will have 256GB internal storage, and that it will be released in a brown-colored variant (called Mystic Bronze).

The upcoming foldable smartphone has a 10MP selfie camera and a 12MP+12MP (wide + ultrawide) dual-camera setup on the outside. The phone features GPS, 5G (SA+NSA), LTE, dual-band Wi-Fi 6. Bluetooth 5.0, NFC, USB 3.1 Type-C port, and a 3,300mAh battery with support for 15W fast charging. The Galaxy Z Flip 5G also features Samsung Pay and wireless charging. The phone will be launched in Black, Grey, and Mystic Bronze.