The 5G variant of the Galaxy Z Flip will soon be unveiled alongside the Galaxy Note 20 and the Galaxy Fold 2. We had exclusively reported that the phone will have 256GB of internal storage and that it will come in a brand new color. Now, the phone has moved one step closer to the launch after bagging the necessary certification from Bluetooth SIG.

Multiple variants of the Galaxy Z Flip 5G have appeared on Bluetooth SIG’s database. We’ve spotted listings for SM-F707B, SM-F707U (for AT&T and T-Mobile), SM-F707U1, SM-F707U_SPR (Sprint), and SM-F707W (Canada) on Bluetooth SIG’s website. It is now pretty much confirmed that the Galaxy Z Flip 5G will be available in the US through AT&T, Sprint, and T-Mobile. The phone will also be launched in Canada, if that needed any confirmation. 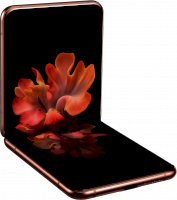