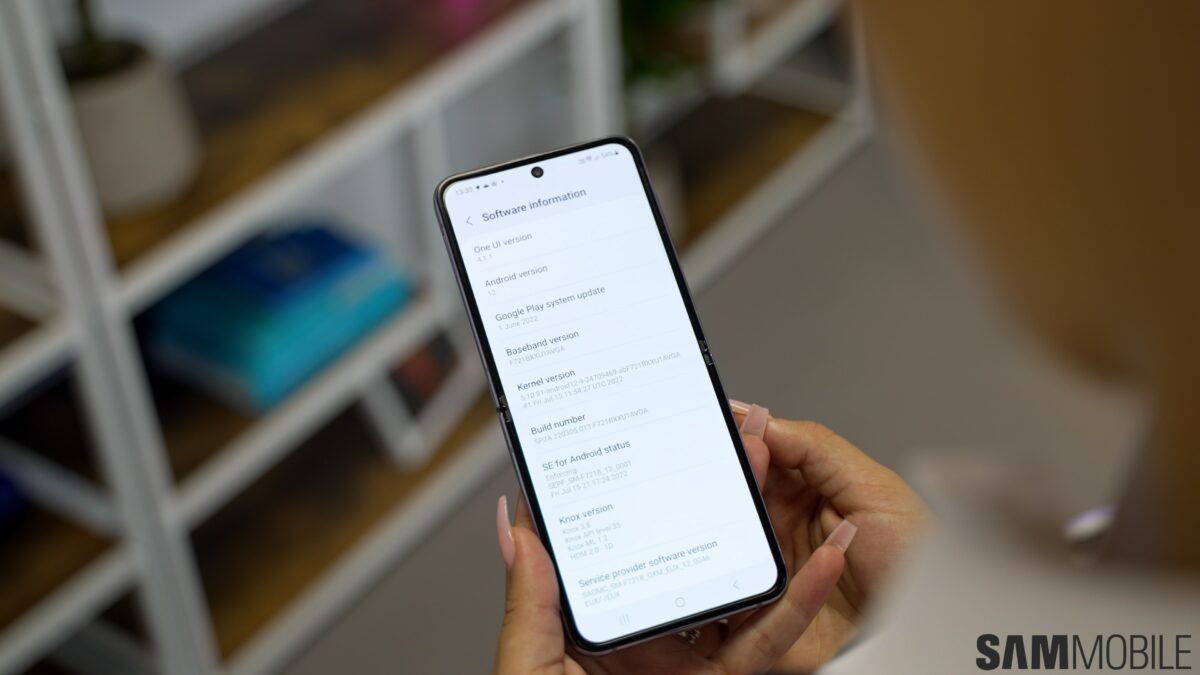 While Samsung had released the November 2022 security update to a few phones, it was only available on devices running One UI 5.0 beta software. Now, the company has released its newest security patch for the first time with stable software. The new security update is now available for the Galaxy Z Flip 4.

The latest software update for the Galaxy Z Flip 4 comes with firmware version F721BXXS1AVJE. It is available in Ireland and brings the November 2022 security patch. The new security update fixes dozens of privacy and security vulnerabilities. The update might also bring general bug fixes and device stability improvements. The update will be released for other phones within the next few days.

If you are a Galaxy Z Flip 4 user in Ireland, you can download and install the new software by navigating to Settings » Software update and tapping Download and install. You can also download the latest firmware file from our database and flash it manually.