If all the leaks showing us the Galaxy Watch Active 2 in the flesh (including our very own exclusive) weren’t enough, the FCC is joining in on the fun by giving us yet another look at the upcoming smartwatch. Samsung seems to have forgotten to tell the FCC not to publish images of its upcoming products this year. The FCC also leaked live photos of the Galaxy Note 10 earlier, confirming that the device won’t have a headphone jack.

However, the FCC’s Galaxy Watch Active 2 photos do not confirm if there’s a virtual touch bezel on the smartwatch. As we had reported earlier this month, the Watch Active 2 will have what Samsung calls Touch Bezel, a software-based implementation of the intuitive rotating bezel wheel that you see on all Samsung smartwatches from the Gear S2 up until last year’s Galaxy Watch. The original Watch Active didn’t get a physical wheel, but the Korean giant is providing an alternative on the successor.

The FCC says this is the 40mm version of the Watch Active 2 (model number SM-R830), and it should have a 1.2-inch display (the 44mm version will have a 1.4-inch display). One of the photos shows 4GB of storage on the watch, which is what we see on every Samsung smartwatch. The Watch Active 2 will, however, differentiate itself with new health features, including fall detection and ECG heart rate monitoring.

The Watch Active 2 will also be the first Gear/Galaxy smartwatch with Bluetooth 5.0 support. More of the device’s specs can be found in our exclusive report from earlier this week, including battery sizes of the two models. We can expect Samsung to unveil the Galaxy Watch Active 2 alongside the Galaxy Note 10 on August 7 considering all certifications that are rearing their heads, which means the company won’t have to deal with these leaks for much longer. 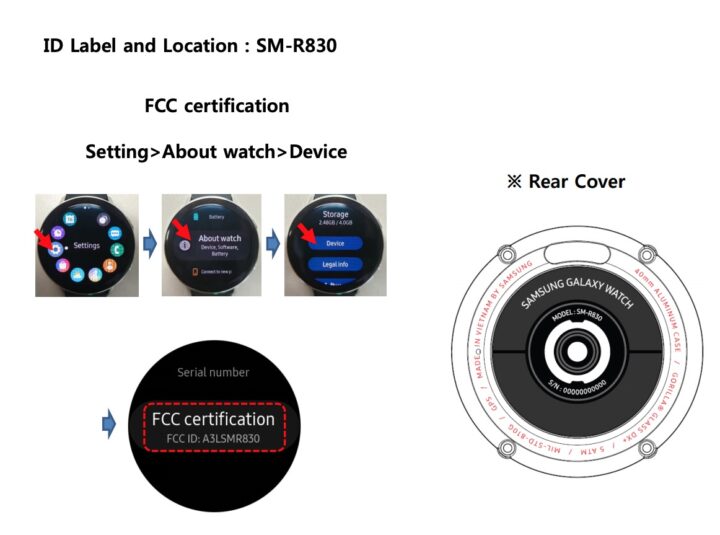 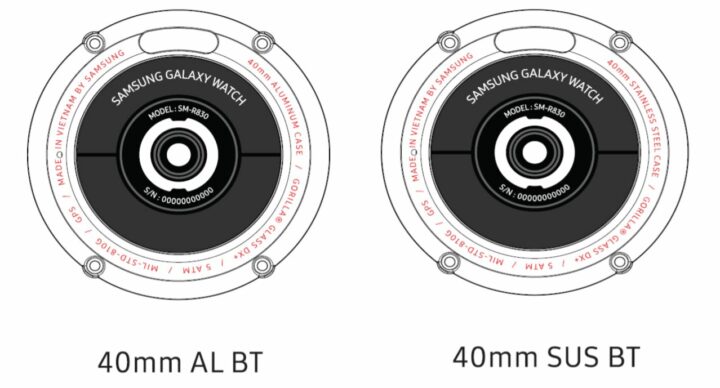