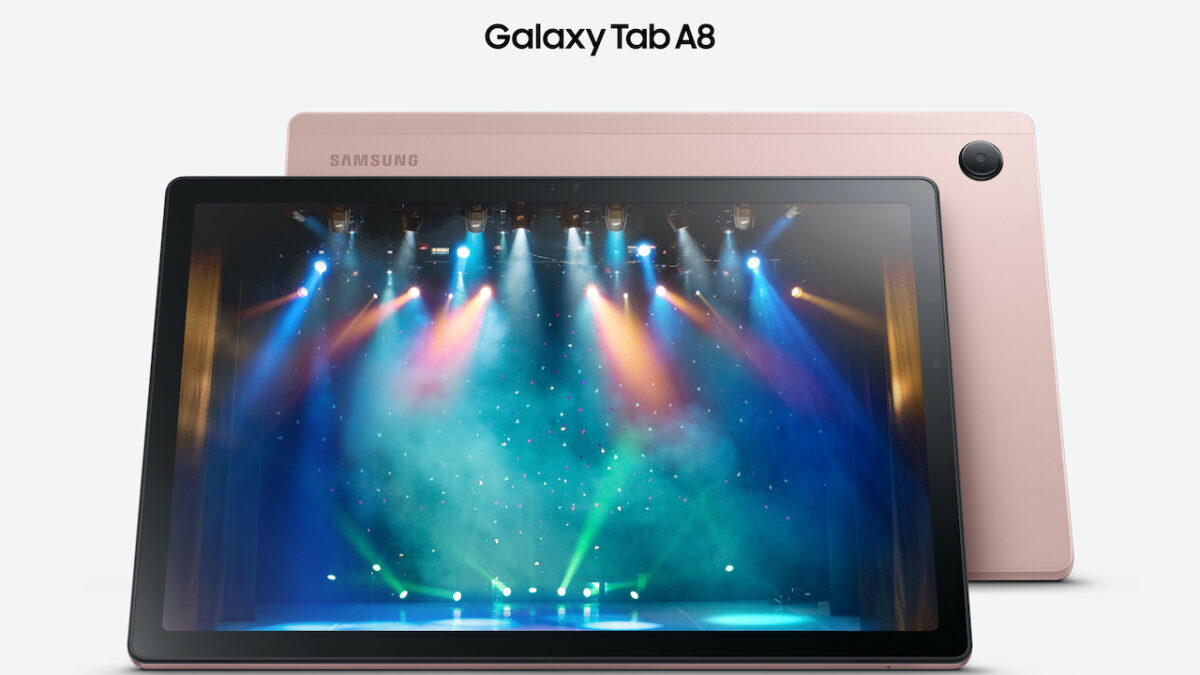 Samsung has announced a new tablet today. It’s not the one most fans are looking forward to. We still have to wait a bit before the Galaxy Tab S8 Ultra comes out. What Samsung has launched today instead happens to be the mid-range Galaxy Tab A8.

Right off the bat, this product has great potential. There’s a considerable market for Android tablets that don’t cost an arm and a leg. So we just might see the new Galaxy Tab A8 cement its place on the list of best Samsung tablets.

Galaxy Tab A8 will go on sale later this month

Featuring Samsung’s signature tablet design, the Galaxy Tab A8 features a 10.5-inch 1920×1200 TFT display with a 16:10 aspect ratio and slim bezels. The large display is paired with quad speakers that support Dolby Atmos to provide an immersive viewing experience.

You’ll find a 2GHz octa-core processor under the hood that’s paired with 3 and 4GB of RAM with 32, 64 and 128GB of storage respectively. MicroSD expansion is supported up to 1TB. Keeping the lights on is a 7,040mAh battery that supports 15W fast charging. However, the tablet only comes with a 7.5W charger. If you want fast charging, you’ll need to buy the charger separately.

The new Galaxy Tab A8 also includes an 8-megapixel camera at the back and a 5-megapixel selfie camera. The tablet has a 3.5mm headphone jack. It runs Android 11 out of the box. Wi-Fi and LTE models will be available in Gray, Silver and Pink Gold colors.

The Galaxy Tab A8’s pricing starts at €229. The tablet will be released in Europe later this month. The Galaxy Tab A8 will go on sale in other regions including the United States in January 2022. 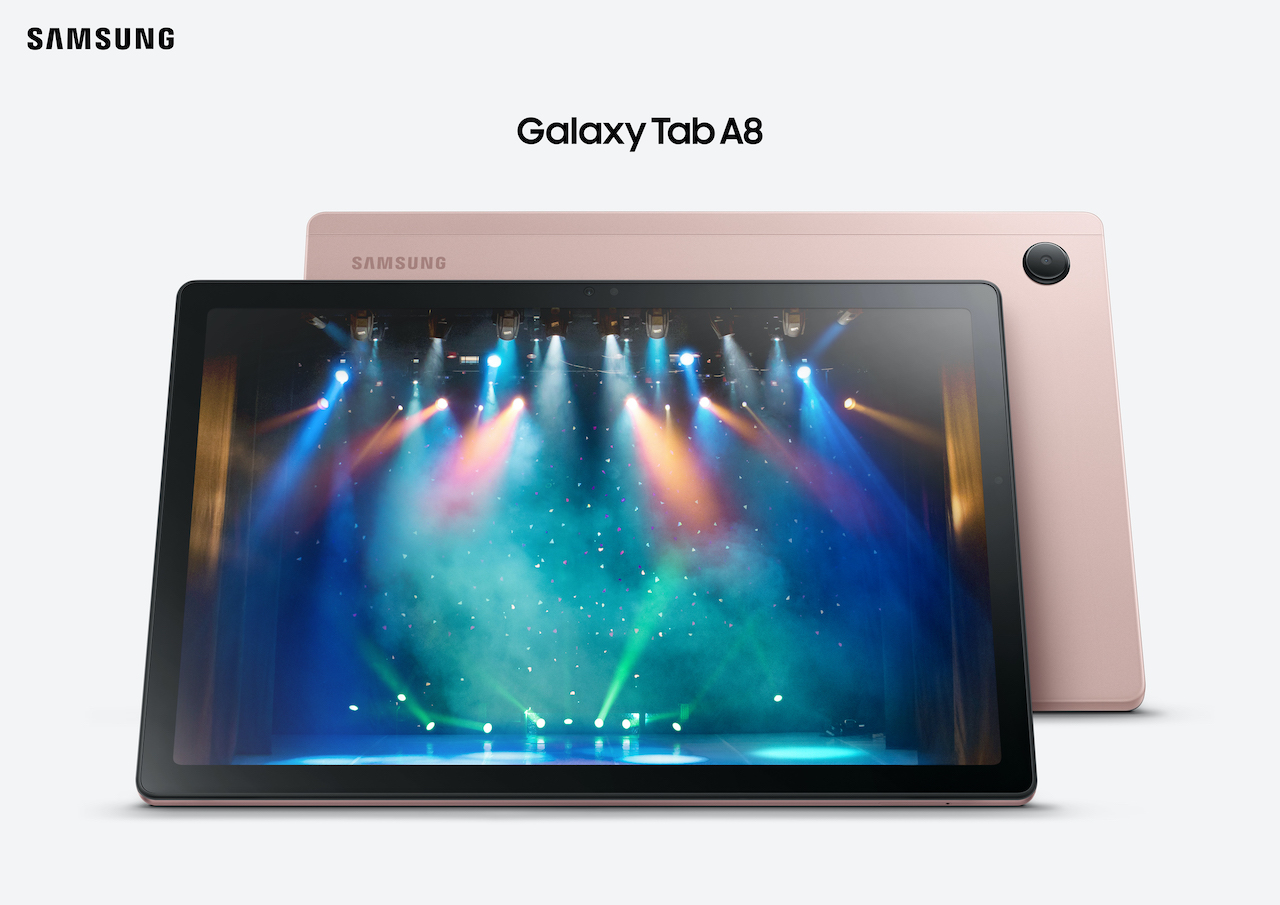 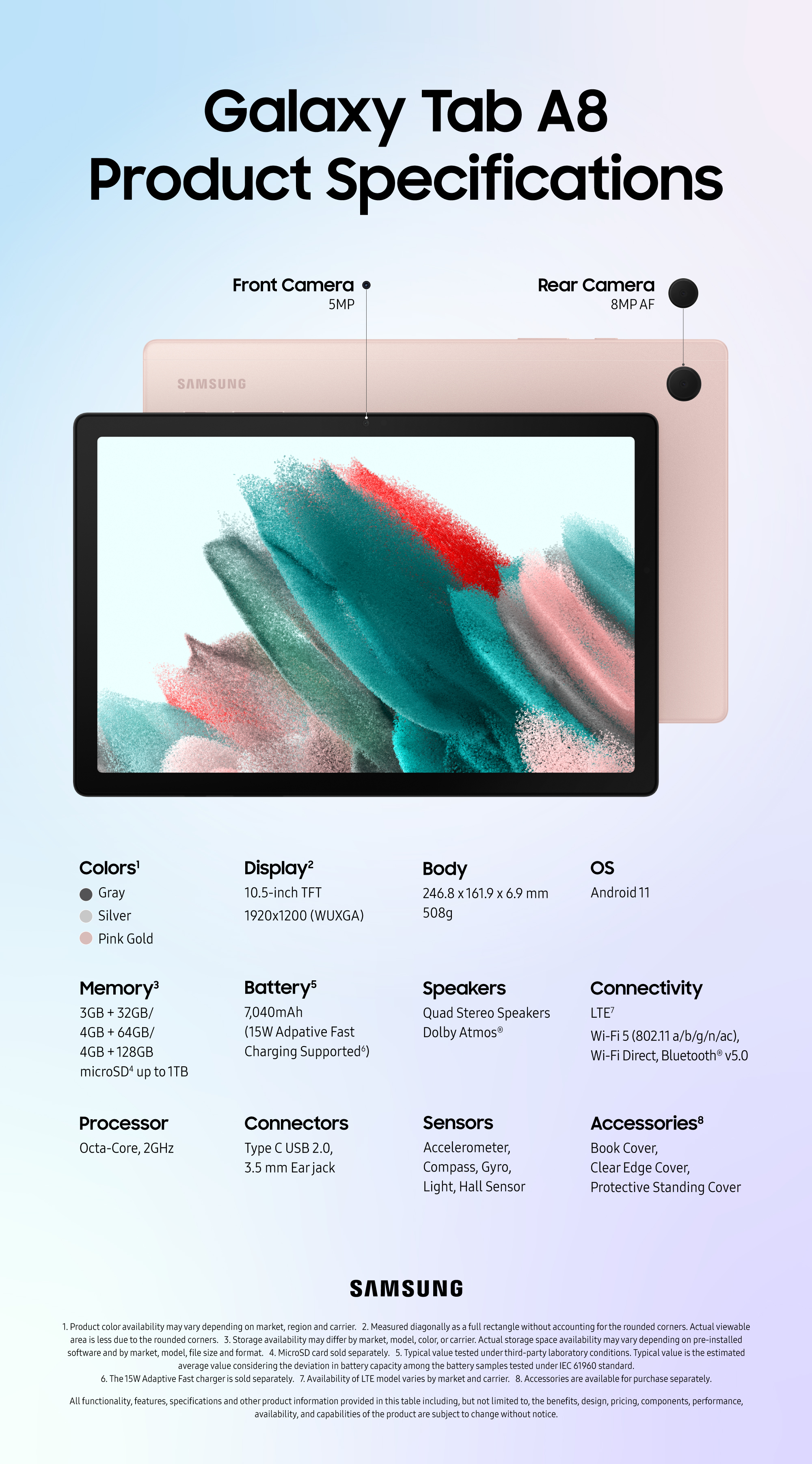 Daily Deal: Affordable Galaxy Tab A8 is hard to pass up at 22% off!

Daily Deal: Grab the Samsung Galaxy Tab A8 at its lowest price yet

There are plenty of best Samsung tablets to choose from but as you’d expect, most of them are on the hig …

Still looking for a low-cost tablet? Galaxy Tab A8 is going live in Br …