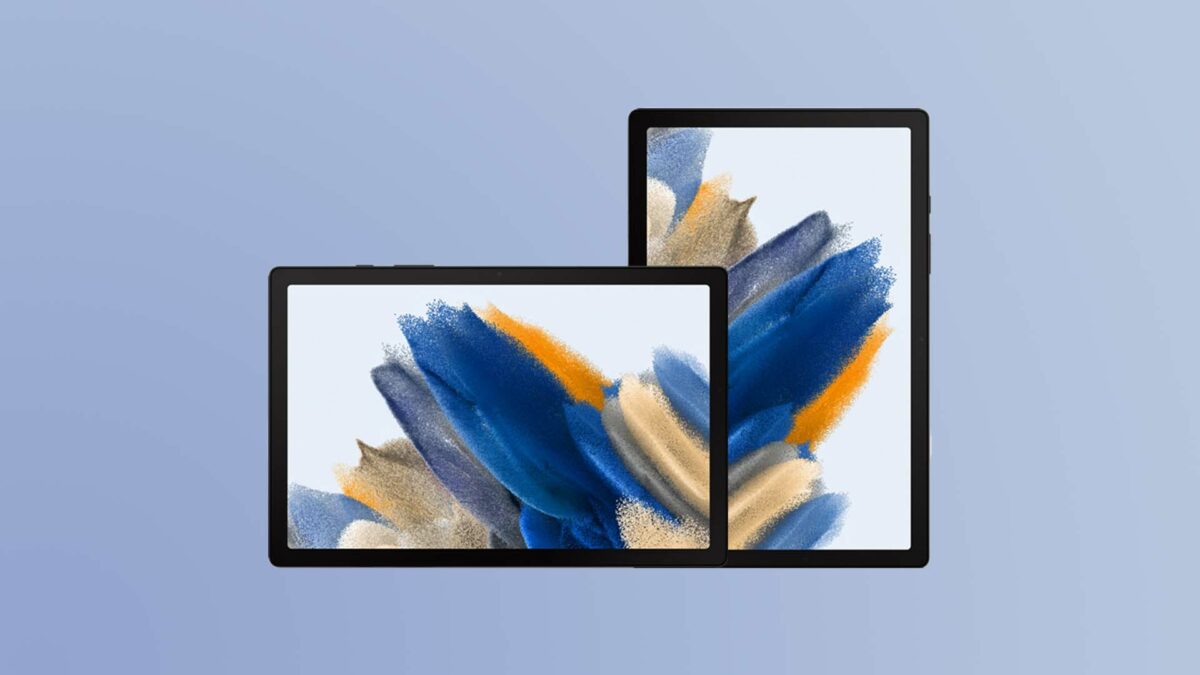 The Galaxy Tab A8, Samsung’s affordable tablet that was launched last year, has started to get its next major software update. The device was launched with Android 11-based One UI 3 out of the box, and its LTE version is now getting the Android 12 update in various European countries.

The Android 12-based One UI 4.1 update for the Galaxy Tab A8 comes with firmware version X205XXU1BVI6. The new software is now available in Austria, Bulgaria, France, Greece, Hungary, Italy, Luxembourg, Nordic countries, Poland, Portugal, Romania, Slovakia, Slovenia, Southeast Europe, Spain, Switzerland, the Baltic region, the Czech Republic, the Netherlands, and the UK. It is a big update, so you should prefer downloading it via a Wi-Fi network.

If you have a Galaxy Tab A8 in any of the countries mentioned above, you can now download and install the Android 12 update by navigating to Settings » Software update on your device and tapping Download and install. If you are familiar with the manual firmware flashing process, you can download the appropriate firmware file from our database and flash it manually.

With the Android 12 update, the Galaxy Tab A8 is getting a refreshed UI design, featuring the Material You-based Color Palette feature. It extracts primary colors from your chosen wallpaper and applies them to various UI elements. The new software also brings a new widget picker UI, newer styling for widgets, and better Dark Mode. The quick settings panel also has a refreshed design and more quick setting toggles.

The brightness and volume sliders are now thicker. The camera app has been cleaned up. The video recording starts as soon as you touch the shutter button rather than when you release it. One UI 4 also brings more lock screen widgets and lock screen options. There is a new Safety and Emergency menu in the Settings app. Bixby and Bixby Routines now have more options. Samsung has also added new accessibility features.

For better privacy and security, Samsung has implemented privacy indicators that appear when any app or service is using the camera or microphone. You can even turn on/off access to the camera and microphone across the system through quick setting toggles. One UI 4 also shows permissions history and lets you choose approximate location permission for apps.

Other features include animated stickers, improved stock apps, a resizeable picture-in-picture window, and a new charging animation. Samsung Keyboard gives you easier access to emojis and GIFs. It can even give the option to enter animated emojis and correct your language through Grammarly integration. The sharing menu is now cleaner and more customizable.

While Samsung makes some of the best Android tablets money can buy, it also offers more affordable tablets that are great for the casual user. The Galaxy Tab A8 10.5 is one of them. Being able to score a discount on a tablet that’s affordably priced to being with is just the cherry on top. […]