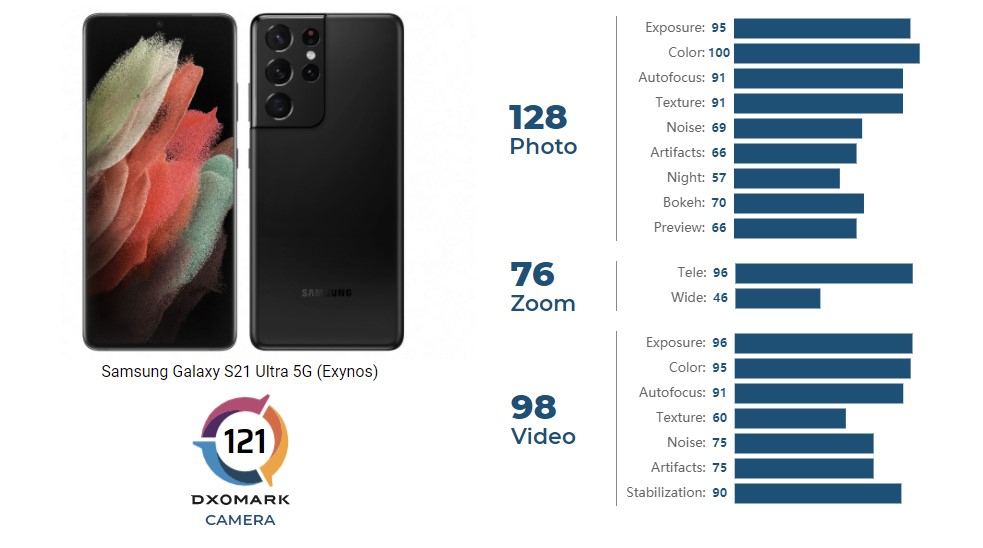 We know that the Galaxy S21 Ultra has more reliable focusing, improved low-light images and videos, and a longer zoom range than its predecessor. But the phone still got a lower score than the Galaxy S20 Ultra. So, what actually went wrong? DxOMark wasn’t impressed with the two zoom cameras, and according to them, the new zoom cameras are not worth much over the Galaxy S20 Ultra’s single 5x periscope zoom camera. DxOMark says that artifacts and noise in images are pulling down the phone’s score.

In terms of video recording, the Galaxy S21 Ultra received a score similar to the Pixel 4a. Apparently, video stabilization is the phone’s primary issue. DxOMark only tested the 4K 60fps mode, though, and not 4K 30fps and 8K 24fps video modes. The company says that it didn’t test the 8K video recording mode because of its lower quality stabilization. 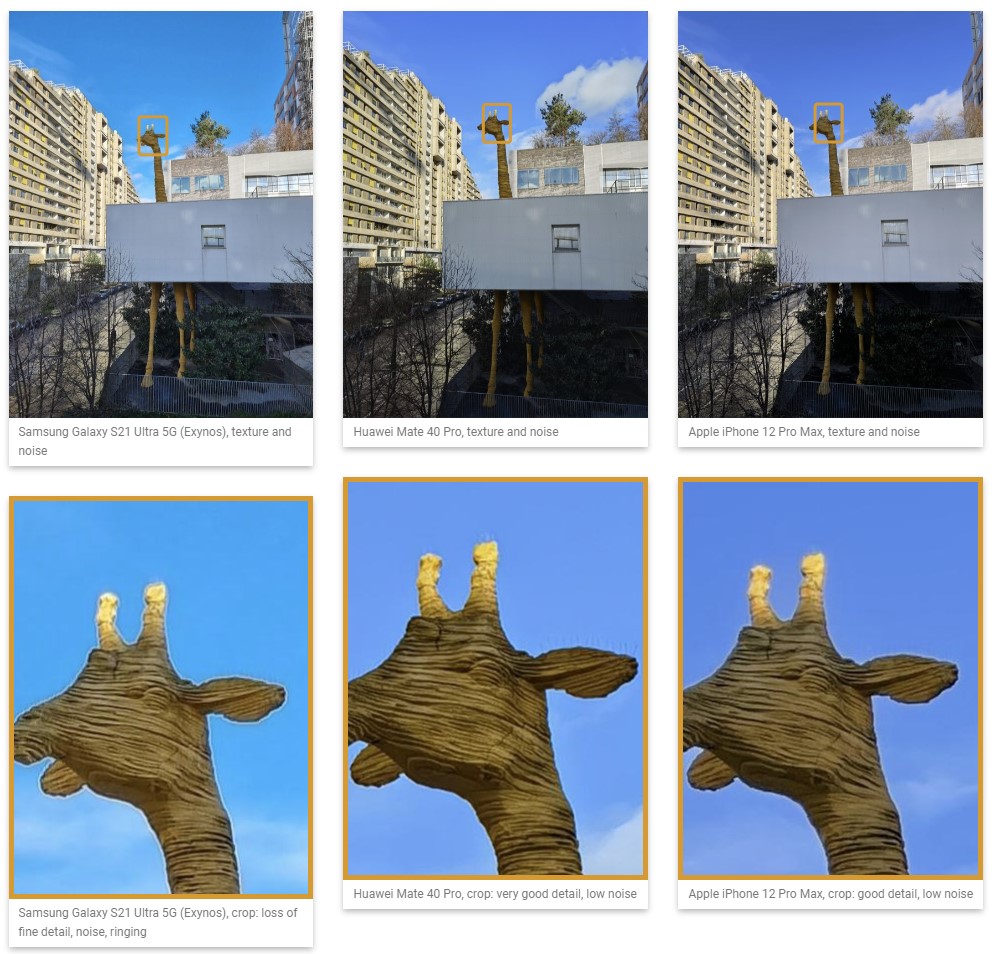