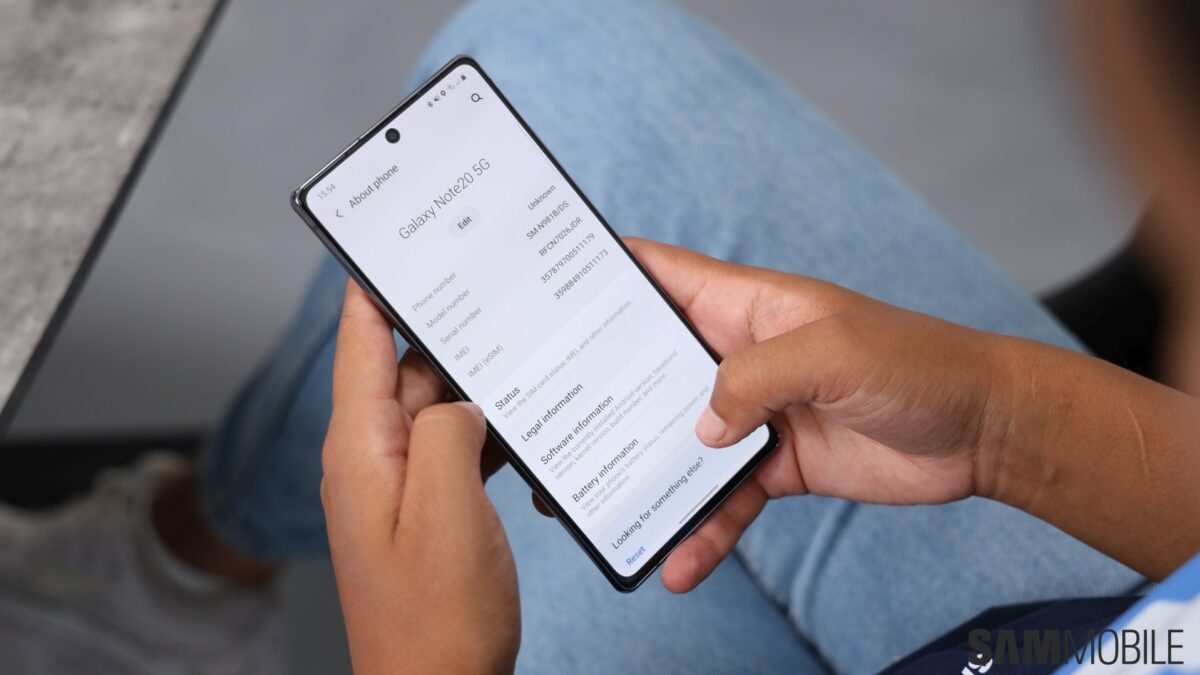 It was only a little over 24 hours ago that the Galaxy Note 20 and Galaxy Note 20 Ultra were officially unveiled at Samsung’s first online-only Unpacked event, and the new flagship duo are already getting their first software update. Despite being an almost 500 MB download over the air, the update’s changelog doesn’t go into any specifics.

We are assuming it includes a few performance improvements, bug fixes, and perhaps features that the Note 20 series is supposed to have but didn’t make it into the initial software. The Galaxy Z Flip, for example, didn’t include One UI 2.1’s new Single Take camera feature out of the box, but Samsung quickly pushed out an update to address that once its clamshell foldable went on sale.

The Galaxy Note 20 and Galaxy Note 20 Ultra are still a few weeks away from hitting store shelves, and we could see more updates being released for the two phones in that time. Anyone who purchases either phone will have these updates waiting for them after they’ve received the device and set it up, and hopefully, Samsung will release new updates for the Note 20 and Note 20 Ultra as regularly as it does for the Galaxy S20 series.

Galaxy Note 20, Note 20 Ultra will get three generations’ worth of updates

In case you missed it, the Galaxy Note 20 and Note 20 Ultra will be among those Galaxy devices that will get three major Android OS updates, or, as Samsung puts it, updates for three generations. The Galaxy S10 and all flagships released since then will also be supported for three generations, but it’s currently uncertain if Samsung will extend the same courtesy to its mid-range and budget phones and tablets.