Things are not going according to plan for Samsung as far as the Android 10 One UI 2.0 beta program is concerned. The company had delayed the Galaxy S10 beta by a day or so for countries in the first phase of testing, and a Samsung customer care representative has told one of our readers in Germany that the Galaxy Note 10 beta won’t be coming out until October 24.

It’s worth noting that last year, the Galaxy Note 9’s Android Pie beta program started a little over two weeks after the Galaxy S9. Galaxy Note 10 and 10+ owners may have to wait as long before they can join Galaxy S10 owners in testing the next iteration of Samsung One UI and the tenth version of Android, or they may not. Only time will tell. 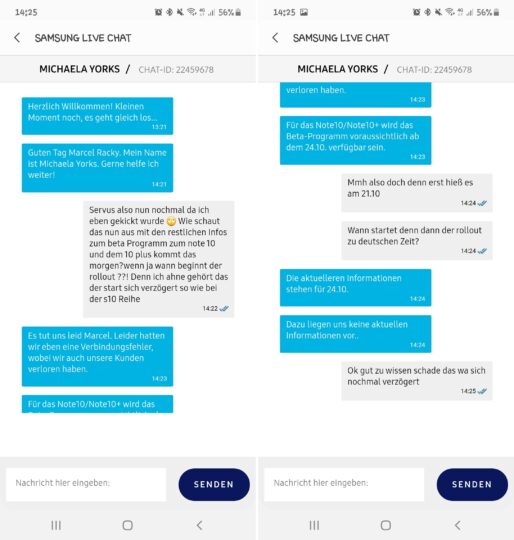