At long last, we are finally getting to see some of the specs the Galaxy Note 10 Lite could offer. The cheaper Galaxy Note 10 variant (SM-N770F) has surfaced on the Geekbench benchmark database, sporting the Exynos 9810 SoC, 6GB of RAM, and Android 10. Earlier this week, the Galaxy Note 10 Lite’s Bluetooth-enabled S Pen was certified by the FCC, and the device is rumored to be launching sometime in December, at least in India.

All we can do is speculate, however, as Samsung has been doing a pretty good job of keeping the Galaxy Note 10 Lite under wraps. It was nearly two months ago that we revealed the existence of the Galaxy Note 10 Lite, but it’s only now that the device is starting to make public appearances. More details should surface soon, and you can rest assured we will let you know as soon as we learn something new. 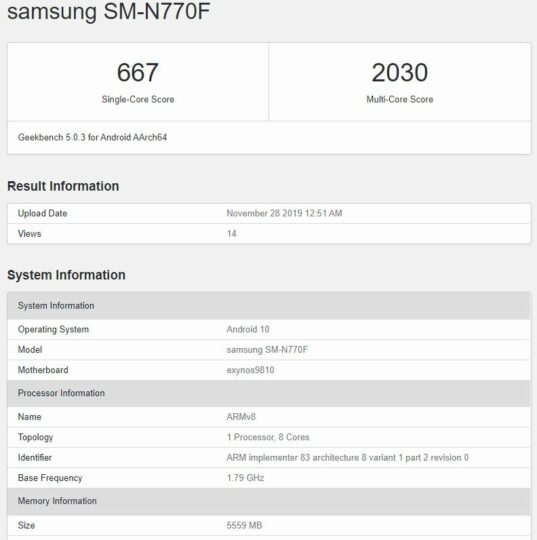