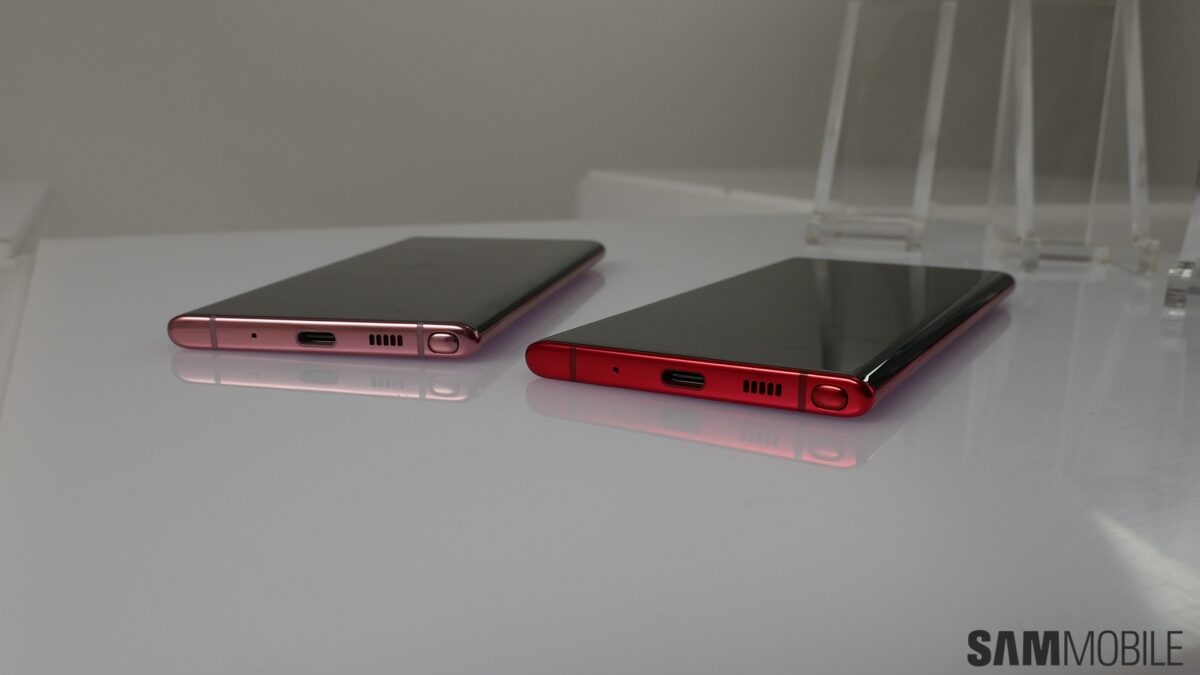 The Galaxy Note 10+ can go from 0 to 100 percent charge in just an hour and five minutes with the bundled 25W charger, as revealed by a couple of tests done on the device. The 4,300 mAh battery inside the Galaxy Note 10+ is the biggest yet on any Galaxy Note flagship, and the new Notes are also the first mainstream Galaxy flagships with support for 25W fast charging. The Note 10+ also supports 45W charging with Samsung’s 45W fast charger, but it seems the bundled 25W charger will be fast enough for most users.

The Galaxy Note 9’s 4,000 mAh battery took nearly two hours (1 hour 54 minutes) to reach 100 percent, and as expected, the iPhone XS Max finished last with a 0-100 time of 2 hours 3 minutes. The Galaxy S10+ wasn’t included in the test, but Samsung’s largest Galaxy S10 model takes around an hour and a half to reach 100 percent charge. And no, the S10+ will not charge faster with the Note 10’s 25W charger, in case you’re wondering.

So the Note 10+ is the fastest to the finish line, but how well does it do with, say, 10 or 30 minutes of charging? According to test results posted by leakster Ice universe, the Note 10+ goes up to 22 percent and 64 percent charge after 10 and 30 minutes of charging respectively. That’s quite impressive and considerably better than the Galaxy A70, and we can only imagine how quick it must be with the 45W charger that Samsung is selling as a separate accessory.

The same goes for the regular Galaxy Note 10. With its 3,500 mAh battery, we’re assuming it doesn’t take very long to reach 100 percent. Of course, it remains to be seen if Samsung’s new flagships are as quick to charge when the phones are turned on and in use. Before the Galaxy S10 came along, Samsung flagships reverted to standard charging when the screen was on, and it will be interesting to see whether the Galaxy Note 10 and Note 10+ charge at 25W when they’re being used or if they go down to 15W instead.