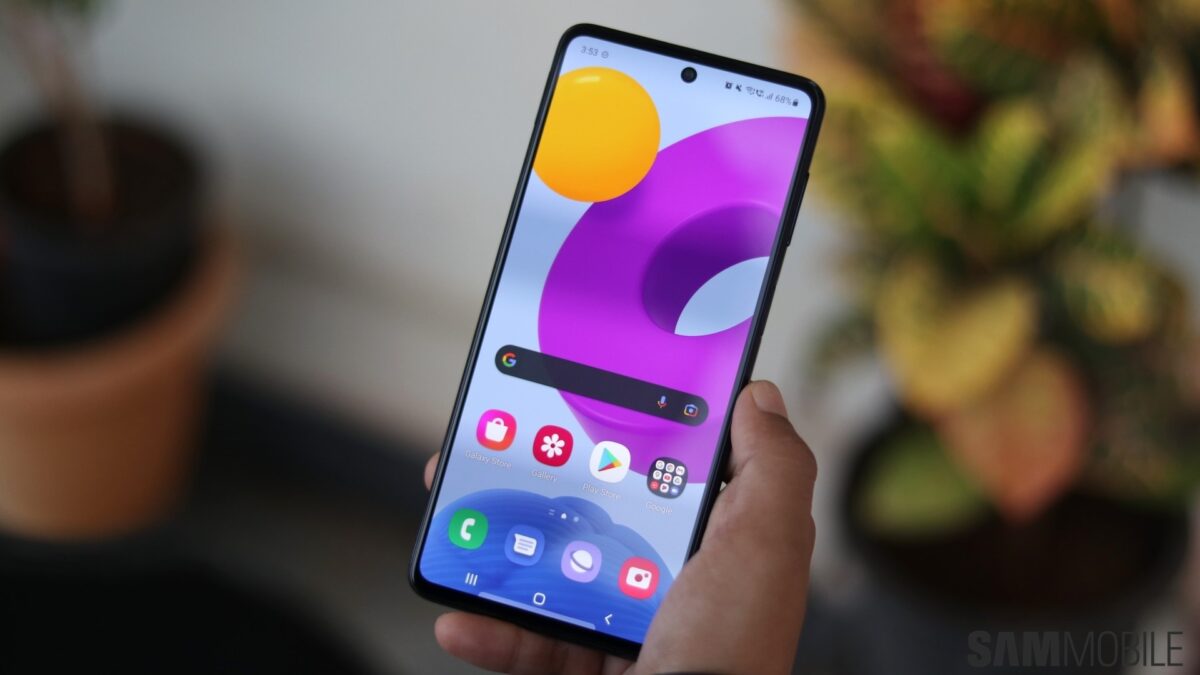 Samsung has a whole host of mid-range and entry-level smartphones that it needs to refresh for 2022. The Galaxy M series is an important one. It competes at the lower end of the price spectrum, enabling Samsung to counter the onslaught of Chinese OEMs.

The company is working on a successor to the Galaxy M52 5G. Rather unsurprisingly, it will be launched as the Galaxy M53 5G. The handset has now appeared in a benchmark listing where it reveals the processor Samsung has chosen for it.

Samsung chooses MediaTek over Qualcomm for the Galaxy M53 5G

Some of you may remember that the Galaxy M52 5G uses the Qualcomm Snapdragon 778G chipset. We mentioned in our Galaxy M52 5G review that the chipset offers decent performance. Apps launch quickly, animations are smooth and there’s little to no lag when switching between apps. It’s even capable of running most games without a hiccup.

Naturally, we’d expect a similar level of performance from the device’s successor. The Geekbench listing for the Galaxy M53 5G reveals that it will come with the MediaTek Dimensity 900 chipset. So don’t expect any massive improvements in performance and let’s just hope the performance is comparable to its predecessor.

No further details are available about the device at this point in time. We can expect it to have many similarities to the handset it replaces. What we do know is that the device is currently being tested in India. We also hear that it will be released in markets across Europe as well. 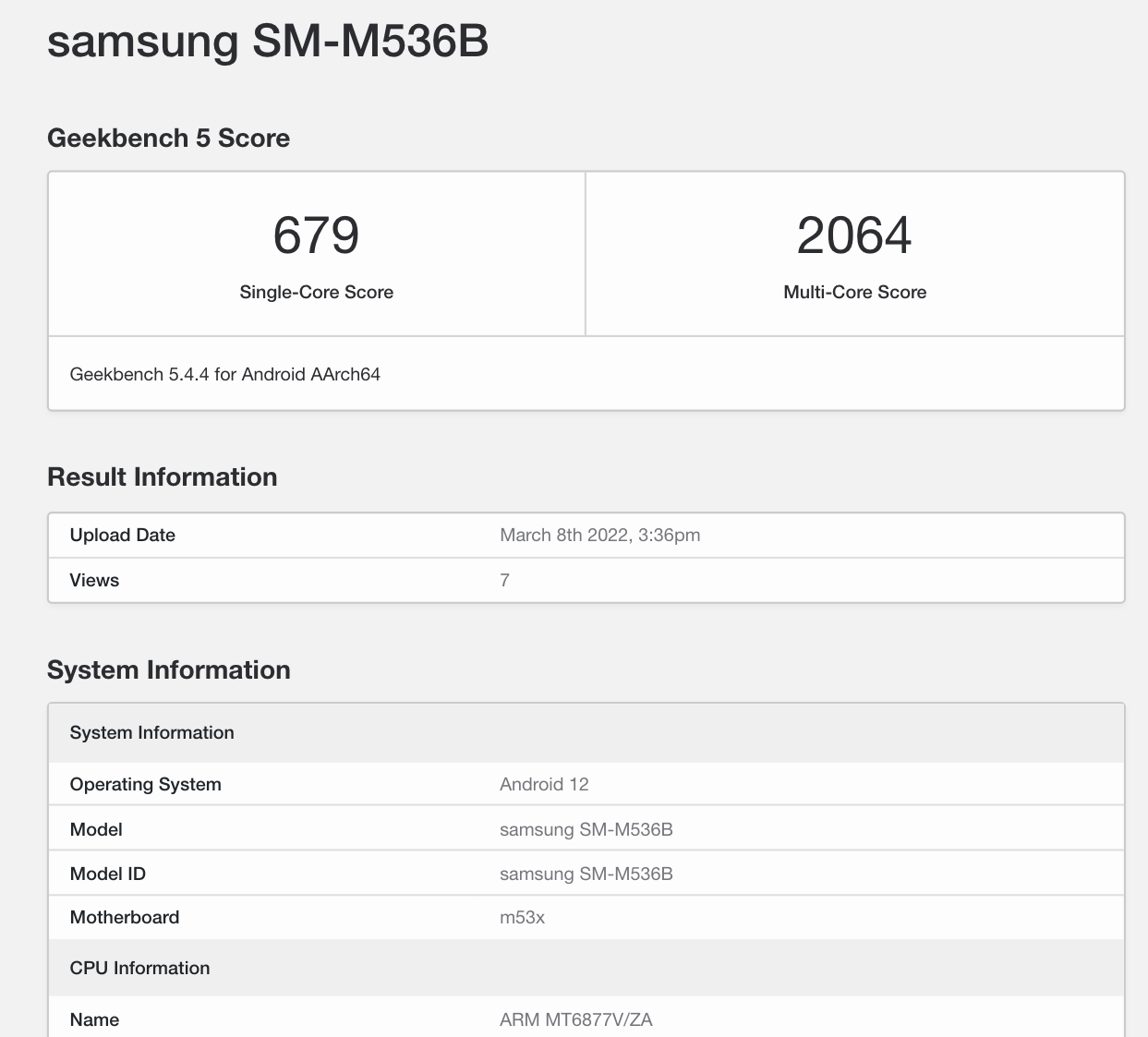