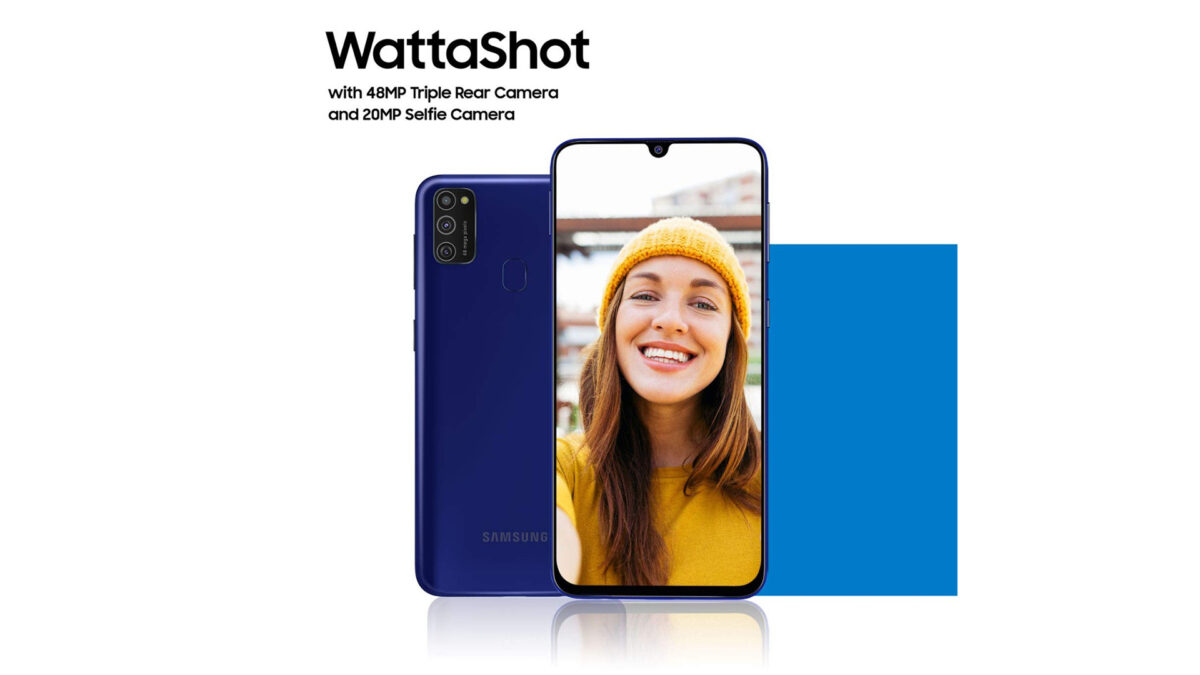 After the successful launch of the Galaxy M31 and a quiet unveiling of the Galaxy A11, Samsung had planned to unveil the Galaxy M21 in India today. However, the launch of the phone has been delayed until March 18 (noon). The new launch date was unveiled on Amazon.in earlier today, through a teaser image.

Samsung has already teased a few features of the Galaxy M21. It will feature a 6.4-inch Super AMOLED screen, a 20MP selfie camera, a 48MP triple-camera setup on the rear, and a 6000mAh battery. The phone will run Android 10 with One UI 2.0 out of the box. It is expected to feature an Exynos 9611 processor, 4GB/6GB RAM, 64GB/128GB internal storage, and a microSD card slot.

The phone has three cameras on the rear: 48MP primary sensor with a wide-angle lens, an 8MP ultrawide camera, and a 5MP depth sensor. The selfie camera is hidden inside a U-shaped notch towards the top-center of the screen. It’s a dual-SIM phone with LTE, GPS, Bluetooth 5.0, Wi-Fi ac, a USB Type-C port, and a 3.5mm headphone jack.

The Galaxy M21 has a fingerprint reader on the rear, and its 6000mAh battery can be rapidly charged using the bundled 15W charger. The phone will be available in black, blue, and sky blue colors. The smartphone will also be launched in some European markets.