Samsung Galaxy M21 specs and renders appear ahead of launch 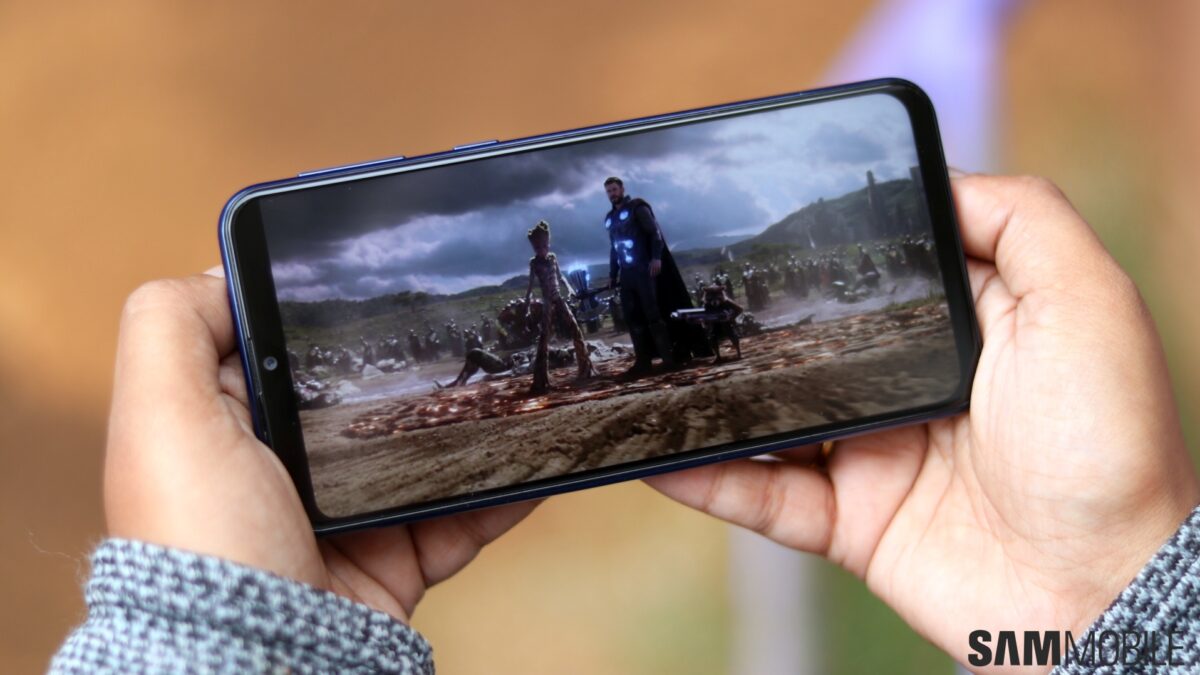 Samsung is expected to launch a new entry-level smartphone next week. We have been hearing about the Galaxy M21 for the past couple of months and now merely a couple of days before the device’s launch, we get to see the full Galaxy M21 specs and press renders.

As many of you will be aware, Samsung’s Galaxy M series is largely limited to the Indian market. However, there is a possibility that the handset could be released in select European markets as well.

As expected, the Galaxy M21 specs include an Exynos 9611 processor with 4/6GB RAM and 64/128GB storage variants with microSD expansion supported. It’s also going to be equipped with a 48-megapixel primary camera with an 8-megapixel ultra-wide and 5-megapixel depth camera completing the setup. There’s also going to be a 20-megapixel selfie camera in the Infinity-U display’s notch.

Speaking of the display, the Galaxy M21 will have a 6.4-inch Super AMOLED Infinity-U Full HD+ resolution display. Other specs include a chunky 6,000mAh battery with 15W fast charging support. The device is going to run Android 10 out of the box with One UI 2.0 on top. As we can see in these press renders of the device, a fingerprint sensor is present at the back.

We have exclusively revealed the color options for the Galaxy M21 previously. The handset will be available for purchase in Blue, Black and Sky Blue colors. The Galaxy M series is primarily sold online and it’s already known that it’s going to be available through Amazon India starting March 16. 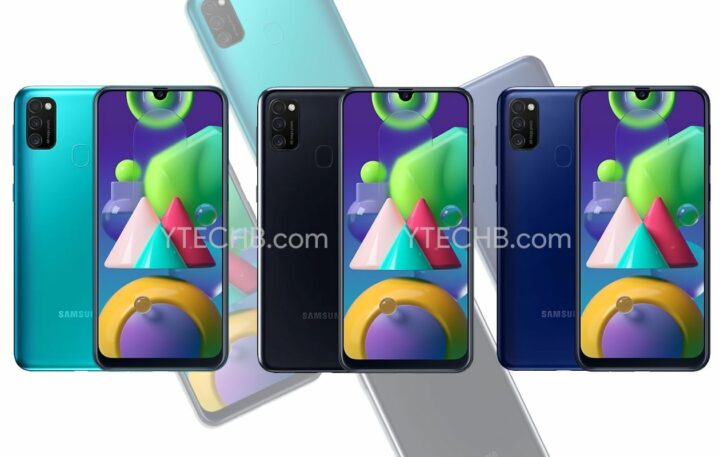 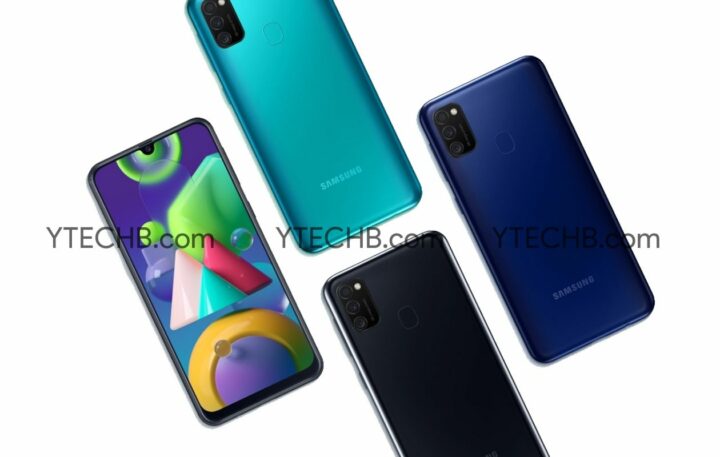