Here you will find the latest news and most recent developments on the Samsung Galaxy M21, with regular updates and all the information you need. 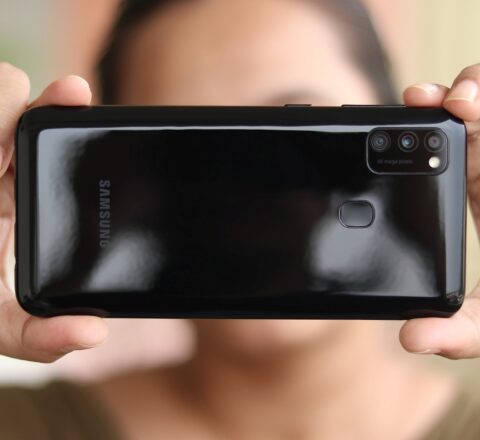 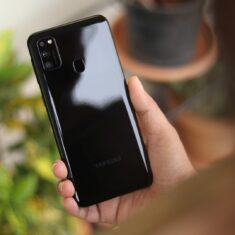 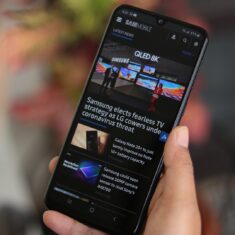 Samsung starts rolling out One UI 3.1 update to Galaxy M21

Samsung has been nothing short of awesome over the past few months in terms of software updates. The company has already rolled out the Android 11 update to dozens of smartphones and tablets. Now, it is releasing the One UI 3.1 update to various Galaxy devices, including the Galaxy M21. The One UI 3.1 (Core) […]

The One UI 3.0 update for the Galaxy M21 is now live, as Samsung’s custom implementation of Android 11 was already sighted in India earlier this week. Given how India’s by far the largest market in which this particular smartphone released, it’s also an obvious choice to prioritize for the deployment of such a major […]

Galaxy M21 gets new features with One UI 2.5, update rolling out now

One UI 2.5 debuted with the Galaxy Note 20, Galaxy Z Fold 2, and the Galaxy Z Flip 5G. The Galaxy M21 has now started receiving the One UI 2.5 update along with the October 2020 security patch. The mid-range smartphone, which was launched in March 2020 with Android 10, had received the One UI […]

Roughly one and a half months ago Samsung had been accused by offline retailers in India of favoring online sales and hurting their business in the process. Specifically, Indian offline retailers have accused Samsung of creating a price discrepancy between mid-range devices sold online and offline. In essence, these smaller businesses believe that Samsung has […]

Is the Galaxy M21 a worthy addition to Samsung's Galaxy M lineup of budget phones, or should you get something else? Find out in our review!

Affordable Galaxy smartphones have been grabbing all the attention lately. The Galaxy A51, according to data from multiple market research firms, was the best-selling phone from Samsung in the first quarter of this year, and even cheaper Galaxy A series phones, like the Galaxy A10, have been dominating the charts as well. With the COVID-19 […]

The Galaxy M21 is releasing in Spain today, May 13, via Amazon, PcComponentes, and Samsung’s own website. Described by Samsung Spain as a smartphone designed especially for the younger audience, the Galaxy M21 boasts a large 6,000mAh battery and a generous 6.4-inch FHD+ Super AMOLED display. The Galaxy M21 arrives in Spain with 4GB of […]

The Galaxy M21 is now officially available for purchase in the Netherlands, at least according to Samsung’s official announcement from earlier today. As of this writing, the phone is not yet listed on the company’s e-shop or the other two retail channels through which the device will be offered in the country. The mid-range device […]

Samsung Galaxy M21 coming to the Netherlands and Belgium soon

The Galaxy M21 will soon be coming to the Netherlands and Belgium, as support pages for the handset have popped up on local Samsung websites. There’s still no word on when exactly will the entry-level handset actually hit the store shelves in either country, and the same goes for its pricing. The 64GB/4GB model starts […]

Less than two weeks have passed since Samsung unveiled the Galaxy M21 to the world, and now the company has officially confirmed that the budget smartphone will be available in Vietnam from Samsung’s website starting the day after tomorrow, on April 1. Prospective buyers get to pick between the Midnight Blue and Raven Black color […]

Samsung Galaxy M21 will be launched in Germany as well

Samsung has largely kept its Galaxy M series limited to India where these entry-level handsets have done very well for themselves. The company is going to bring some of the new models to markets across Europe, and the Galaxy M21 happens to be one of them. It officially unveiled the Galaxy M21 today in India. […]