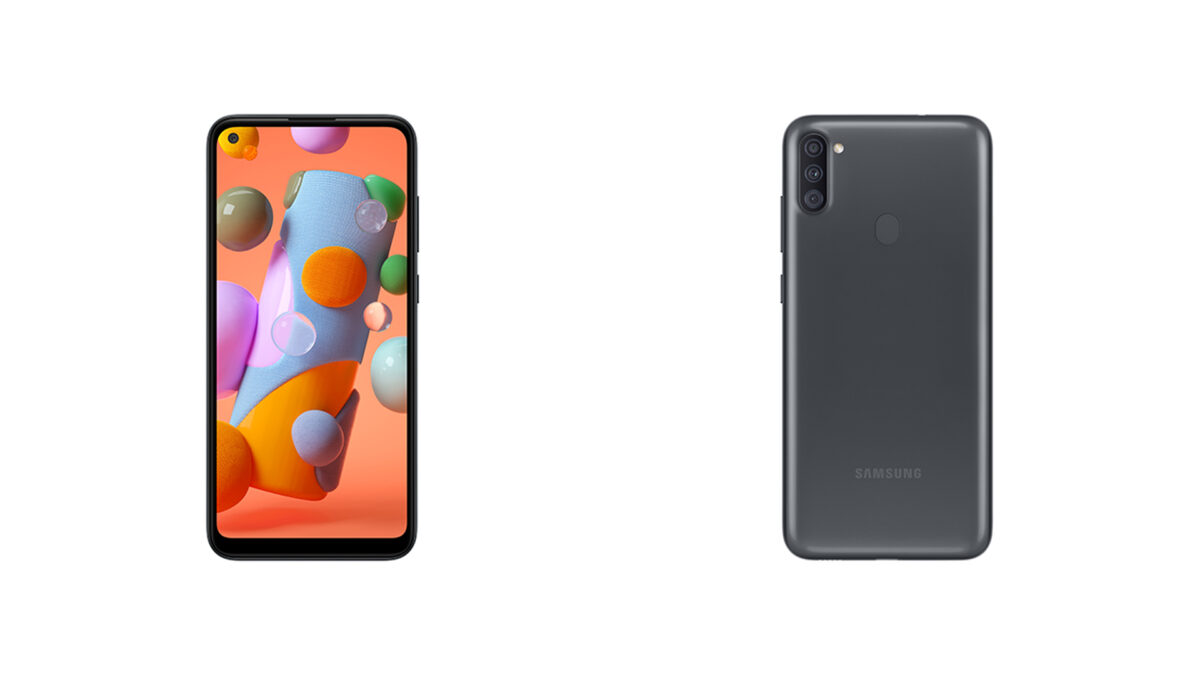 The first signs of the existence of the Galaxy A11 started showing up four months ago when Samsung filed for the trademark for the phone. Later, the phone appeared in some benchmarks and certification documents. Now, Samsung has quietly listed the Galaxy A11 on its website, without any press release or announcement to go with.

The Galaxy A11 is the entry-level smartphone in the Galaxy A series, and it features a 6.4-inch HD+ LCD screen with an 8MP punch-hole selfie camera on the top-left. On the rear, the smartphone has a triple-camera setup, consisting of a 13MP (F1.8, AF) primary camera, a 5MP (F2.2) ultrawide camera, and a 2MP (F2.4) depth sensor. There’s also an LED flash and a capacitive fingerprint reader on the rear.

The new phone runs Android 10 and comes equipped with a 1.8GHz octa-core processor (could be Snapdragon 625/626). There is 2GB/3GB of RAM, 32GB internal storage, and a microSD card slot. It is powered by a 4000mAh battery and supports 15W Adaptive Fast Charging. The device has a dual-SIM card slot, LTE, GPS, Wi-Fi, Bluetooth, and a USB Type-C port.

The Galaxy A11’s body is made using plastic, and the device comes in four color options: black, blue, red, and white. There is currently no information on the pricing or the availability of the Galaxy A11, but we will keep you posted on it. Samsung could also launch the Galaxy M11 soon.

Here’s some good news for the Galaxy A11 owners out there: a new security update is on your way as of today. This is the very latest release from Samsung, dated July 1st, 2021. The same one that’s been on the rollout for just over half a month by now. The over-the-air release seems to […]

The Galaxy A11 is Samsung’s latest budget phone to acquire One UI 3.1

Samsung’s been updating countless Galaxy devices to Android 11 for months now, but the job is still not done. Two more budget phones have joining their Android 11-power siblings this week. First, the Galaxy A02s got updated with the Android 11-based One UI 3.1 firmware update a few days ago, and now the Galaxy A11 […]