[Update: Maybe not] Galaxy Buds+ will be free with Galaxy S20+/Ultra pre-orders

Update: It turns out that this may not be the offer given to pre-order customers. Those who reserve (which simply guarantees a pre-order slot) the Galaxy S20 on Samsung’s website prior to the launch, they will receive a $35 instant credit that they can use towards eligible devices and accessories. If someone wants to purchase the Galaxy Buds+ when they pre-order their new phone, this credit would count against that. 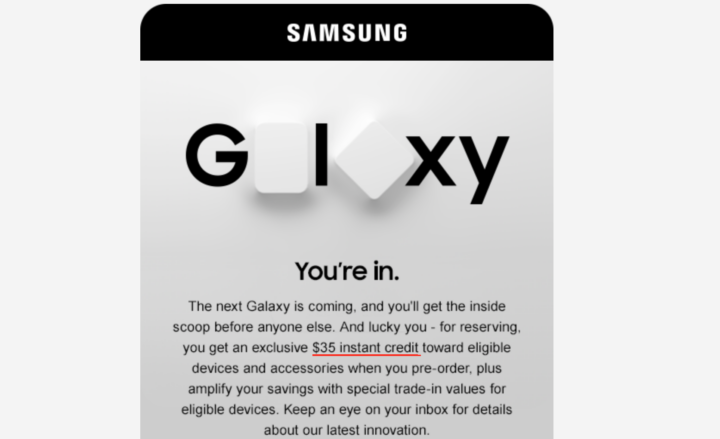 In news that should surprise no one, Samsung will be handing out free Galaxy Buds+ to those who pre-order its upcoming flagship. Evleaks has leaked a promotional image that Samsung will likely use to inform people about the offer, and it shows both the Galaxy S20+ and Galaxy S20 Ultra along with the new wireless earbuds, which look the same as the original Galaxy Buds.

Of course, we can’t really be sure what Samsung’s plans are for every country, but we can tell you what you can expect from the Galaxy Buds+. The Buds+ will have longer battery life than the original Buds, with our sources telling us that they will last up to 12 hours on a single charge. There’s no active noise cancellation onboard, but the new earbuds will have four microphones for better voice recognition and the general sound quality will be improved as well. 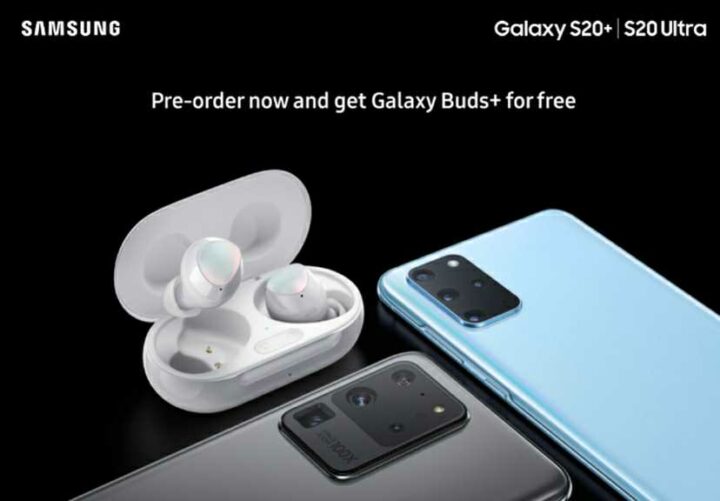 More news »
Buy a Galaxy S20+ in the USA and you get an A50 for free / $50 By Mihai M.|11 hours ago
Galaxy Z Flip Thom Browne Edition out in Germany with trade-in deals By Mihai M.|12 hours ago
Galaxy S20 Ultra seems to be surpassing sales expectations By Dominik B.|2 days ago
Galaxy S20 April update out for unlocked units in the US By Abhijeet M.|2 days ago
SamMobile TVMore »
Opinions More »
Samsung fans have had it with the company’s Exynos processors
1 week ago