Galaxy A52s design and specifications leak in detail ahead of launch

The Galaxy A52s’ specs and images were published on Twitter by Snoopy (@_snoopytech_). The smartphone will be available in three colors: black, mint, and white. The design of the upcoming smartphone is exactly similar to the Galaxy A52, featuring a Super AMOLED Infinity-O display on the front and a quad-camera setup at the rear.

The smartphone features a 6.5-inch Super AMOLED Infinity-O display with Full HD+ resolution, a 120Hz refresh rate, and an in-display fingerprint reader. The phone has stereo speakers and an IP67 rating for dust and water resistance. The device runs Android 11 out of the box and comes equipped with the Snapdragon 778G processor, 6GB RAM, 128GB internal storage, and a microSD card slot.

The Galaxy A52s has a 32MP front-facing camera with 4K video recording and a 64MP+12MP+5MP+2MP quad-camera setup at the rear. The 64MP camera has OIS, while the 12MP ultrawide camera has a fixed-focus lens. The 5MP camera can be used to capture macro images. It lacks a telephoto camera. The rear-facing camera can record 4K 30fps videos as well. 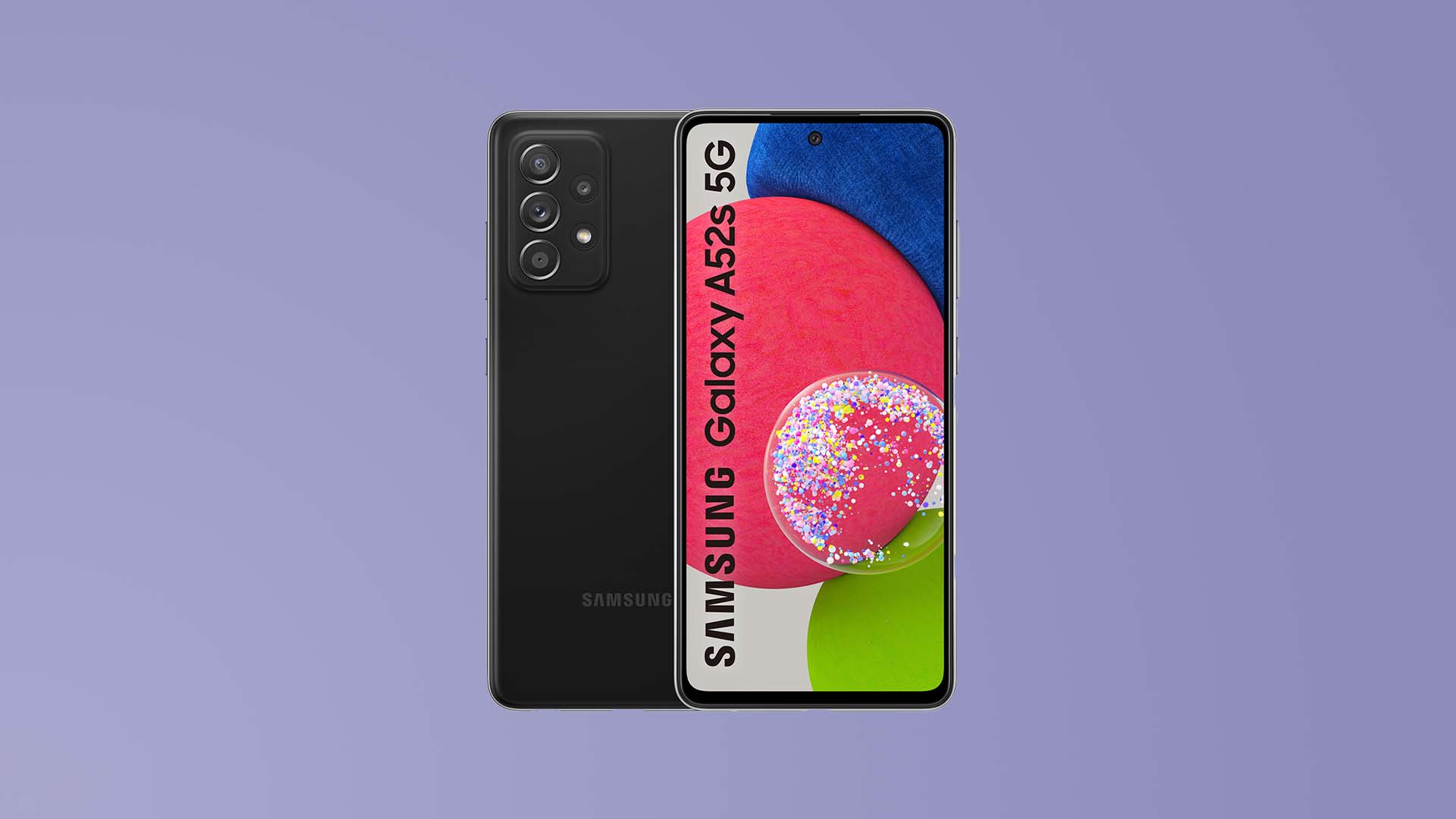