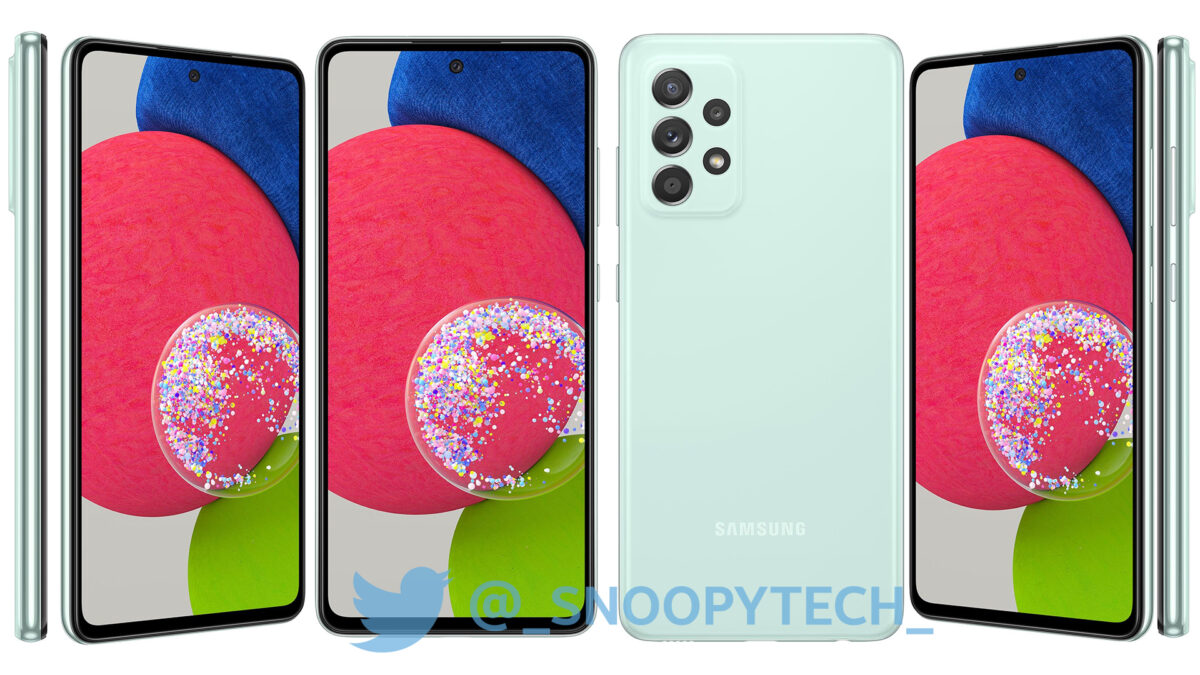 The Galaxy Z Fold 3 and Z Flip 3 aren’t the only unannounced smartphones to have leaked ahead of their official announcement. The Galaxy A52s may be a much less impressive device, but it, too, has now been spotted in a handful of leaked renders, signaling what could be a market launch just around the corner.

The Galaxy A52s looks virtually identical to the standard Galaxy A52, and that’s not a bad thing. Both phones have a modern design language with an Infinity-O display, a metal frame, and a camera bump that color-matches the rest of the back panel.

Speaking of colors, the leaked renders at hand showcase the Galaxy A52s in four color options, of which one is new. Same as the Galaxy A52, the upcoming refresh will seemingly be available in black, white, and violet; however, it might do away with the blue color option in favor of mint green.

The source behind these renders — @_snoopytech_ — adds that Samsung will release the Galaxy A52s in a single storage option with 128GB of built-in memory.

The Galaxy A52s could debut in Germany, where support pages already exist, and it’s rumored to hit the shelves in Europe for around 450 euro. It could go on sale in Korea in September, but regardless, it might not bring too many changes aside from a souped-up Snapdragon 778G processor.