Galaxy A13 and Galaxy A23 launched with quad-rear cameras, large batteries, and more 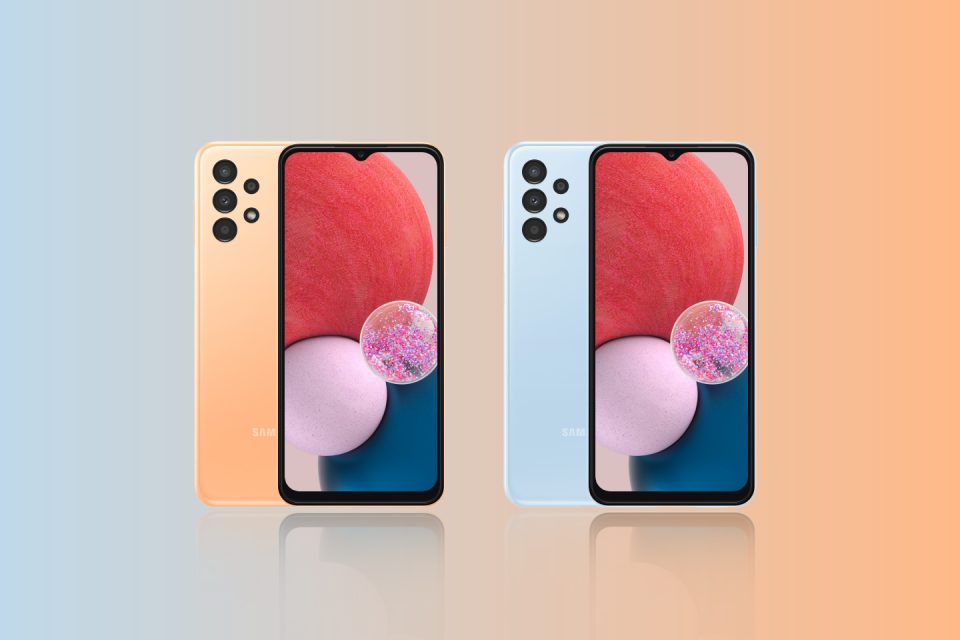 When needed, Samsung can be quite flamboyant with its product launches. However, it is known to slyly launch some of its low-end offerings from time to time, like the Galaxy A03’s stealthy launch in India. Now, Samsung has launched two more affordable smartphones via a press release, the Galaxy A13 and Galaxy A23.

Previous leaks suggested that the Galaxy A23 would be launched in both LTE and 5G flavours. The variant launched today is the former, as Samsung has flat out refused to state which SoC powers the smartphone other than Octa-Core (2.4GHz + 1.9GHz). It is coupled with up to 8 GB of RAM and 128 GB of storage. One can expand the latter to 1 TB via a micro SD card.

Other Galaxy A23 specs include a 5,000 mAh battery that supports 25 W fast charging and a side-mounted fingerprint sensor. It runs Android 12 customised with One UI 4.0 out of the box. Samsung will sell it in four colour variants: black, white, peach and blue. Its price and availability will be revealed at a later date.

The Galaxy A13 also packs slightly lower RAM and storage (up to 6 GB and 64 GB), with the latter supporting expansion via a micro SD card. Other features such as Samsung Knox, a side-mounted fingerprint sensor, and colour variants are identical across both devices.

If you’re in the market for a budget Android phone that supports 5G but doesn’t cost an arm and a leg, look no further than the Galaxy A13. Launched last year, this is a good entry-level device from Samsung and will tick all of the boxes for you. The Galaxy A13 features a 6.5-inch display, […]

MediaTek version of Galaxy A13 gets Android 13 update

Galaxy A13 gets its first major software update with Android 13 (One UI 5.0)

If a new report is to be believed, then Samsung has drastically revised its shipment target for the Galaxy A23 5G for this year. Notably, the South Korean giant has dialed down the Galaxy A23 5G shipments by a whopping 70%. Earlier this year, Samsung was planning to ship around 12.6 million units of the […]