Here you will find the latest news and most recent developments on the Samsung Galaxy A23, with regular updates and all the information you need. 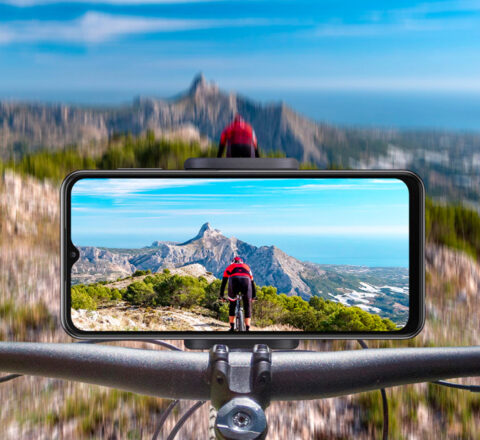 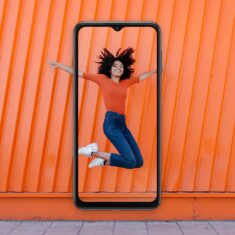 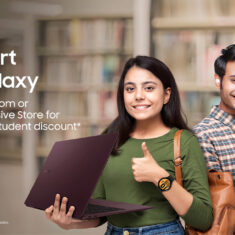 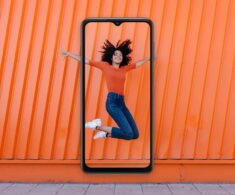 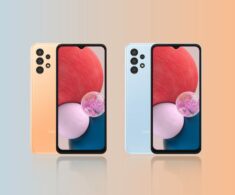 Samsung is bringing the Galaxy A13 and Galaxy A23 “with absurd cameras and long-lasting batteries” to Brazil. The company confirmed the launch details earlier this week, and both Galaxy A (2022) devices should now be available at Samsung’s offline stores in the country. The official announcement mentions that both the Galaxy A13 and A23 were […]

Samsung has just launched its new Galaxy A (2022) series onto the Vietnamese market, with the Galaxy A53 5G being the first to hit the shelves today. In addition, the company announced that the Galaxy A Series is now the Official Sponsor for PUBG Mobile at the Southeast Asian Games (SEA Games31) for the year. […]

Samsung launches Galaxy A13, Galaxy A23 in India

After launching the Galaxy A13 and the Galaxy A23 in Europe earlier this month, Samsung has launched the two smartphones in India today. Both phones can be purchased via Samsung India’s online store. The Galaxy A13 is available in three memory configurations, while the Galaxy A23 is being sold in two variants. Let us have […]

Samsung could launch multiple Galaxy A series phones this month

Apple is all set to introduce its most affordable 5G smartphone, the next-gen iPhone SE, during its “Peek Performance” this month. To counter this, Samsung could launch its updated Galaxy A series. Recently, information about multiple Samsung Galaxy A-series phones—Galaxy A73, Galaxy A53, Galaxy A33, and the Galaxy A23—was leaked. According to The Korea Herald, Samsung may […]

Galaxy A13 and Galaxy A23 launched with quad-rear cameras, large batteries, and more

When needed, Samsung can be quite flamboyant with its product launches. However, it is known to slyly launch some of its low-end offerings from time to time, like the Galaxy A03’s stealthy launch in India. Now, Samsung has launched two more affordable smartphones via a press release, the Galaxy A13 and Galaxy A23. Galaxy A23 […]

Now that Samsung is done launching its non-foldable high-end phones for the year, it is preparing to launch mid-range devices. The company will soon launch at least four mid-range smartphones, including the Galaxy A23, Galaxy A33, Galaxy A53, and Galaxy A73. Specifications of these four devices have been leaked. According to tipster @Shadow_Leak, the Galaxy […]

Galaxy A23 4G inches closer to launch, gets listed on Samsung’s website

After the successful Unpacked 2022 launch event where Samsung introduced the Galaxy S22 series, the company is now turning its attention towards other pending launches. In a recent turn of events, some interesting information about the upcoming Samsung Galaxy A23 4G has surfaced. The Galaxy A23 4G was not only spotted on the Bluetooth SIG certification website, but […]

A handful of mid-range Samsung phones belonging to the Galaxy A 2022 series have been approved recently by Russia’s FSA. The list is expansive and includes no fewer than five Galaxy A models covering all price ranges. Russia greenlit the Galaxy A13, the Galaxy A23 and A33, as well as the Galaxy A53 along with […]

One of Samsung’s low-cost phones of 2022 should get announced as the Galaxy A23. As the name implies, it will be a sequel to the Galaxy A22, and word on the street is that Samsung might want to release it in the second half of the year. A couple of months ago, we heard that […]

What’s this? Another mid-range Samsung phone with a 50MP camera?

Back in the day, every OEM, Samsung included, rushed to pack the tried-and-tested 48MP camera sensor in their mid-range and lower-mid-range offerings. Now, the slightly upgraded 50MP sensor is the new kid on the block. We reported earlier that several Galaxy A series devices would be using the hardware. Now, Galaxyclub.nl  has learned that the Galaxy […]

Search in Samsung Galaxy A23