With only one week left before Samsung takes the veil off the Galaxy S20 series at Galaxy Unpacked, a handful of first-party cases have now started getting their own dedicated online pages on a couple of portals, including Samsung Germany and Belgium.

These pages don’t contain any pictures of the products but they confirm the names of these accessories. More importantly, these pages represent strong confirmation that Samsung’s next flagship series will follow the ‘Galaxy S20’ naming convention.

Samsung prematurely confirms ‘Galaxy S20’ naming, except for the Ultra

If there was still doubt in your mind regarding Samsung’s decision to skip the Galaxy S11-through-S19 and name its next flagship series the ‘Galaxy S20’ then these official landing pages discovered by Mobile Fun should be proof enough of this truly being the case.

The Galaxy S20 LED Cover, Clear Cover, and Protective Standing Cover have received their dedicated pages, and so have the Clear View Cover and Smart LED Cover for the Galaxy S20+.

Meanwhile, Samsung published the page of only one case option for the so-called Galaxy S20 Ultra, and it doesn’t mention the smartphone’s moniker anywhere. Instead, the page contains only the EF QG988 model number which should correspond to a Clear Cover design.

That’s not to say the pinnacle of the flagship range won’t be called the ‘Galaxy S20 Ultra.’ It very likely will, but until Samsung confirms this, there’s always a chance – even a remote one – that the phone may be called something different, especially because the company appears to be reluctant towards disclosing its name, more so than it is in regards to the Galaxy S20 and S20+.

Whatever the case may be, the series as a whole should offer an even wider variety of first and third-party cases, although third-party options might be limited at launch. 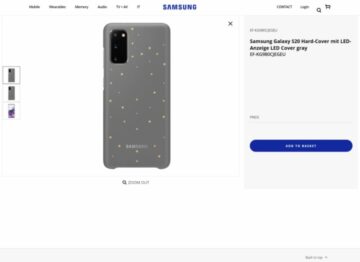 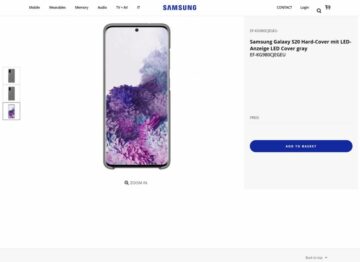