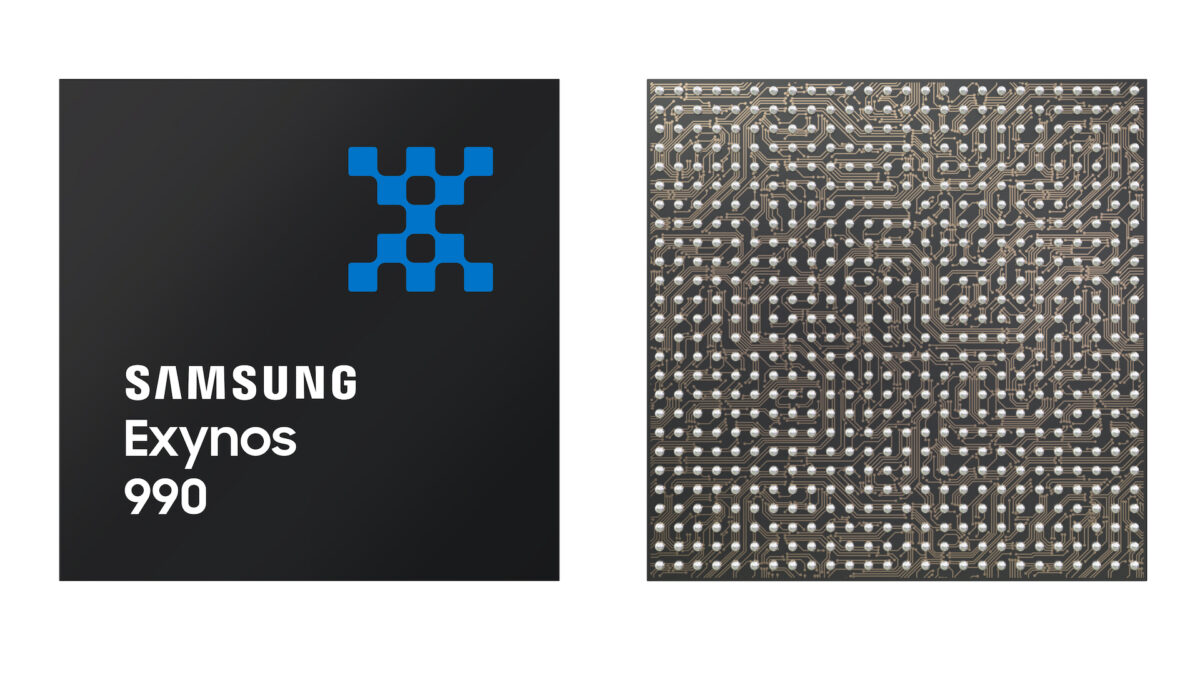 It’s accompanied by a new 5G modem called the Exynos Modem 5123. It’s also built using the same process technology as the mobile processor and is adapted for high-volume 5G applications. It’s actually one of the first 5G modem chips manufactured using this process. The 5G Exynos Modem 5123 has support for all network technologies. This includes sub-6GHz and mmWave 5G spectrums to 2G, 3G and 4G LTE. With up to 8-carrier aggregation, it can deliver maximum download speeds of up to 5.1 Gbps on 5G or up to 3.0 Gbps in 4G.

The Exynos 990 features an embedded ARM Mali-G77 GPU. It’s the first premium GPU that’s based on the new Valhall architecture which promises performance and power efficiency gains of up to 20 percent. That’s over and above the 20 percent performance improvement from the flexible tri-cluster CPU structure which consists of two custom cores, two high performance Cortex-A76 and four power-efficient Cortex-A55 cores.

Perhaps the most interesting aspect of the Exynos 990 is that it features a 120Hz refresh-rate display driver. This should open the door for future Samsung smartphones with 120Hz displays, something that many have been looking forward to. The company itself mentions that this should reduce screen tearing and allow for smoother animations even on devices like foldable phones.

Since AI is all the rage these days, there’s no surprise that the Exynos 990 has a neural processing unit or NPU on board. It features a dual-core NPU with an improved digital signal processor capable of performing more than ten-trillion operations per second. Having an NPU on board means that the AI can process all of the data on the device itself. This helps improve the functionality of features like facial recognition and scene detection.

With support for LPDDR5 memory and an advanced image signal processor that can support up to six individual image sensors and process three of them at the same time, the Exynos 990 can enable pro-grade photography with a resolution of up to 108 megapixels.

Which devices will get the Exynos 990?

Samsung hasn’t said what devices this chip will power but given that it’s evidently a premium SoC, there’s a possibility that it might be used for devices like the Galaxy S11 and the next Galaxy Fold, instead of something like the Exynos 9830. Samsung already unveiled a mid-range Exynos 980 chip last month, the company’s first with an integrated 5G modem. It’s expected to power the 2020 Galaxy A series.

The company says that the Exynos 990 and Exynos Modem 5123 is going to enter mass production by the end of this year. This means we can expect them to start showing up in Samsung devices early next year. 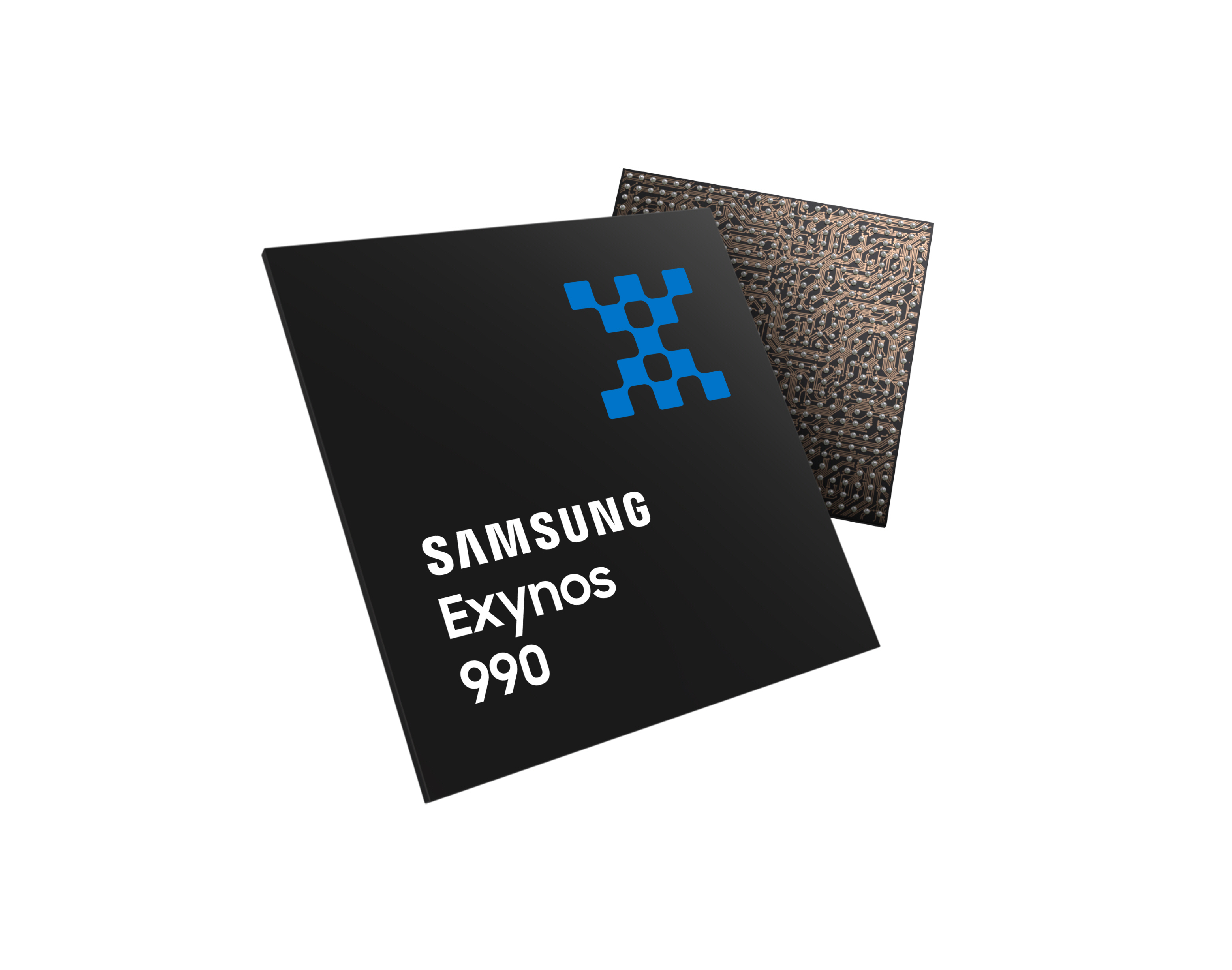