The focus is gradually shifting to Samsung’s 2021 flagships as the company has no more high-end phones left for this year. It’s expected that Samsung will launch three models as part of the Galaxy S21 series and that they will be called Galaxy S21, Galaxy S21+ and the Galaxy S21 Ultra. Some believe that Samsung might even call the series “S30” but what difference does a name make.

What matters more are the actual specs. We have been hearing whispers about the Galaxy S21+’s battery capacity and now we can see it for ourselves. A Korean safety agency listing reveals not just the battery itself but also its capacity.

There remain no doubts about the Galaxy S21+ battery capacity

Earlier this month, China’s CCC telecom authority certified a pair of batteries that were meant for the Galaxy S21 and Galaxy S21+. The latter carries part number EB-BG996ABY and has a rated capacity of 4,660mAh.

This image shows us the battery that will go inside the Galaxy S21+. It also confirms that the battery has a rated capacity of 4,660mAh which will be marketed as 4,800mAh due to its typical capacity.

In case you were wondering, it’s slightly bigger than the Galaxy S20+ which has a 4,500mAh typical capacity battery. This improvement is going to appeal to customers who would prefer buying the + model instead of going for the all-out bonkers Ultra model.

Samsung is not going to unveil the Galaxy S21 series before February next year at the very least. Details about the other specs are slim at this point in time. However, it’s expected that this will be the first series to utilize Samsung’s new Exynos 1000 processor. There’s hope that it won’t be that horrible compared to the Snapdragon 875 chipset that will be used in select variants of the Galaxy S21. 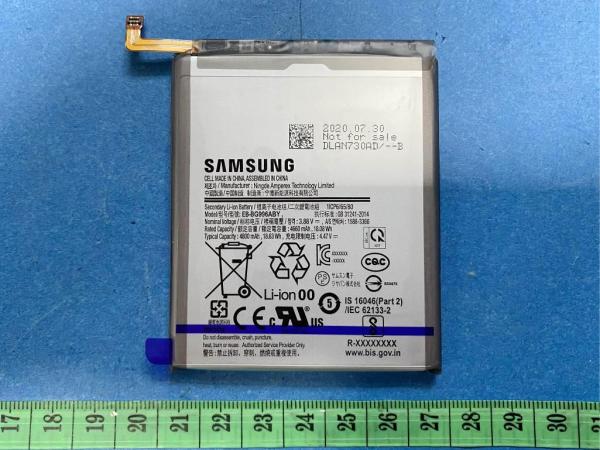