Even though there won’t be a new Galaxy Note model coming this year, the S Pen itself has remained a hot topic of conversation among Samsung fans, especially since the accessory is expected to be compatible with the upcoming Galaxy Z Fold 3.

Furthermore, Samsung generated a bit of hype around the S Pen back in January when it unveiled the S Pen Pro. It has yet to release this accessory, but it’s expected to make a debut along with the Galaxy Z Fold 3 at Unpacked. And with a little over a week to go before the event, mentions of the S Pen Pro have started cropping up in some of Samsung’s latest app updates.

With the app updated, the Scan for S Pen pop-up message will now depict a sketch of the S Pen Pro and instructs users to press and hold the Connection button “until the LED starts blinking,” as seen in the screenshot below. In other words, the S Pen Pro is equipped with an LED for easier pairing. It also appears to have an additional switch near the top, though its purpose is unclear.

The Galaxy Z Fold 3 and the S Pen Pro accessory will be unveiled on August 11 at Galaxy Unpacked 2021. It will be Samsung’s first foldable phone to support this input method, which is probably why the company felt like a new Galaxy Note model will not be needed. Let’s hope that’s true and that the Galaxy Z Fold 3 delivers.

And if you’re not a fan of foldables or you just don’t want the Galaxy Note series to go away forever, you can try changing Samsung’s mind by signing our petition. 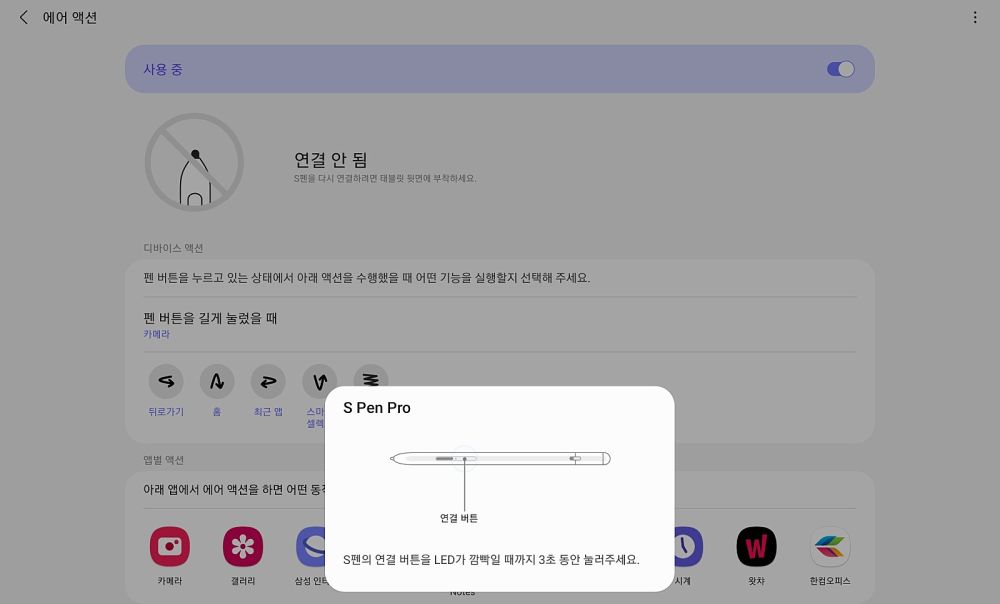