48 hours with the Galaxy Note 10+: Enough to be impressed 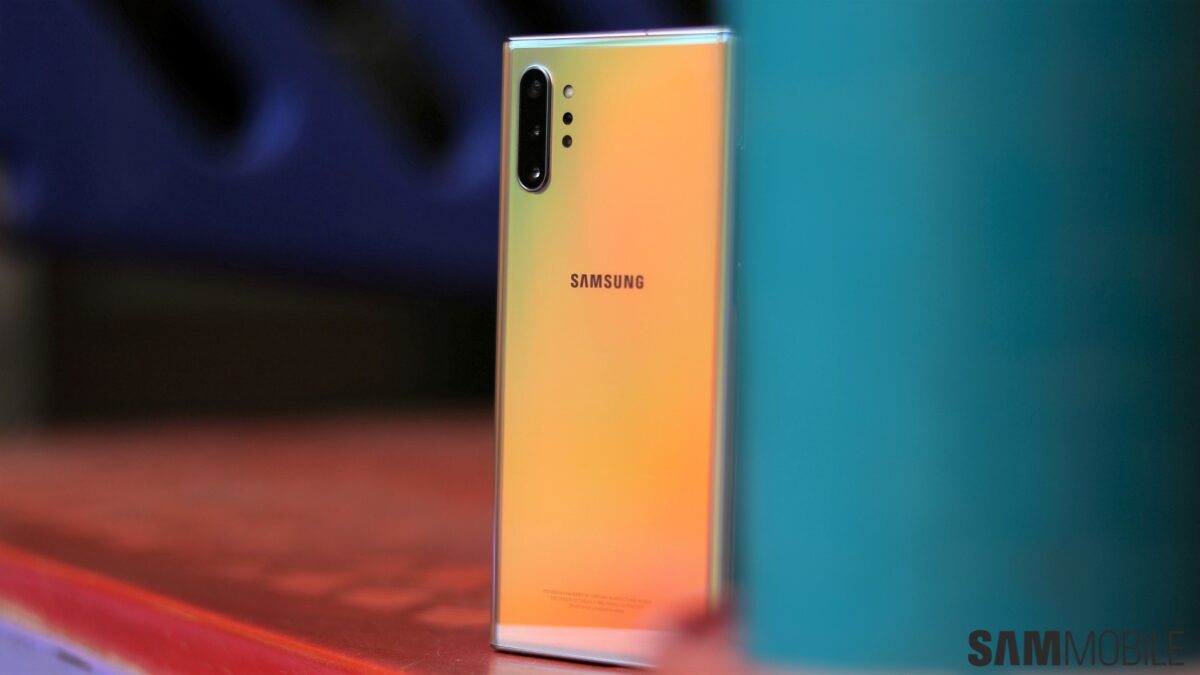 Monday, August 19, was a tough day for me. Not because I was going through any issues, but because I was impatiently waiting for our Galaxy Note 10+ review unit to arrive at my doorstep. I don’t remember the last time I felt so excited about an upcoming phone. I didn’t get to play with the Galaxy Note 10 or Note 10+ at Samsung Unpacked because, well, I wasn’t there. My colleagues Adnan, Danny, and Daniel were in New York City for the new flagship’s launch, but I turned out to be the lucky one as I am the first to actually get one of the devices to use as my primary phone.

That also means the responsibility of our Galaxy Note 10+ review falls to me. And that review will come in the next few days. Perhaps not by August 23, the day the Note 10 and Note 10+ will go on sale worldwide, but then a good review takes time, so I would ask you, our readers, to be patient. What I will also do is let you know my thoughts on the Note 10+ after a little over 48 hours with the device. Spoiler alert: I’m already in love with this phone for a couple of reasons, but not all has been as good as I would expect. Without further ado, let’s dive into it.

Where did the bezels go? 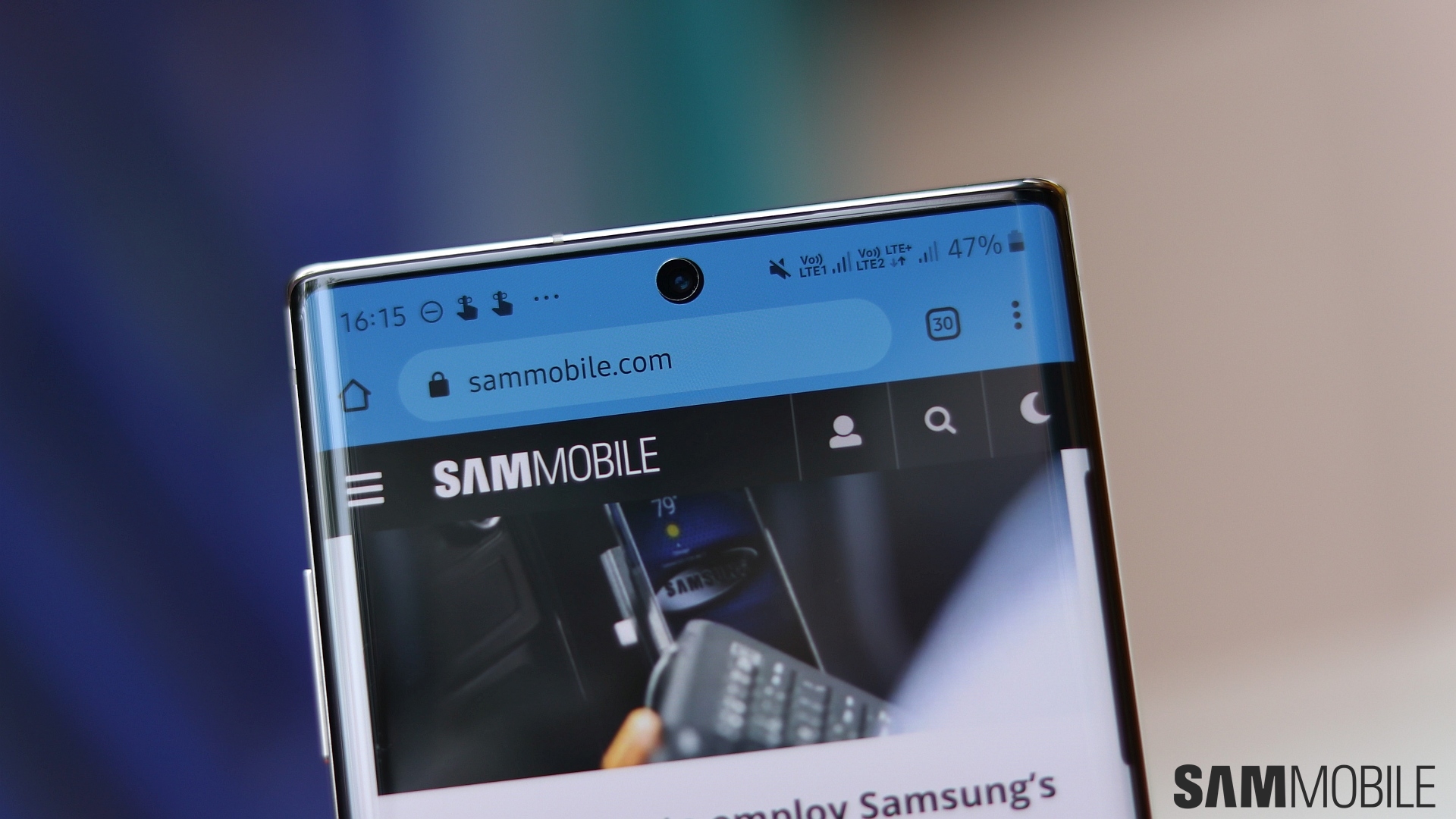 You have to see the Galaxy Note 10+ in person to understand what Samsung has achieved. A 6.8-inch display on a device that’s barely any larger than the Galaxy Note 9, which had a 6.4-inch display? That’s impressive any way you look at it, and having all that screen estate with nary any bezels in sight makes for a very compelling experience. And don’t worry about that centered punch hole camera. I’ve already begun ignoring it, and it really isn’t any more distracting than the corner cutouts on the Galaxy S10 lineup.

The tiny bezels do create one issue: I found my palm and fingers touching the screen around the edges without knowing, and that, for example, prevents the phone from reacting to a tap of the S Pen. It doesn’t happen often, but it has happened enough times already for me to be concerned. Hopefully Samsung will improve the palm rejection with software updates, or it could become a point of frustration for many users. 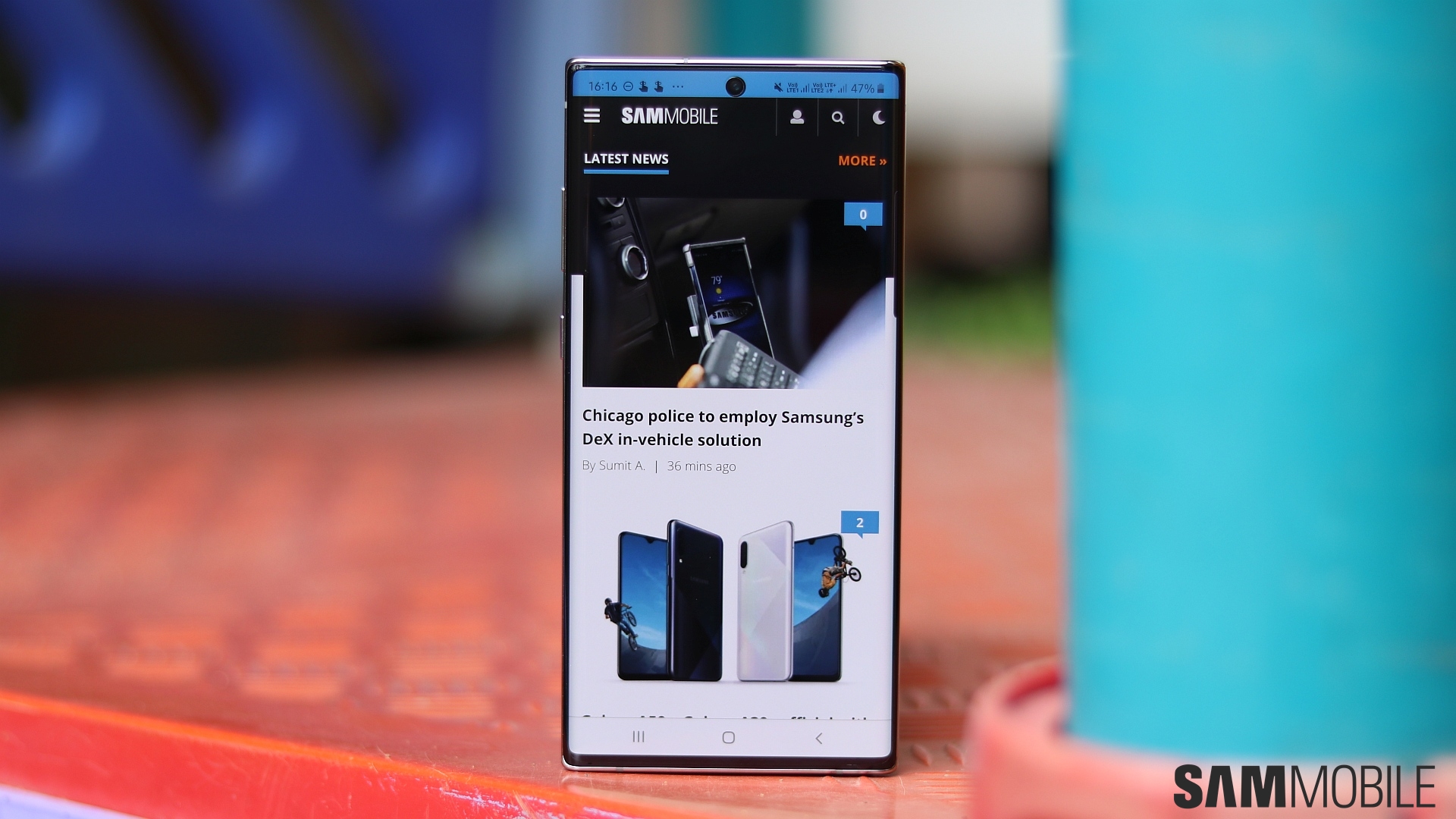 The 6.8-inch AMOLED display itself is as awesome as you would expect, and the touchscreen’s smooth as butter, although that might be because of the pre-installed screen protector (which I don’t want to remove). It’s also amazing how thin the grille for the earpiece is. It’s almost impossible to spot unless you’re looking for it, and I probably wouldn’t have noticed it if the bundled case (yes, there’s a case bundled with the phone in some markets) didn’t have a cutout for the earpiece grille that made it obvious that there’s something there even if you can’t easily see it.

As for the Aura Glow paint job, well, I like it, but at this point I’m finding it hard to care about what a phone looks like from the back, what with the front fascia now all black no matter which color you pick. Fingerprints are still a problem and it doesn’t take much to smudge up the rear glass. I do love how thin the phone is, though, as it allows the wide build of the device to be more handy than it would otherwise be with that 6.8-inch screen.

S Pen is still great, but the gestures are hit and miss

The new air gestures were the first thing I tried with the S Pen, and I can say those gestures aren’t the most intuitive. For those unaware, the S Pen is now basically a wand that you can wave around to perform some actions. Pressing the S Pen button and waving the stylus up, for example, switches between the front and rear cameras. Waving it in a circle will make the camera zoom in or out, but I just ended up taking burst shots instead as the S Pen button also acts as a shutter button, so there’s some precision required in terms of how far you’re holding the S Pen for the gestures.

But when it comes to what the S Pen could already do before the Note 10, everything works as well as you’d expect. And I love that Samsung has finally removed the two-tone approach it has been using for the S Pen’s design for years. There’s no silver patch at the top with the Samsung logo on it and the stylus looks less tacky as a result. And if you get the Aura Glow Note 10 or Note 10+, you get a dark blue S Pen that looks great.

Charged in 60 minutes… give or take 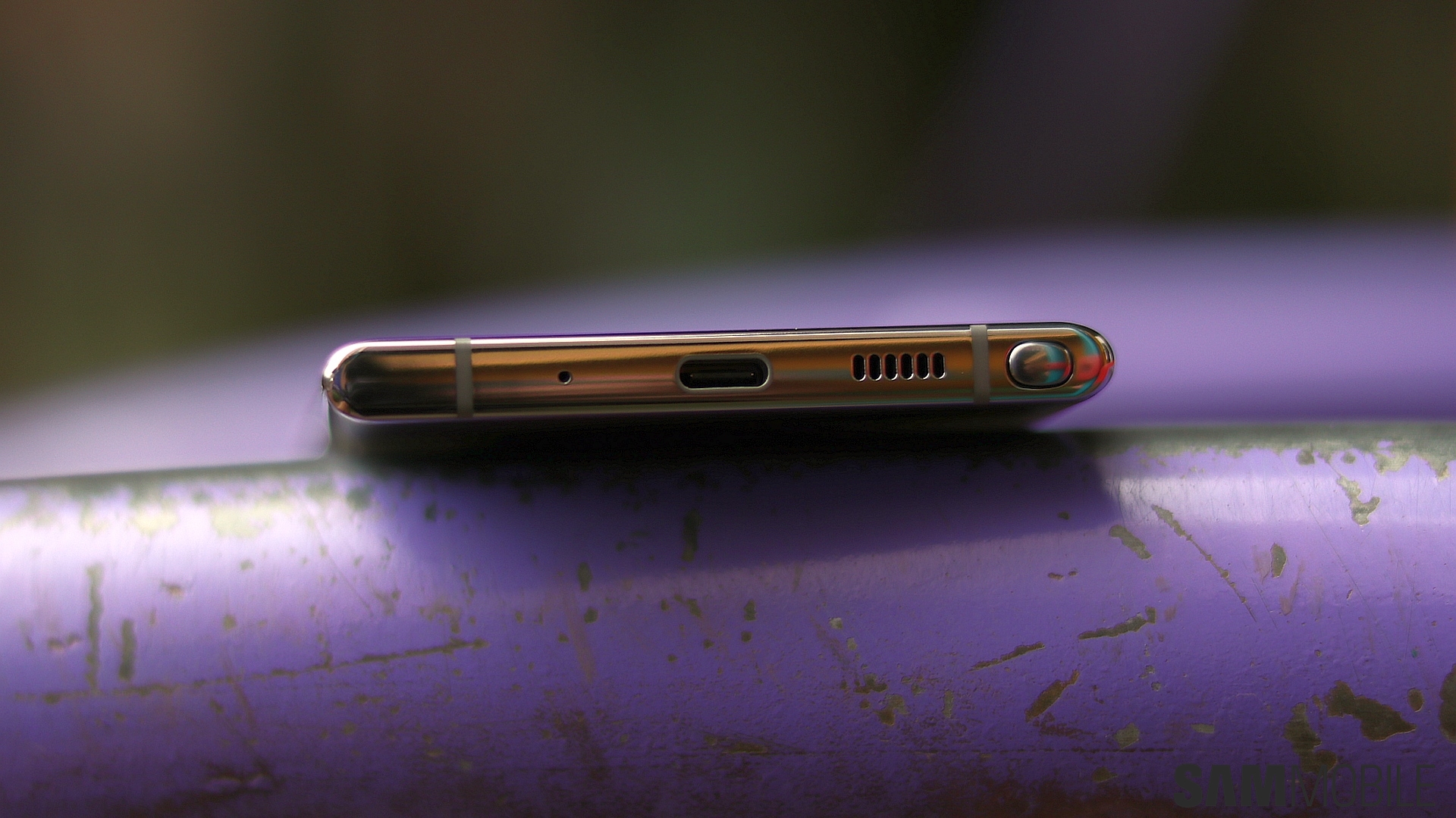 I’m not going to comment on the phone’s battery life, as I’ve not had the chance to take it through enough charge and discharge cycles. Okay, so I will say it’s not been as great as I would expect for a 4,300 mAh battery out of the box, but it’s far better than the Galaxy S10+ was (bear in mind that both of my phones are the Exynos models). And even better is how that battery charge just shoots up so quickly!

Early tests showed the phone can go from 0 to 100% in 65 minutes, and my personal experience was similar. I started charging the phone when the battery was at 5 percent and saw the charge go to 27% in 10 minutes and 46% after 20 minutes of charging. The battery percentage seems to go up by 1 every 20-30 seconds, and I was almost spellbound at seeing the charge climbing up so quickly. Now if only I could get hold of that 45W charger and see how much of a difference it makes. 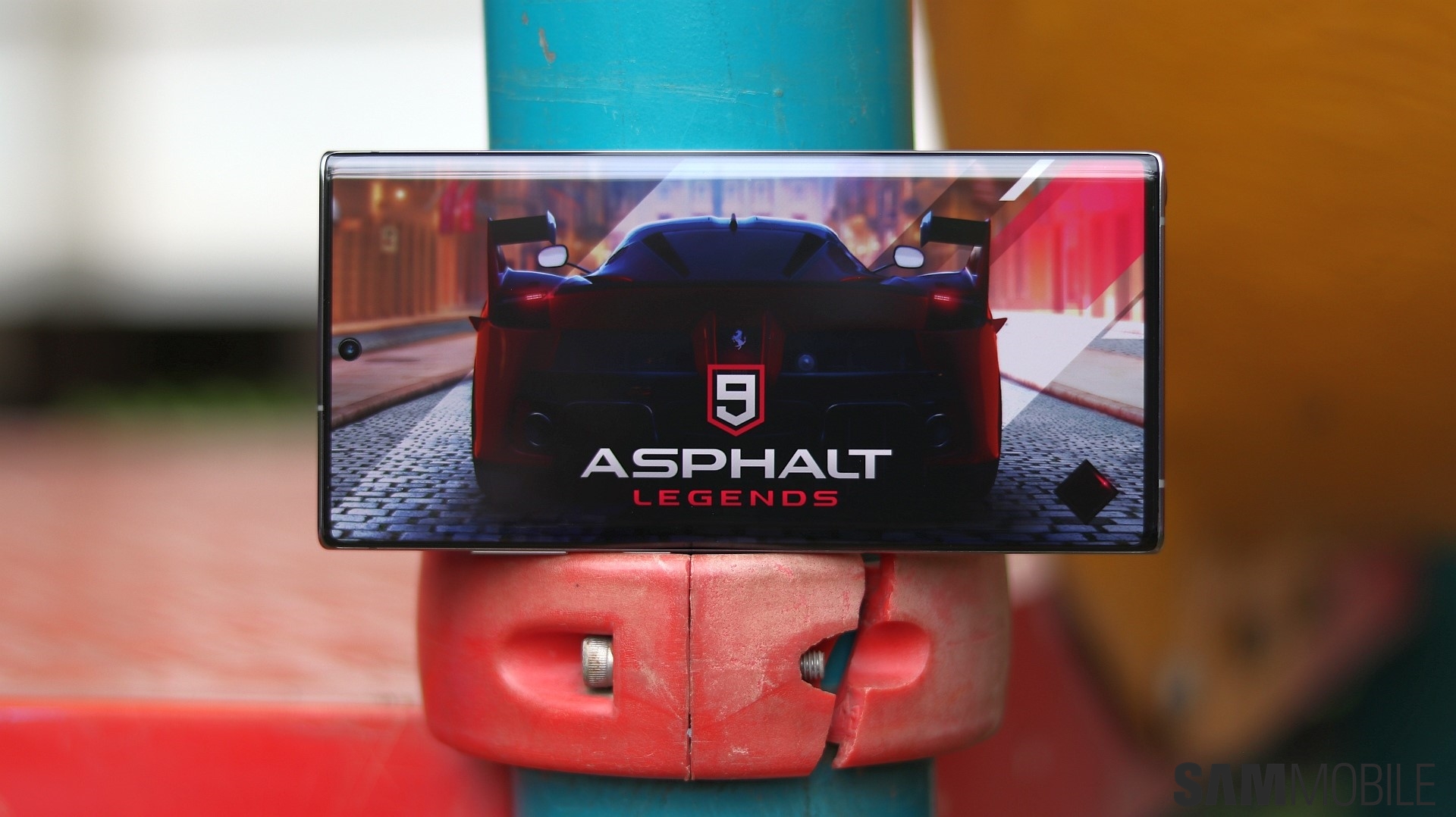 It shouldn’t surprise anyone to hear that the Galaxy Note 10+ is a very fast phone. The Galaxy S10 was Samsung’s smoothest flagship phone when it launched earlier this year, and the Note 10+ continues that tradition. I can also see how the faster storage makes a difference. The phone seems to take less time to save videos after editing and installs apps slightly faster as well. It could just be the placebo effect, however, and I’ll need to test it out more thoroughly to find out how much of a difference the UFS 3.0 storage makes in day-to-day use. 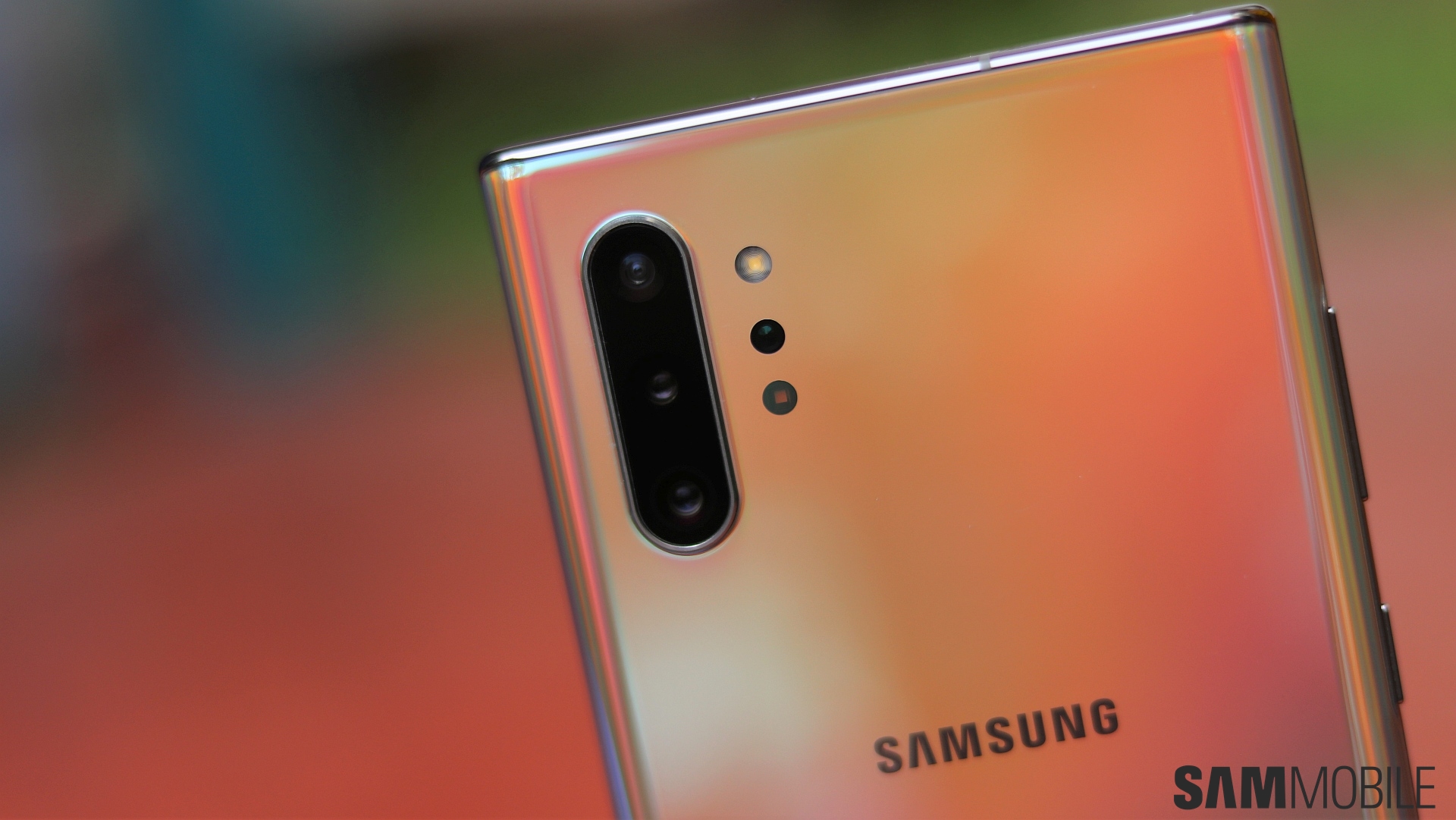 The Note 10+’s basic camera setup is the same as the S10’s: a 12MP primary camera, 16MP ultra-wide camera, and 12MP telephoto camera. The telephoto camera has an aperture of F2.1 while the S10 had a F2.4 telephoto lens, but I don’t really see much of a benefit there. The Note 10+ switches to digital zoom with the main camera all too often, even when taking pictures in Night mode. It’s unclear why the telephoto lens can’t act as a dedicated camera all the time, especially now that it has a wider aperture than the ultra-wide lens.

But overall picture quality with the Note 10’s cameras is as good as you would expect and not really different from the Galaxy S10. The software features, like Live focus video and AR Doodle, are fun but not necessities, and the DepthVision 3D sensor next to the triple camera setup allows you to measure dimensions of real-world objects with the Quick Measure app, which some might find useful. Sadly, I couldn’t test the 3D scanning abilities, because Samsung’s 3D Scanner app wasn’t officially available.

Check out a few camera samples below.

Power button on the left needs some getting used to 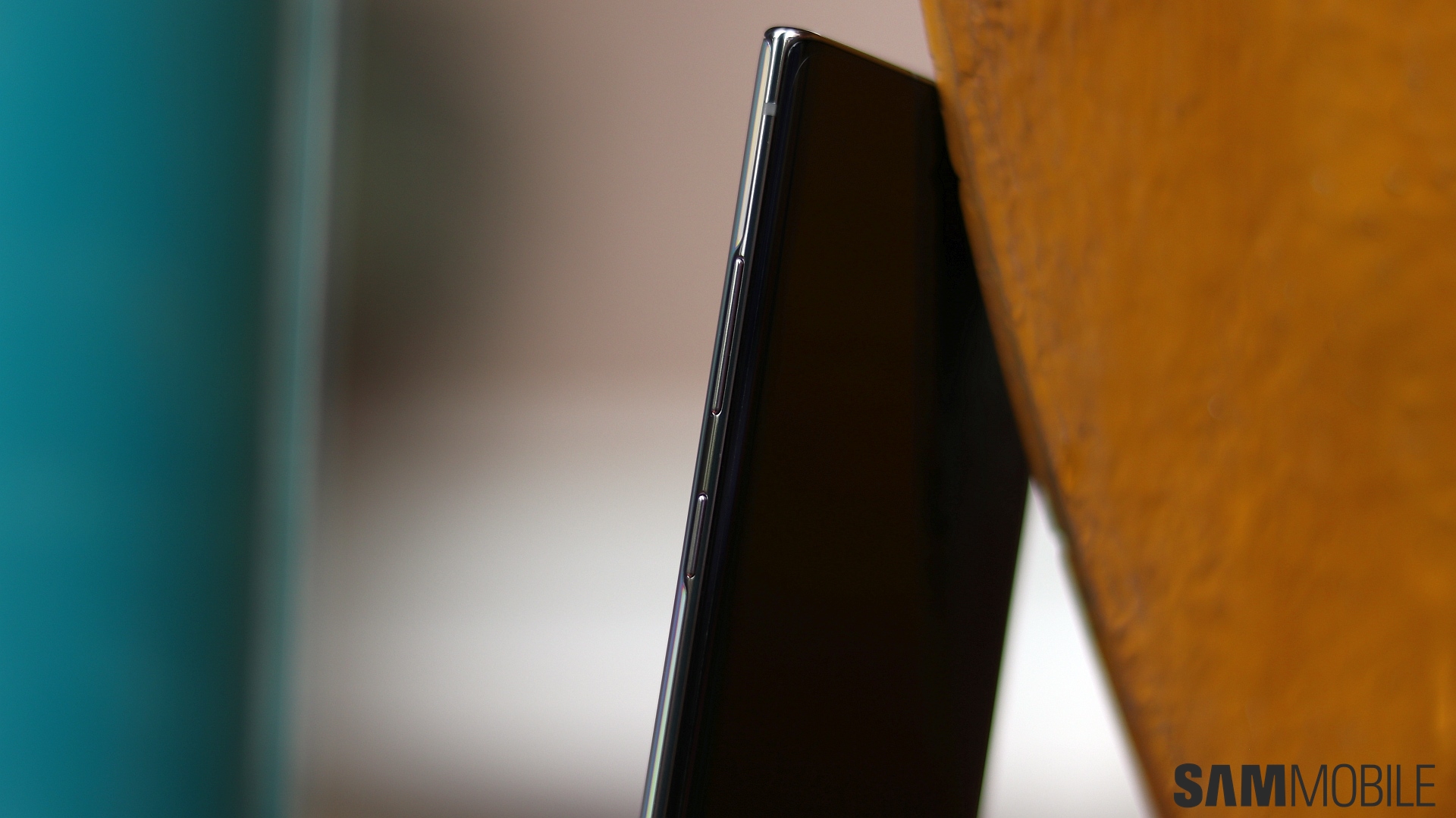 If you’ve been a long-time Galaxy smartphone user, you’ll probably have trouble getting used to the fact that the power button is now on the left side, where the Bixby button would have been. There are other Galaxy phones launched this year that have the volume and power buttons on the same side, but all of them put the buttons on the right side of the phone. I had also gotten used to pressing the Bixby button for launching the camera, and there have been a few instances where I pressed the power button on the Note 10+ out of habit and switched the screen off.

Taking screenshots has been awkward as well, especially when I was trying to take screenshots of the camera interface. It’s hard to keep holding the phone steady while the camera is aimed at something and take screenshots at the same time without blurring out whatever is on the viewfinder. Left-handed folks will love the new placement of the power button, but everyone else will have a bit of a learning curve to get used to it.

Early verdict: A flagship phone that ticks all the right boxes 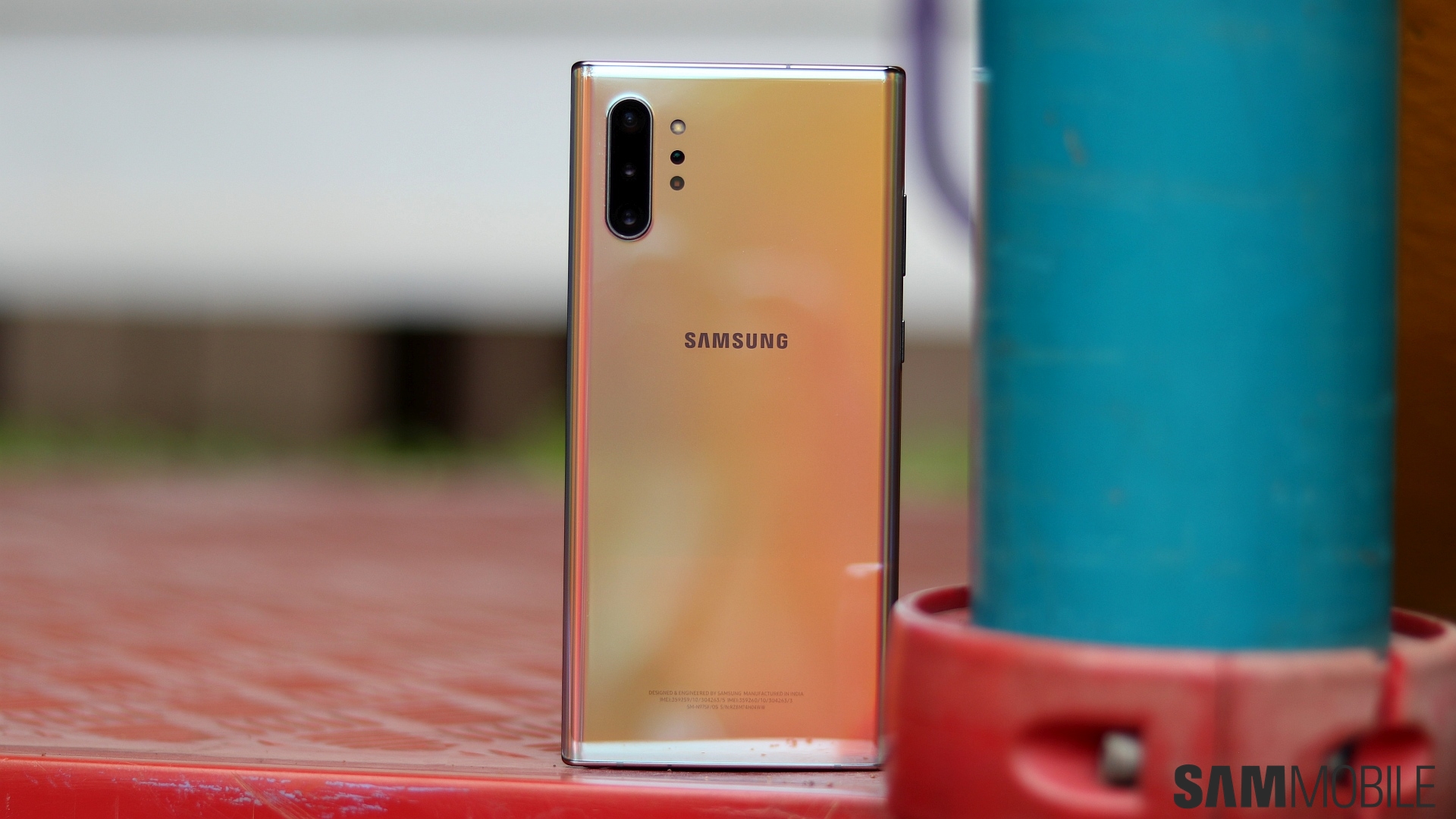 This might not be a proper review, but if you’re looking for someone to give you the final nudge before placing an order, let me be that someone and say the Note 10+ is totally worth it. The Galaxy S10+ was an excellent phone, and the Note 10+ builds on that by adding a bigger battery with faster charging, the good old S Pen, a larger display, faster storage, more RAM, and quite a few extra camera features. Perhaps the only reason you shouldn’t consider the Note 10+ (or Note 10) is if a headphone jack is at the top of your priority list, but for everyone else, the Note 10+ is a solid device.

Of course, if you like making more informed purchase decisions (which is how it should be for a $1100 phone), look forward to our full Galaxy Note 10+ review in the next couple of days.