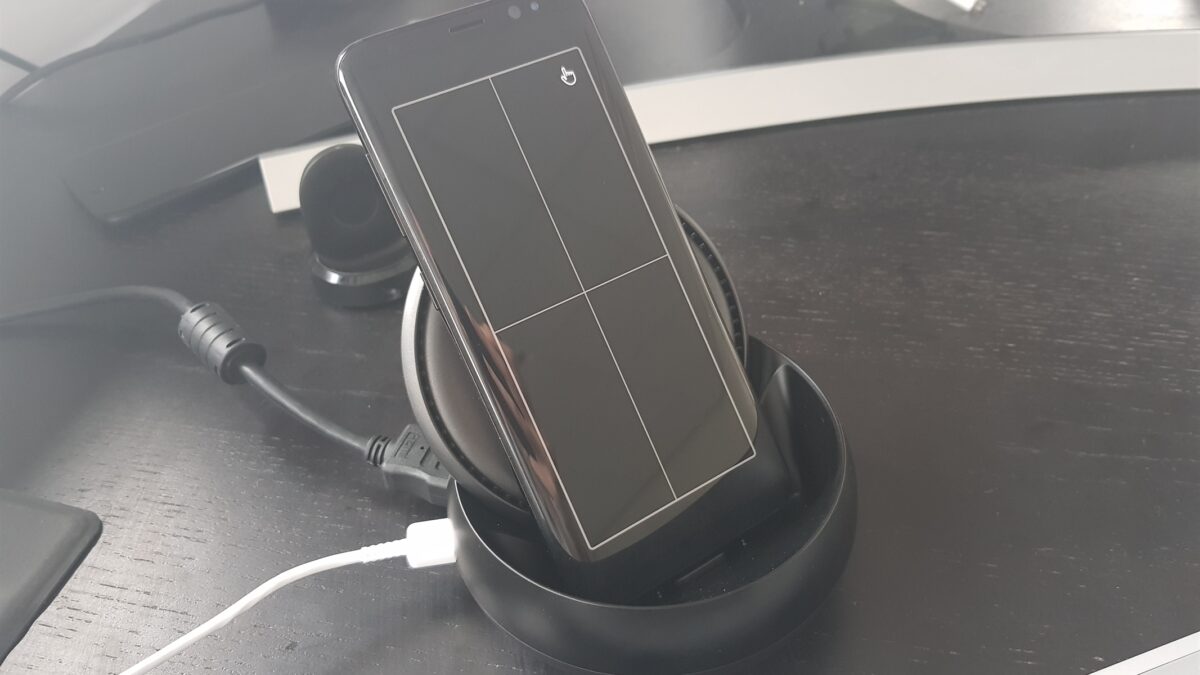 A European trademark application reveals the wireless iteration of Samsung’s DeX software might come soon. We would not be surprised to see ‘DeX Live’ makes its debut on the Galaxy Note 10, coming August.

Back in October of last year, rumors surfaced about a next-generation DeX that can make wireless connections. Such functionality did not make its way to the Galaxy S10 earlier this year, but new information suggests it might finally be around the corner.

Today, the guys over at GalaxyClub spotted an application filed by Samsung in the European Union for the trademark ‘Dex Live’. As per usual, technical details are not revealed by trademark paperwork, but an interesting description is included nonetheless. In the paperwork, the first description of ‘Dex Live’ reads ‘application software, namely, for projecting the screen of mobile device to displays via computer peripheral devices and wireless networks‘. DeX Live being that previously rumored wireless DeX functionality certainly seems to be a possibility, though we have to wait for the actual feature to be revealed before we know for certain what is cooking in Samsung’s kitchen.

What remains is the question when or where DeX Live will make its debut. In recent years, important upgrades to Samsung DeX have always been launched with new Galaxy S or Note devices. Just last year, the Galaxy Note 9 brought us DeX without the need for a dock or pad, making the Galaxy Note 10 a likely candidate for further upgrades to the DeX experience.

Still, we won’t know for sure until August, when the next-gen Note launches. Until then, an increasing number of leaks will undoubtedly detail much of the Galaxy Note 10, so perhaps we will not have wait that long for more information to appear. 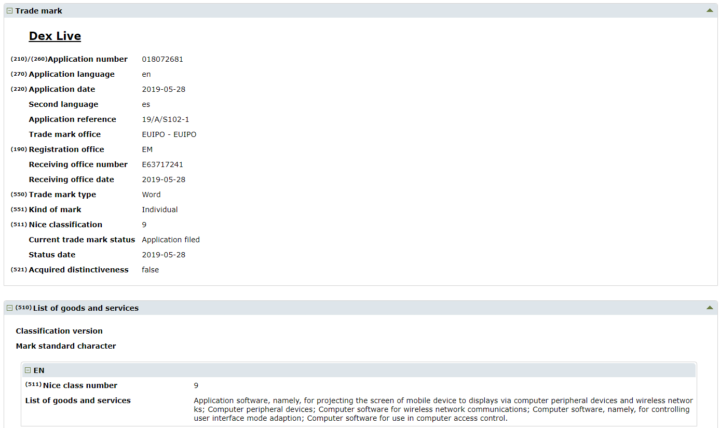