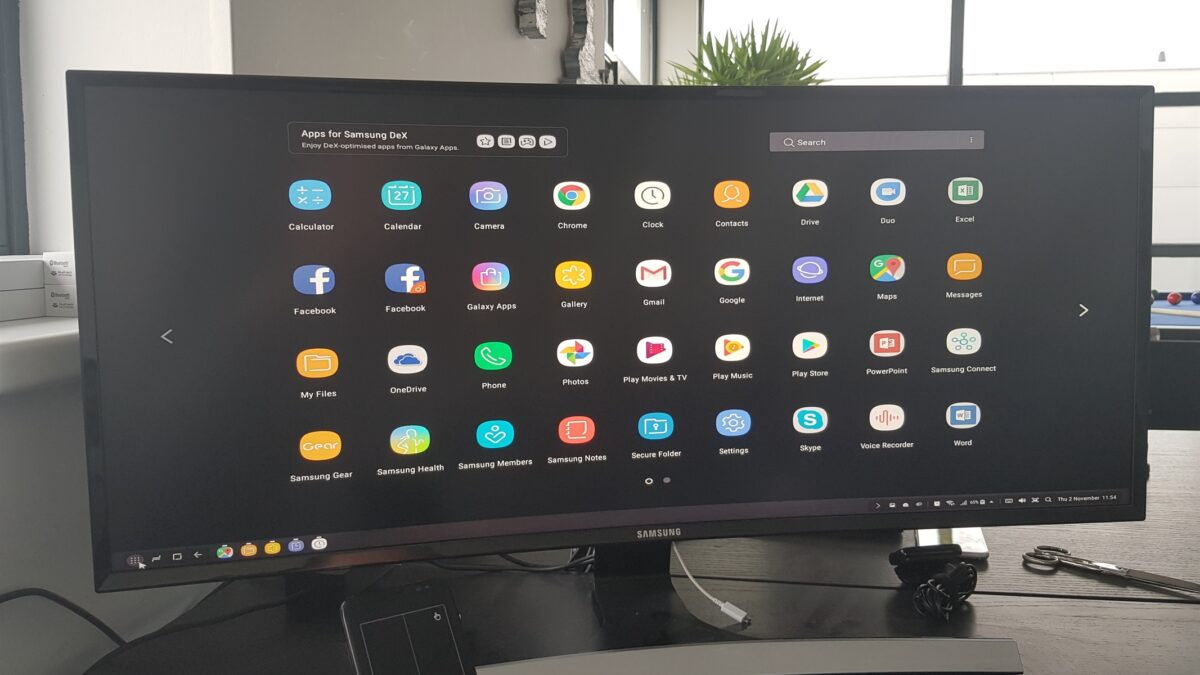 Here’s another interesting feature to add to the list of everything the Galaxy Note 9 will offer over existing flagships. According to the folks over at WinFuture, the Galaxy Note 9 will not require the Samsung DeX dock to offer a desktop-like experience. Instead, just a DisplayPort-enabled USB-C adapter or cable will do the trick.

A DeX experience without a DeX dock

The full desktop experience that one gets through the DeX station right now will be available on the Note 9 with a Type-C cable, without requiring an external keyboard or mouse (Oreo already makes it possible to use the phone’s display as a trackpad). Samsung reportedly wants to make it easier for users to playback videos on a big screen. And, frankly, this is not something new to the smartphone world. The MHL standard has long allowed smartphone users to connect to displays via the phone’s USB port, and the USB-C connector, in addition to charging devices and allowing fast data transfer, can drive displays as well, making it extremely versatile.

Thanks to the desktop interface, the Galaxy Note 9 will go one step ahead compared to regular smartphones that can connect to external displays via the USB Type-C port. It would also alleviate the need to spend on a DeX station, though this may result in fewer sales of Samsung’s productivity platform. Also, whether the support for a DeX environment without a DeX dock will come to existing Samsung flagships remains to be seen. That’s assuming this particular report is even correct. And with everything that has come to the fore about the device this week, we wouldn’t be surprised if it is.

WinFuture also claims that Samsung will start taking Galaxy Note 9 pre-orders shortly after the phone’s launch and start delivering it to consumers on August 24. It matches previous reports that have said August 24 is the day the Note 9 will go on sale. However, there’s no word on just how widely the phone will be available on day one.

Thankfully, Samsung has pretty much confirmed some of the interesting Galaxy Note 9 specs today. The company has revealed that the device will have a big battery, boatloads of internal storage on the base model (128GB), and faster performance than we have seen before. It may also have a huge focus on gaming thanks to its Bluetooth-enabled S Pen, with the Android version of the popular multiplayer game Fortnite reportedly launching as a timed Note 9 exclusive.