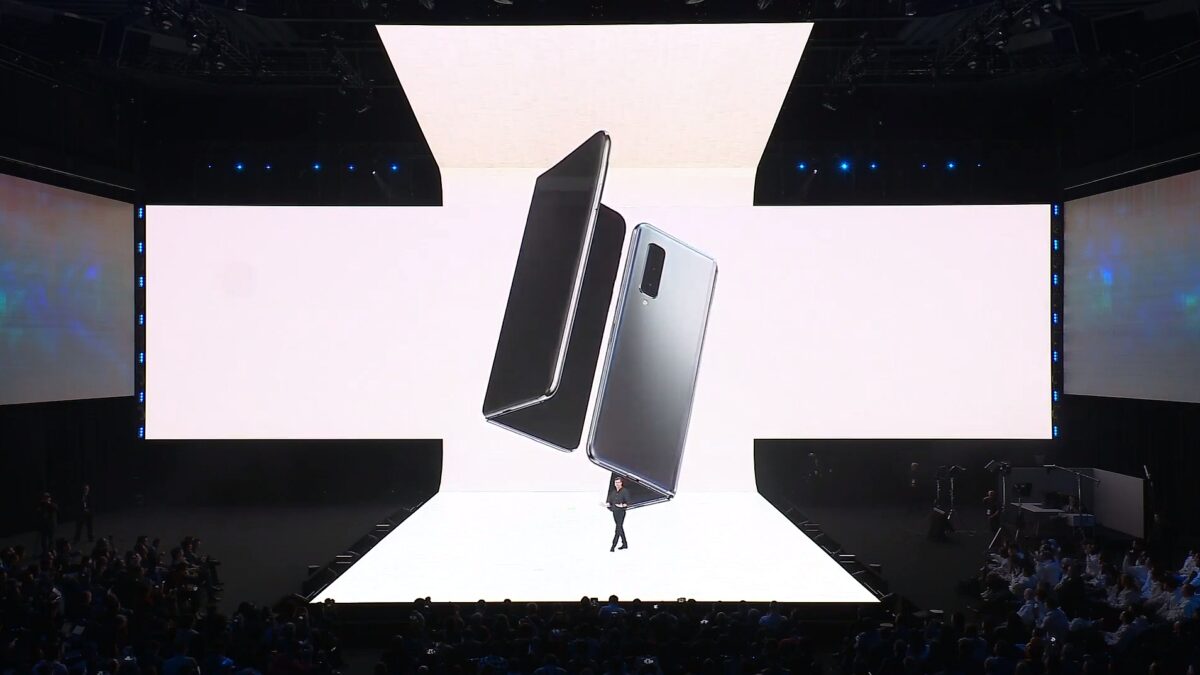 Samsung fans still have a lot of questions about the Galaxy Fold. The company has carefully controlled the information flow for its first foldable smartphone. Despite unveiling the handset on February 20, it has not allowed members of the press to go hands-on with the device so far. That was also the case at MWC 2019 where the Galaxy Fold was proudly showcased in a glass boss but kept out of our hands.

With the Galaxy Fold launch just around the corner, some information is inevitably making its way to the public. Like that first Galaxy Fold video which seemingly surfaced from Vietnam and gave us a glimpse of the handset’s display crease. Now, a person who got the Galaxy Fold early has revealed some tidbits about the Galaxy Fold.

It’s reiterated that the device doesn’t actually fold completely flat. It’s more like a binder in that it leaves a tiny gap between the two display sides when closed. The open/close delay has apparently not been addressed so far. That’s the lag experienced when shifting apps from the external to the internal display. The example given says Chrome won’t re-render pages to fullscreen when switching sometimes. The webpage would first be rendered in the small area before its re-rendered to fullscreen after a few seconds.

As regards the display crease, it’s said to be noticeable but not too bad. It can be felt under the finger but becomes hard to notice when the screen is turned on and the brightness is over 70 percent. While the internal display can remain open at a right angle, the screen would be off. So it will not be possible to use the device in that state.

The external display is fully capable of doing everything that you would expect an Android smartphone to do. It can run games, though it would hardly make sense to play them on it. What’s more useful is having separate home screen setups for both displays which is allowed. Additional details include support for MST-based Samsung Pay, custom wallpapers and a separate 4G LTE variant as we exclusively revealed.

The person says that the general performance is comparable to the Exynos-powered Galaxy S10+. It merits mentioning here that the Galaxy Fold will use the Snapdragon 855 and not an Exynos chip as Samsung has already confirmed it has a 7nm processor. The production model of the Galaxy Fold runs One UI 1.2.

There’s a lot of interest in the storage speeds of this device given that the Galaxy Fold is Samsung’s first smartphone with UFS 3.0 storage. An AndroBench test result has revealed sequential read and write speeds of 1512MB/s and 418MB/s. That’s quite an improvement over the 950MB/s and 306MB/s speeds possible on the 12GB Galaxy S10+.

It won’t be long now before we can get our hands on the Galaxy Fold. Samsung will release the device on April 26 in the United States. The company will also start taking pre-orders for the device in Europe on that day, releasing it in 15 markets on May 3 for 2,000 euro.