Samsung announced back in January that its 2018 and 2019 smart TVs are getting iTunes and AirPlay 2 support. The iTunes Movies and TV Shows app will be available exclusively for Samsung’s smart TVs in over 100 countries initially. That’s before it arrives on smart TVs from other manufacturers.

Apple today unveiled a new Apple TV app. It brings together the different ways and services that people watch TV today. The company will be releasing the app across a variety of platforms and Samsung smart TVs will be the first to get it.

The new Apple TV app will be out in May 2019 for Apple’s own devices first. It allows users to discover and watch shows, movies, news, sports and more in one app. This app will be available across iOS and macOS devices in addition to streaming devices and smart TVs.

It will also enable them to view content from their cable, satellite or online TV streaming subscriptions from within the app. With Apple TV channels, subscribers will be able to pay for the premium networks they want, such as HBO, Showtime and Starz. Last but not least, the new Apple TV app will allow users to purchase or rent iTunes movies and TV shows.

As previously mentioned, this app will first be released for iOS devices and the Apple TV set-top box in May. The company will then release it for Samsung smart TVs “this spring.” It hasn’t been confirmed, though, if both the 2018 and 2019 models will get it or just the latest Samsung smart TV models. Other supported platforms include Sony, Vizio and LG TVs in addition to Amazon Fire TV and Roku streaming devices. They will all get the app “in the future.” 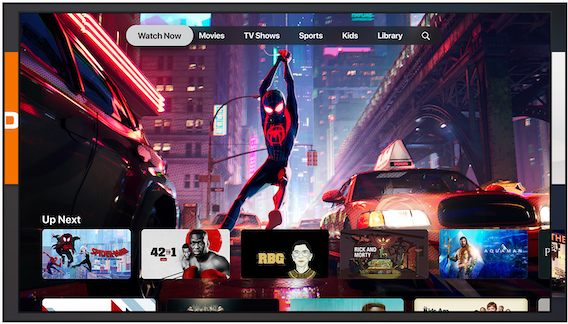