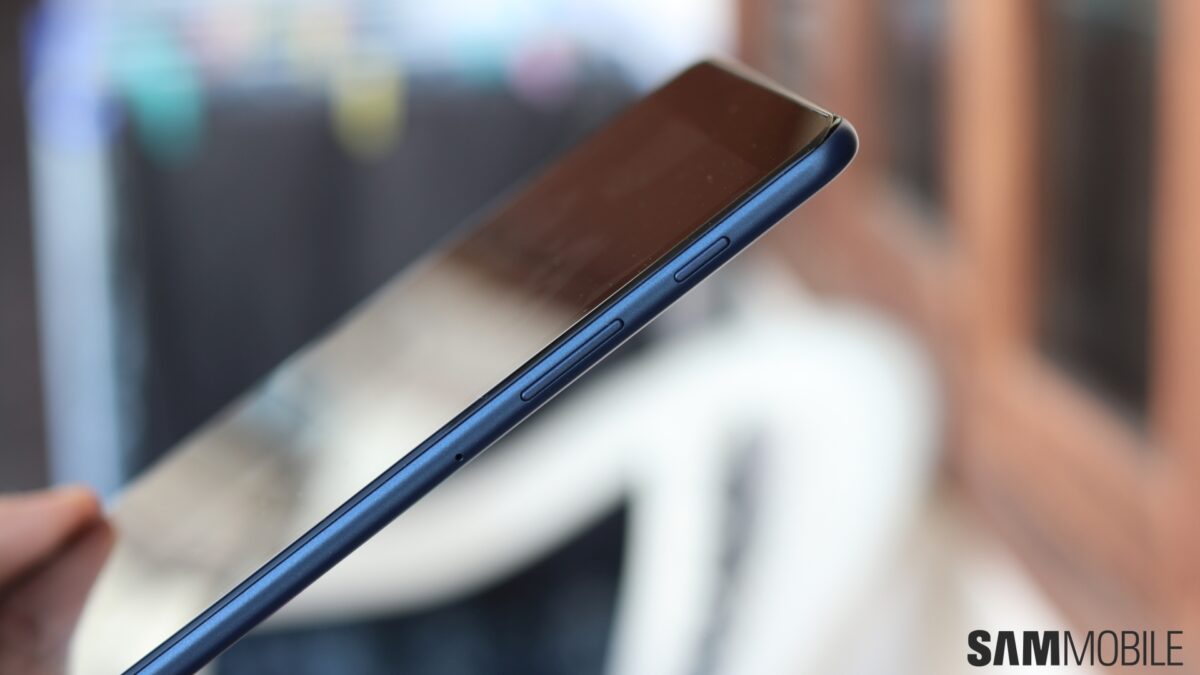 In December last year, we exclusively reported about Samsung working on a new Galaxy tablet with model number SM-P205. Since then, we haven’t heard much about the device, but today, alleged specifications of this tablet have surfaced online in a Geekbench listing. While Geekbench is not necessarily the most credible source for such information, the listed specifications do sound plausible and in line with our expectations from a midrange Samsung tablet.

According to the information on Geekbench, the SM-P205 tablet will be powered an Exynos 7885 SoC, with 3 GB of RAM and Android Pie 9.0 onboard. You can also add 32 GB internal storage and black and grey color options to the mix from our previous report. The device scored 1329 in single-core and 4150 in the multi-core tests, which are on par with other Exynos 7885 scores on Geekbench.

Samsung has often used the letter ‘P’ in the model numbers of tablets to denote S Pen functionality. For example, Galaxy tablets SM-P580, SM-P585, SM-P350, SM-P355, etc support the S Pen, and so the same may apply to the SM-P205 model as well. Also, the number ‘5’ at the end of tablet model numbers is used by Samsung to signify mobile data variants of its devices.

Interestingly, the model number SM-P205 doesn’t align with any of the existing Galaxy tablets, making it difficult to understand the company’s positioning of this device. Since firmware development has begun months ago and the tablet is now making an appearance on benchmark websites, the launch may not be too far. But given how little has been leaked about the device so far, it seems unlikely the device will make an appearance at the Galaxy S10 Unpacked event or the Mobile World Congress (MWC) this month. 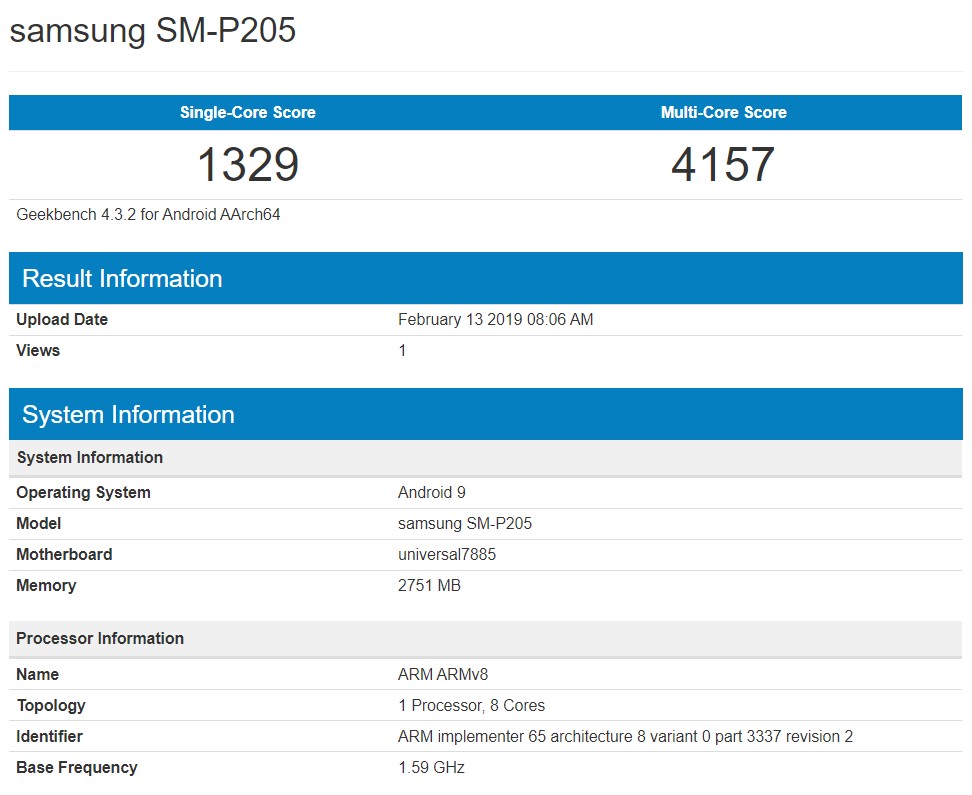