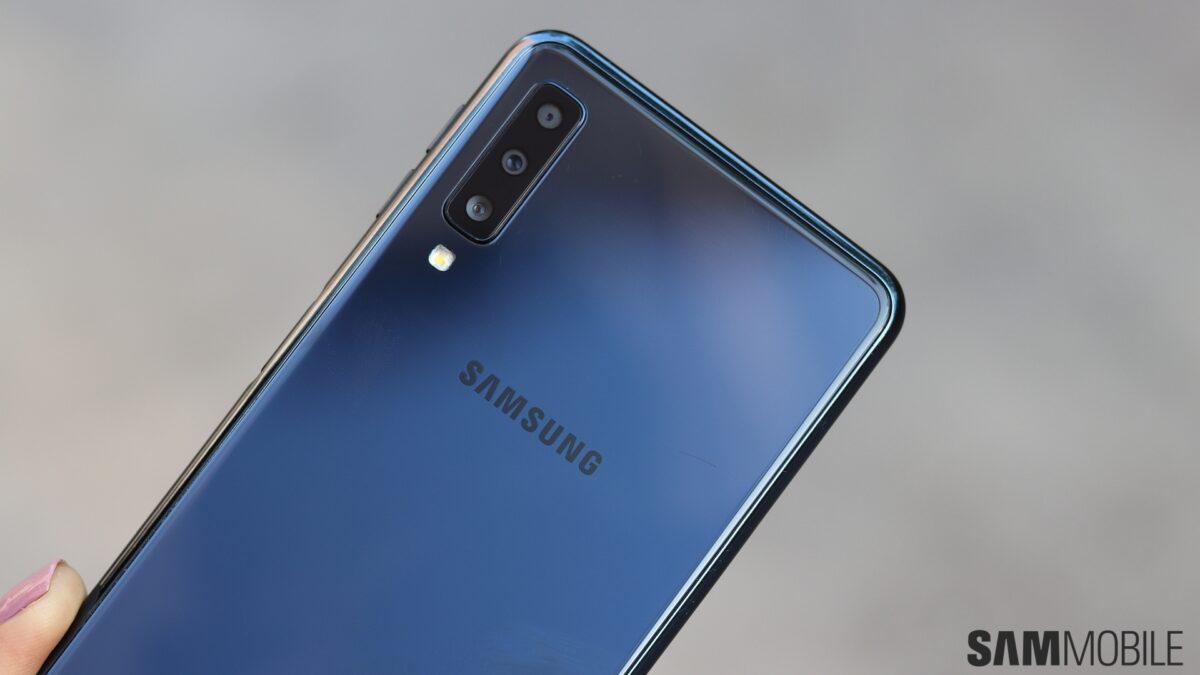 There has been a surge in the leaks and rumors about the much-awaited Samsung foldable smartphone as the device inches closer to launch. In the last couple of months, we have already seen reports about firmware development, design, battery, availability info, and more from various sources. A new report from Korea is now adding camera information to the mix.

According to ET News, Samsung’s foldable smartphone, rumored to launch as the Galaxy Fold, will reportedly sport a triple-camera setup on the back. The company has already released a couple of devices with a multi-camera system in recent months as part of its revamped midrange strategy. The upcoming Galaxy S10 is also expected to have a similar camera setup, and if we go by this report, the same setup will make its way on to the Galaxy Fold as well.

Samsung will go with the Galaxy A7 formula

There is no market standard for multi-camera systems on smartphones, and each company tends to add different lenses to achieve different objectives. The triple-camera setup on the Galaxy A7 (2018) consists of a primary sensor, a depth sensor for bokeh effect, and an ultra-wide lens. Samsung added a telephoto lens to the mix on the quad-camera setup on the recently launched Galaxy A9 (2018). According to ET News, Samsung will go with the Galaxy A7 formula, which is also the rumored setup on the Galaxy S10, for the upcoming foldable smartphone. The report doesn’t offer any information about the camera system on the front of the device.

The Galaxy Fold is believed to be an expensive offering – more expensive than the already pricey Galaxy flagship models. If the company is indeed going to charge such a premium, it makes sense to equip the device with all the latest tech in the market.