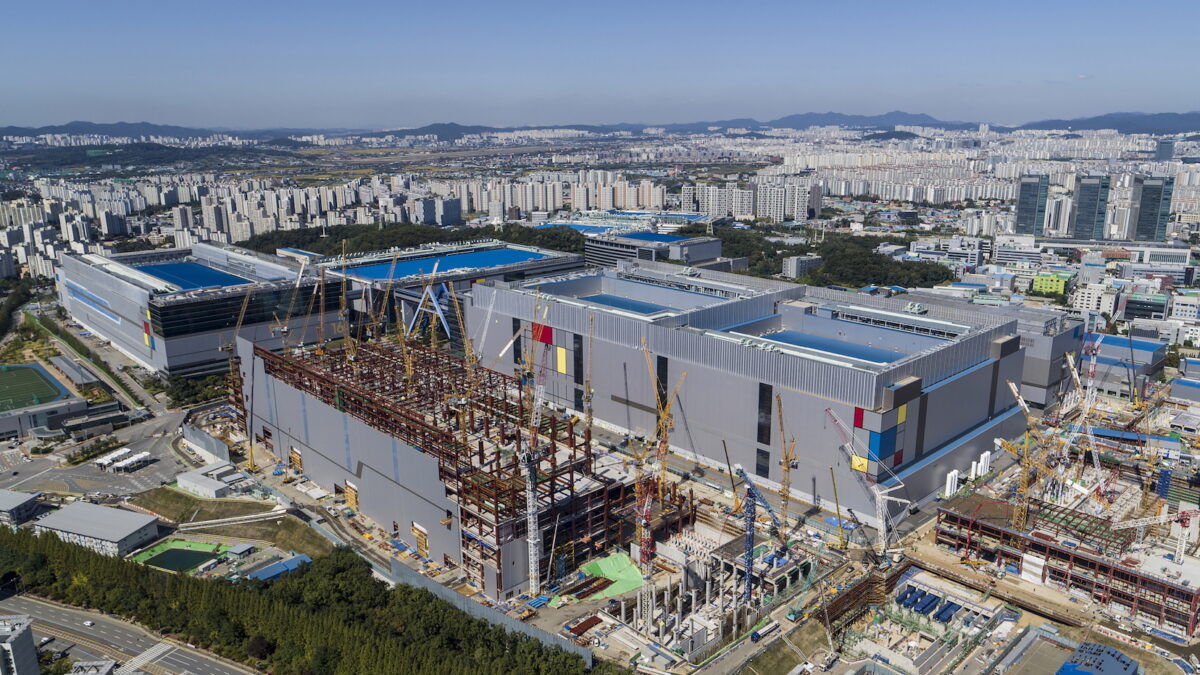 The Samsung 7nm chips are finally coming. Samsung announced today that it has started producing completed all process technology development and start wafer production of its 7LPP process node. The 7-nanometer LPP (Low Power Plus) chips are being produced using the highly complex extreme ultraviolet (EUV) lithography technology. Samsung is the first semiconductor manufacturer to use this chip manufacturing technique.

The EUV technology has been in development for decades but manufacturers have found it difficult to scale in factories. Samsung has been researching this technology since the early 2000s. It has only just now been able to start production based on this technology which goes to show its highly complex nature. This is a big achievement on Samsung’s part.

The EUV technology only requires a single mask to create a silicon wafer layer whereas ArF can require up to 4 to create that same layer. Samsung says its 7LPP process can reduce the total number of masks by almost 20 percent. This will result in cost savings for its customers and allow their products to come to market quicker.

The process technology improvements will also deliver better performance and lower power consumption in chips that are smaller. This means that mobile chips built on this technology will not only be faster but will aid battery life as well while taking up less space inside the device. Samsung says that its 7nm chips will deliver 20 percent performance gain and up to 50 percent lower power consumption.

Samsung has started initial EUV production at its S3 Fab in Hwaseong, Korea. It expects to add another EUV line by 2020. Customers of Samsung’s semiconductor division will now be able to have chips made on this process node. Samsung says that the technology will provide customers with the ability to push boundaries in artificial intelligence, 5G, Internet of Things, networking, etc.

South Korean President Moon Jae-in attended a White House summit with US President Joe Biden earlier today, and the main topics of conversation were the ongoing semiconductor shortage and the Biden administration’s plans to establish a strong local chipmaking infrastructure with the help of companies like Samsung. On the other hand, Reuters reported today that the […]

Samsung has finally decided where it will build its new EUV semiconductor manufacturing facility on US soil. The company reportedly had a choice between the states of Texas, Arizona, and New York, with each offering incentives for tech giants who’ll end up contributing to building the local chip-making infrastructure. And according to the local media, […]

Samsung may have lost the race for acquiring EUV equipment to TSMC, but the battle is not over yet. The Korean government has seemingly jumped to Samsung’s rescue earlier this week when the Ministry of Trade, Industry and Energy told the local media that ASML is looking to invest 240 billion won ($212 million) in […]

Samsung doubling down on cutting-edge tech that literally cuts edges

Samsung is planning to up its spending on extreme ultraviolet (EUV) lithography scanners over the course of this year, South Korean media reports, citing sources close to the company. EUV machines have been at the heart of Samsung’s foundry operations for only a little while, debuting with the commercial launch of its 7nm process node. […]

Samsung’s semiconductor business arm is scoring another win as the company has signed an agreement to manufacture IBM’s latest processor chip for data centers. IBM unveiled its new POWER10 data center chip earlier today as a successor to the IBM POWER9 solution. POWER10 promises up to three times energy efficiency improvements and it will be […]