Samsung was due to break ground on a new production line for 7nm chips and that’s precisely what the company has done today. It broke ground on a new line in Hwaseong, South Korea to maintain its leadership in the advanced semiconductor technology market. Samsung is going to invest $6 billion into this new line and the company says that it may invest more depending on market conditions when production begins.

Construction on the new line is going to be completed in the second half of 2019 before production begins in 2020. With the new line, Samsung will be able to establish its leadership in the single nanometer process technology by meeting market demand for mobile, server, network and high-performance computing chips.

This new production line is going to be equipped with EUV (extreme ultraviolet) lithography equipment to help Samsung maintain technological leadership in single nanometer processes. EUV light has shorter wavelength compared to ArF lights that are used currently and it will allow circuit drawings that are more detailed and precise for single nanometer chips.

Samsung is going to utilize the EUV technology with its 7nm Low Power Plus process. The company already announced yesterday that Qualcomm’s new 5G mobile chipset is going to be built on the 7nm LPP process. 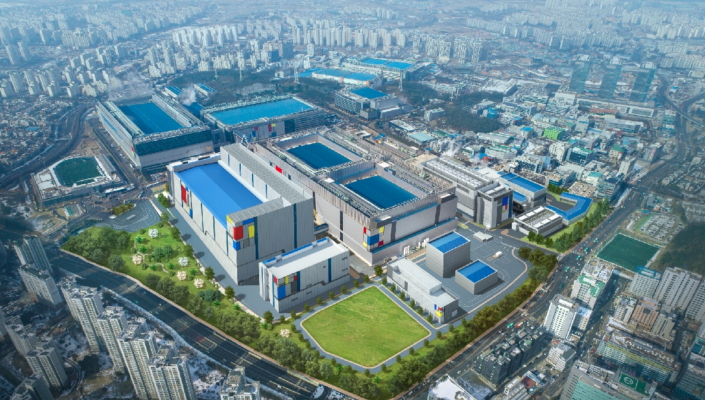