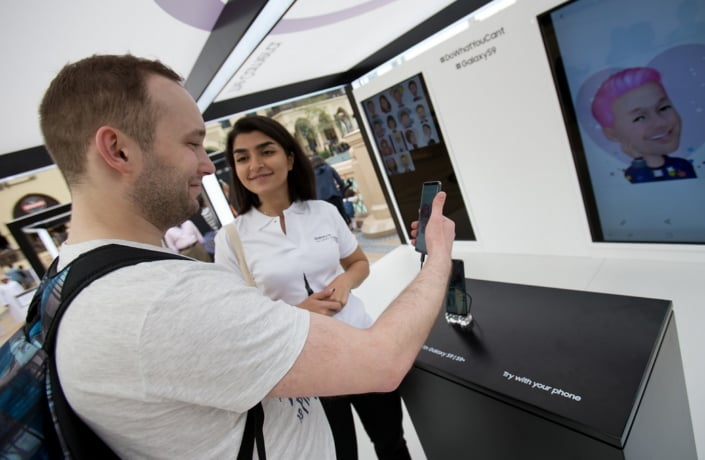 The Disney AR Emoji lineup on the Galaxy S9 and Galaxy Note 9 has been updated today. Zootopia’s three main characters have been added to the lineup. Judy Hopps, Nick Wilde and Flash have joined the growing roster of Disney characters in AR Emoji.

AR Emoji was introduced by Samsung with the Galaxy S9. The feature creates a digital likeness of the user’s face and can track their facial movements to bring these characters to life. Samsung teamed up with Disney from the word go and that partnership has brought many of the latter’s popular characters to this feature.

The 2016 mystery/crime animated film Zootopia did very well for itself. Galaxy S9 and Galaxy Note 9 owners who loved this movie will be happy to get the characters in AR Emoji.

These are far from the only Disney AR Emoji characters. The first movie franchise to be a part of this feature was The Incredibles. Disney also brought the characters from its hugely popular 2013 movie Frozen just two months ago.

You can get the Zootopia Disney AR Emoji pack for free. Simply launch the camera app and swipe to AR Emoji mode. Tap on the plus icon in the bottom right side because Zootopia will be at the top of the list of available stickers. Tap on it to install the pack from the Galaxy Apps store. You can also install it directly from the store, so search for Zootopia AR Emoji. As a result, the characters will be available in the AR Emoji camera mode.

Samsung has released AR Emoji for Galaxy Note 8 and Galaxy S8 recently. However, it’s a watered-down version of the feature. You will only be able to use the Disney AR Emoji packs on the Galaxy Note 9 and Galaxy S9.