Samsung appears to be gearing up to launch a new smartphone merely a couple of months after the Galaxy Note 9 arrived on the scene. Details are slim at this point in time but the invite it has posted on its website hints at the possibility that this may be the rumored device with four cameras.

It was rumored by a China-based leakster about a week ago that Samsung has a new device with four cameras. He also added that all of the cameras are present at the back of the device. No further information about this mysterious device has appeared since then. It’s also unclear if it will be part of an existing lineup or if it would mark the launch of an entirely new series.

The invitation that Samsung has posted on its website today says “4x fun,” which could be hinting at this rumored device. The Galaxy Event for this device will take place on October 11th. No venue is mentioned so it’s possible that it may be an online reveal.

Samsung further mentions on its website that its “newest Galaxy device is bringing more ways to express yourself than ever before.” It does confirm that a new device will be launched on October 11th and invites fans to “Capture the fun with Samsung.” Yet another indication that it may have something to do with the four-camera device.

This could be the Galaxy A9

Sources have told SamMobile that the new Samsung Galaxy A9 will feature four cameras at the back. The handset will be available in 64GB and 128GB storage options with blue, pink, black and gold colors. The series may have two models, the other being the Galaxy A9+. With the company’s renewed focus on introducing new technologies with affordable devices, it’s not surprising to see that what could potentially be Samsung’s first four-camera device is not a flagship.

Would you be interested in picking up a device with four cameras at the back? Discuss in the comments below. 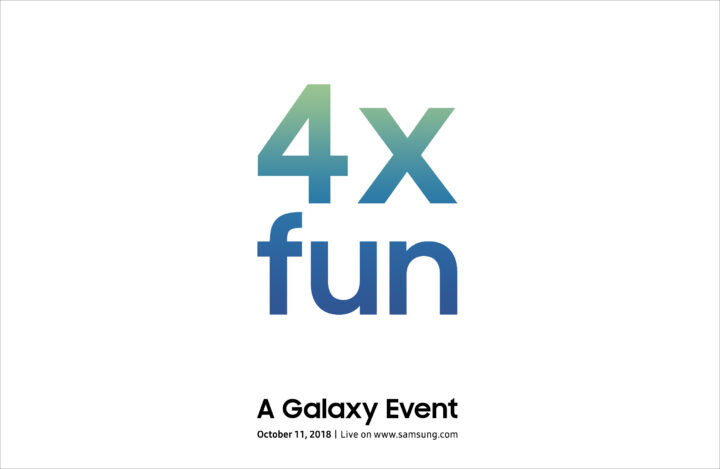